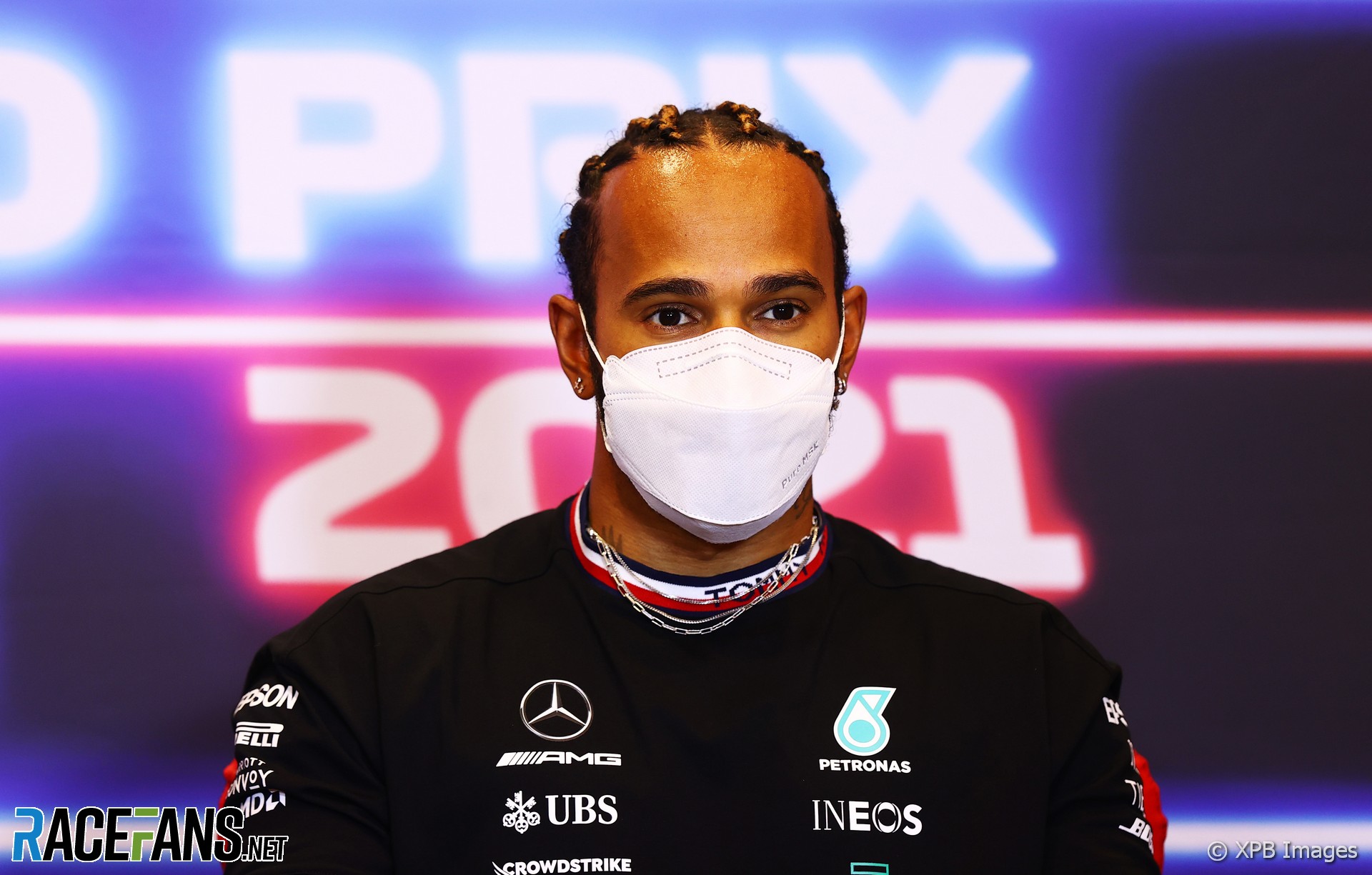 Lewis Hamilton says he knows from experience young people who come into professional sport like Naomi Osaka need help to cope with its pressures.

The world champion, who made his F1 debut at the age of 22, spoke up in support of the 23-year-old tennis ace after she withdrew from the Paris Open tennis tournament this week. Osaka refused to participate in press conferences for the event due to the strain she said they placed upon her mental health.

Hamilton, who has already publicly supported Osaka on social media, said today he understands the pressures she has faced as a young competitor in professional sport.

“I think she’s an incredible athlete and human being,” he said. “Her activism has been just so impactful and at such a young age there’s so much weight on her shoulders.

“It’s inevitable, the fact is, when you’re young you’re thrown into the limelight and the spotlight and it weighs heavily on you and probably most of us are not prepared.

“I remember when I got into F1 the team had PR [public relations], I was never prepared for being in front of a camera, I was never guided as to what to look out for and helped to navigate through that. So you just learn through the mistakes and it’s incredibly nerve-wracking especially when you have all good intentions but people take advantage of it.”

Hamilton has had difficult encounters with the media in the past. In 2016 he refused to take questions from journalists at a press conference in Japan. Now in his 15th season of Formula 1 he admitted he still finds media engagements challenging.

“I’ve learned the hard way and made many mistakes and I still do today,” he said. “It can be daunting, still, standing behind a camera.

“It’s not the easiest. Particularly if you’re an introvert and you do struggle to be under those sorts of pressures. Some people are less comfortable than others. I’ve learned over my time here, and I’m trying to continue to learn how [to] engage.

“But as I said when I was young I was thrown into the pit and I wasn’t given any guidance or support. What I do know is when youngsters are coming in they’re facing the same thing as I did. And I don’t necessarily know if that’s the best for them.

“I think we need to be supporting more. It shouldn’t be a case where you’re pressured. There are scenarios where, for example Naomi’s scenario, she didn’t feel comfortable for her own personal health not to do something and the backlash is ridiculous. People are not taking into account that she’s a human being and she’s saying that [she’s] not well enough to do this right now. I think that need to be really looked into and how people react to that and rather be supportive and uplifting to her.”

Before the tournament began, Osaka declared she would not take part in any press conferences around the event. The organisers fined her $15,000 and threatened her with expulsion from the event if she refused to speak to the media, prompting her decision to pull out.

“I think she’s incredibly brave,” said Hamilton, “and I applaud her for her bravery because it’s now asking those in power, putting them in question and making them have to think about how they react.”

He criticised the event promoters for fining Osaka. “The way they reacted was not good, with the fine. Someone talking about their personal mental health and then being fined for it, that wasn’t cool.

“They could have definitely handled it better. I hope they take a deep dive into it and find a better way to navigate in future. As athletes we are pushing ourselves to the limit, we are on the edge, and we’re only human beings.”

98 comments on “Hamilton: I was “thrown into the pit” in F1 like Osaka, she deserves support”