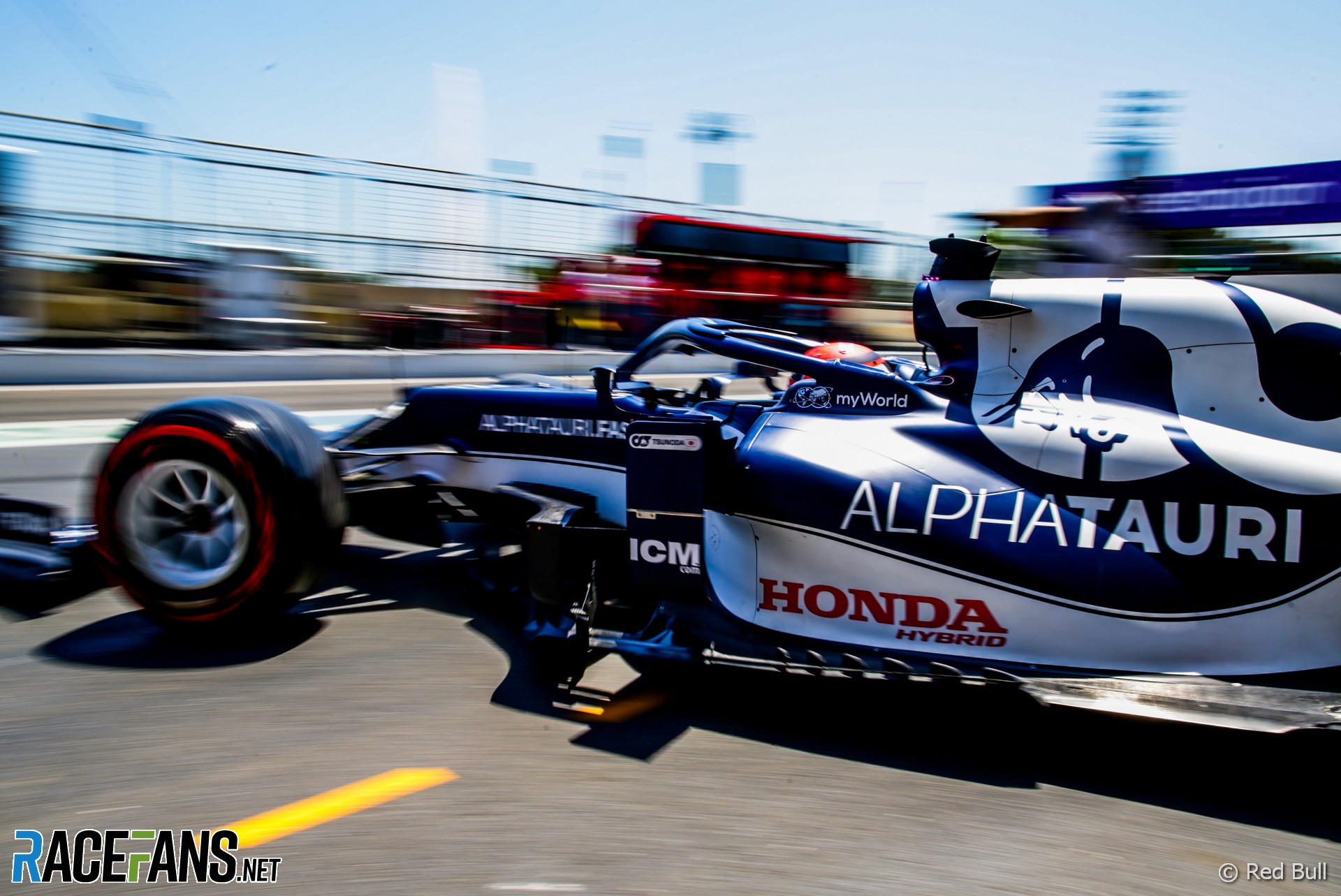 Tsunoda scored his first points since Bahrain with a career-best seventh place finish on Sunday. Tost said “Yuki did a fantastic job” during the weekend.”

“Okay [he had] the small incident but it was in qualifying three and can happen, happened also [to] more experienced drivers,” he added.

Tsunoda crashed during Q3, bringing the session to a premature end in his first appearance in the top 10 shoot-out.

The AlphaTauri team principal said Tsunoda’s speed in the race was even more impressive than during qualifying. “His race pace sometimes was unbelievable.

“I was really worried that something [would] happen because he was really fast. He is in a very good way.”

Tost expects more points finishes from Tsunoda as the season goes on. “I think that he will come up with some good results also in the second half of the season when he got a little bit more experience and especially on race tracks which he knows.

“He improved a lot, we must not forget [it’s his] first time in Baku. Of course, in Bahrain he scored two points when he finished ninth, but he knew the track quite well from Formula 2, then we tested there. We could find a good set-up.

“But we came here, to Baku; he didn’t know the track and he immediately got quite familiar with it. He started from seventh position and finished seventh and for me [it was a] really fantastic job from his side, fantastic performance.”

Following the Monaco Grand Prix, Red Bull moved Tsunoda to Italy, where Tost has devised a new, intensive training regimen for the rookie.

He sees great potential in the rookie, despite a difficult run of races prior to last weekend. “We have to work on some things,” said Tost. “We know this but I’m confident that we get everything together because he is a super talent.”