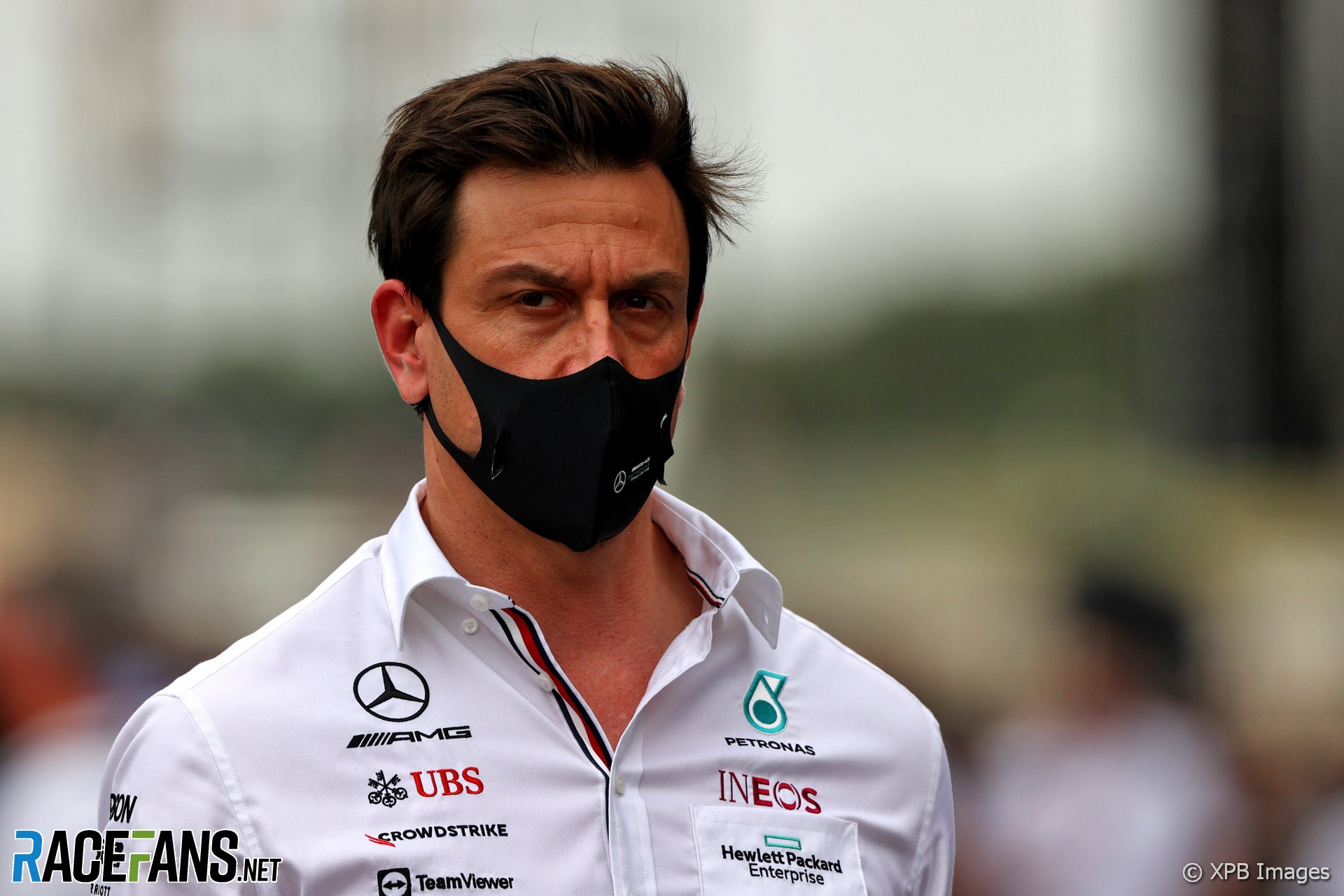 Mercedes CEO Toto Wolff has clarified comments he made yesterday saying he was unlikely to select a team mate for Lewis Hamilton until December at the earliest.

Asked when he was likely to confirm who will partner Hamilton next year, assuming the seven-times world champion remains at the team, Wolff said: “Somewhere in the winter, I think, but I don’t know if it’s December or January or February.”

Prompted to confirm the delay until winter, Wolff said it was “highly possible because we have always been committed and loyal to the drivers and this is what we are doing.”

However Wolff told media in a subsequent interview today he does not intend to wait that long.

“It was a wind-up,” he said. “Because you get asked this question so often.”

Wolff faces a choice between Hamilton’s current team mate Valtteri Bottas and junior driver George Russell to drive for the team in the 2022 F1 season.

“So what’s the delay?” he continued. “Two drivers for one seat, two drivers that still can have a great career in Formula 1.

“I want to just see Valtteri’s full potential this year and continue to observe George driving for Williams and handling their situation.”

30 comments on ““It was a wind-up”: Mercedes won’t wait until winter to name Hamilton’s team mate”