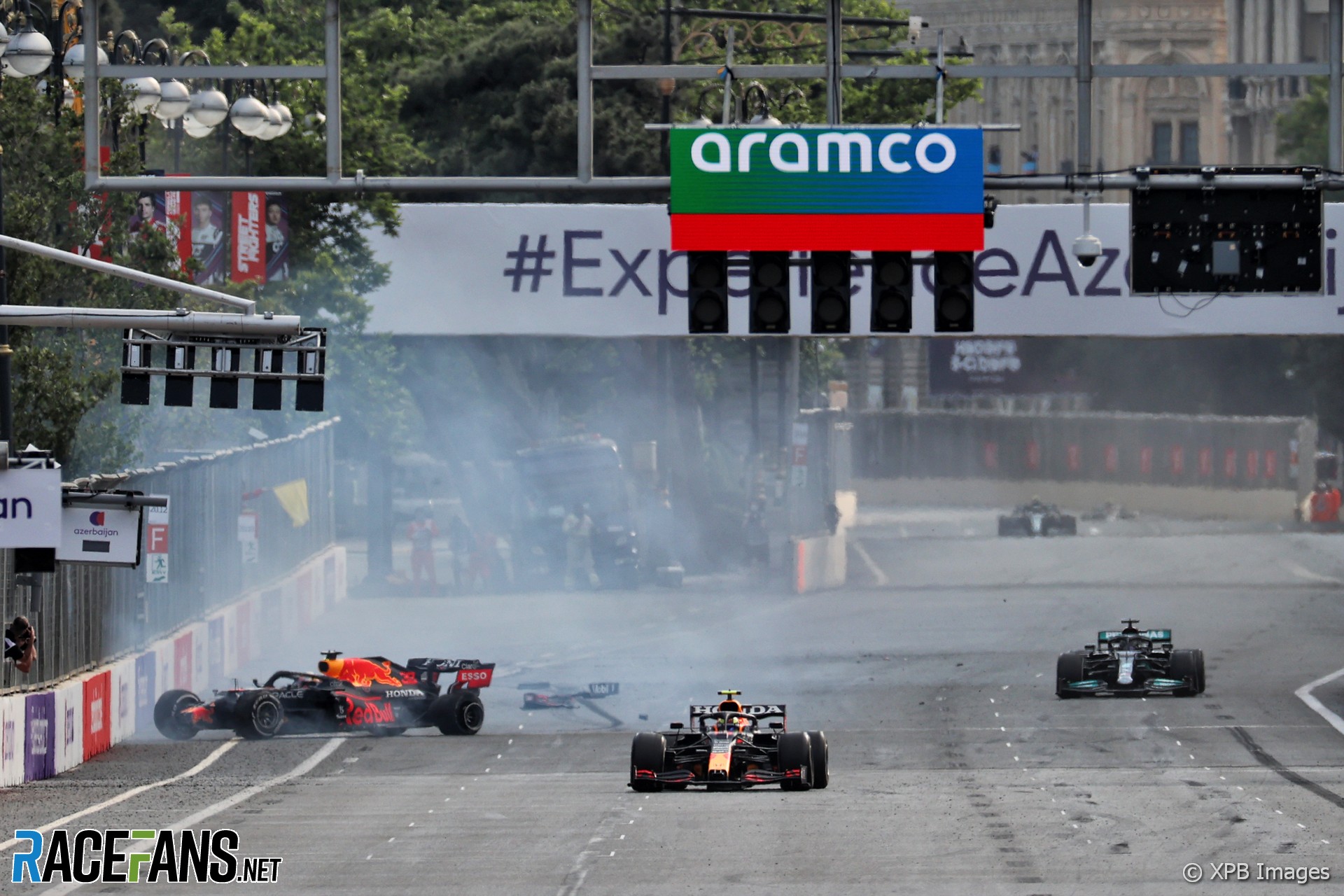 Formula 1 drivers said they felt reassured by a lengthy meeting with Pirelli on Friday to discuss the tyre failures suffered by two of them in the Azerbaijan Grand Prix.

A notable dissenter was Max Verstappen, one of two drivers who experienced the failures, which cost him a likely win in the race, who said he was “still not happy” with the explanation Pirelli has given for the failures. However several of his rivals said they were pleased with how the meeting had gone.

“We did get a lot of explanations,” said Daniel Ricciardo. “There was a lot of questions as well.

“It was a fairly productive conversation, I think. There was involvement from everyone so that was positive.”

Drivers spoke at length with Pirelli’s head of motorsport Mario Isola and Formula 1’s head of single-seaters Nikolas Tombazis over the failures Verstappen and Lance Stroll suffered two weeks ago.

While Pirelli denied any problem with its product had caused the failures, it also stated the drivers’ teams – Red Bull and Aston Martin – had complied with their prescriptions on how the tyres should be run. The explanation left questions over how the failures arose.

“Definitely before the meeting, there was a little bit of a lack of clarity,” said Ricciardo. “Was it the other teams kind of breaking the rules, was it Pirelli not giving us something good enough?

“I think we left the meeting with a better understanding. I’ll be honest, I don’t understand tyres or the technology involved but I was a little more at ease after our chat last night.”

Ricciardo added he was “definitely more comfortable leaving the meeting than what I was before.”

The FIA has introduced a revised technical directive for this weekend imposing new restrictions on how tyres should be used. On Thursday Isola said the failures occured because some teams’ tyres reached a lower pressure than Pirelli expected, but stressed “we didn’t say that the teams made something that is not permitted in the regulation”.

Verstappen’s team mate Sergio Perez said Pirelli told drivers the teams who suffered the failures had not been breaking the rules.

“They made it clear as well to everyone, because there’s been some talk in the media that some teams have been cheating, which is not the case and is not what Pirelli said. So they basically say that the media has turned things around and they haven’t blamed any single team.”

The Red Bull driver described the meeting as “intense”, and said Pirelli “gave explanations and they seem to be more comfortable going forward with the prescriptions they’ve been giving.”

Ferrari driver Carlos Sainz Jnr said the meeting had been “very productive” and said he sympathises with the challenge Pirelli face in designing tyres to cope with the rising cornering speeds and weight seen in F1.

“Honestly, I feel in a way for Pirelli. We try and keep comparing the product to years and years back. And I guess years and years back Pirelli and other manufacturers didn’t have the limitations with the materials they can use to build the tyre and they were not really producing a tyre to sustain the downforce levels that we are having plus 800 kilos of a car.

“The fact that we are quicker than 10, 15 years ago with 150 kilos extra on the car, it just shows the amount of stress that is put through the tyres and what a challenging job Pirelli has on their hands.”

Sainz said the drivers told Pirelli to err on the side of caution. “We’re trying to support them, but we are as drivers asking for [them to] be as precautionary, as safe as they can be with everything, because we don’t want any accidents.”