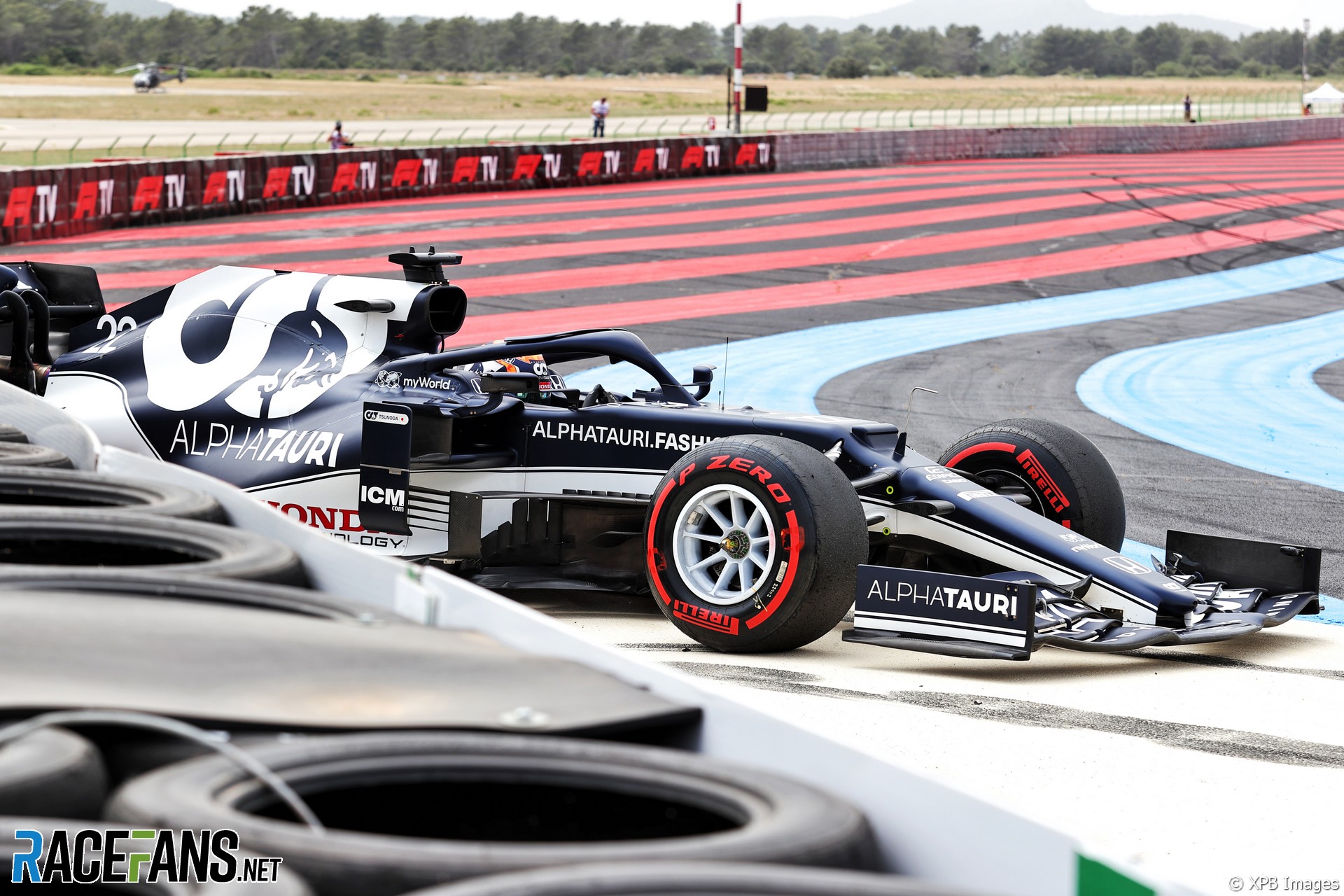 Yuki Tsunoda apologised to his AlphaTauri team after crashing out of qualifying for the third time at the seventh round of the season.

The rookie spun backwards into a barrier at turn two on his first lap in Q1. It is his second qualifying crash in a row, after he hit the wall during Q3 in Azerbaijan. Tsunoda also crashed out during Q1 at Imola.

“It was my mistake today in qualifying and I want to apologise to the team,” he said. “I just used too much of the yellow kerb at turn one and I spun out.”

Tsunoda’s car juddered unusually as he headed backwards into the barrier. “I tried to brake as much as possible to avoid contact with the barrier, but it was like skating on ice as I was going backwards,” he explained. “It was fairly low [speed] impact, but there is some damage to the car so the team will have to work hard tonight to get me ready for tomorrow.”

He was the first of two drivers to crash during today’s qualifying session. Mick Schumacher hit a barrier at turn six towards the end of Q1. The Haas driver said “a combination of a few factors” led to his car snapping out of control.

“It was partially because I had a very good exit out of turn five into turn six, basically I carried a bit more speed through and seems like the wind conditions had changed a bit also in that particular moment,” he said. “And all of those things combined basically equalled in the rear snapping.

“Therefore it was very hard for me to react to it. Looking back at it, obviously you can always think I could have done something better. And when after the car already spun, you can always try and manage it in some ways. But to be fair, I think things happen so quickly, especially at those speeds, that it’s very hard to judge where the wall is and what to do in what moment.”

Schumacher achieved his highest starting position of the season so far with 15th place, partly due to the red flags caused by his crash which prevented other drivers from improving their lap times.

“We had a car that was very good, had very good potential and it felt very good to drive,” he said. “That reflects in the position that we’re in right now.”