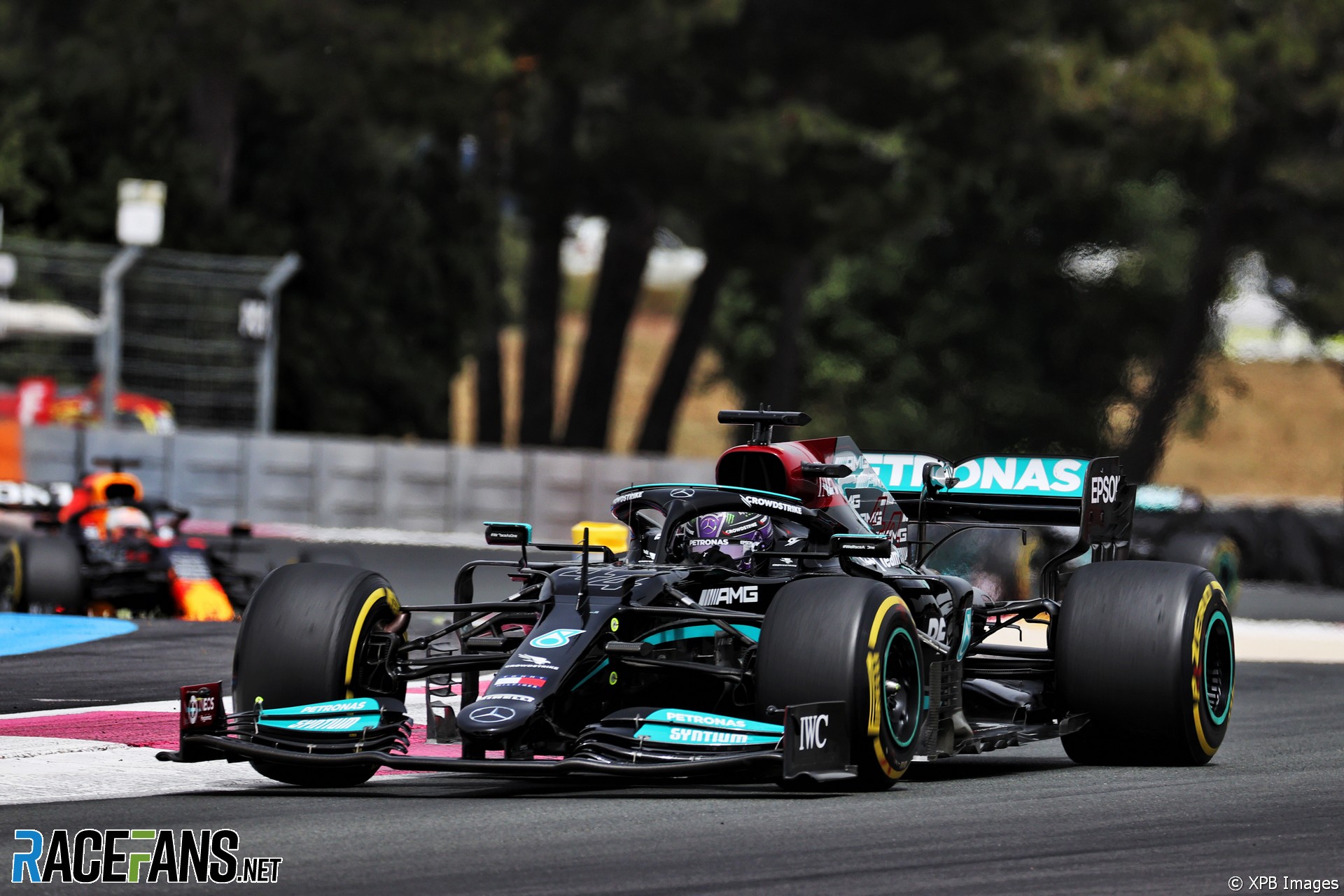 Lewis Hamilton said he didn’t understand how he lost his early advantage after finishing second in the French Grand Prix.

The Mercedes driver took the lead on the first lap of the race when Verstappen went off at turn two. But he dropped behind the Red Bull driver when the pair made their first pit stops, Hamilton coming in on the lap after Verstappen.

“I’m not really sure how we lost position today,” Hamilton said, admitted the team “didn’t know how strong” the benefit of being the first to fit fresh tyres would be.

The Mercedes driver moved back into the lead when Verstappen made his second pit stop on lap 31. While Hamilton stayed out, Verstappen close on him steadily, and passed for the lead approaching the Mistral chicane on the penultimate lap.

Hamilton said the team did the right thing by leaving him out at that point.

“He was already quite far ahead the only option I had was to stay out otherwise because he’s again undercutting me he would just come out ahead and I wouldn’t be able to pass, they’re too quick on the straights. The only option was to stay out as long as possible and hope the tyres hold together.”

“We’ve got to find some pace, that’s for sure,” he added. “Most of the time we lost today was on the straights. We’ve got to dig deep, find out where that is, whether it’s power or drag. We’ve still got a good package.”

The world champion said he was relieved by the result following an uncompetitive start to the weekend in practice.

“Congrats to Max he did a great job today,” said Hamilton. “They just had better strength all weekend.

“Considering we had such a difficult Friday I’m really happy with today’s result. Of course we didn’t win and we were in the lead but I had no tyres left at the end and unfortunately lost the position. Still, it was a good race.”