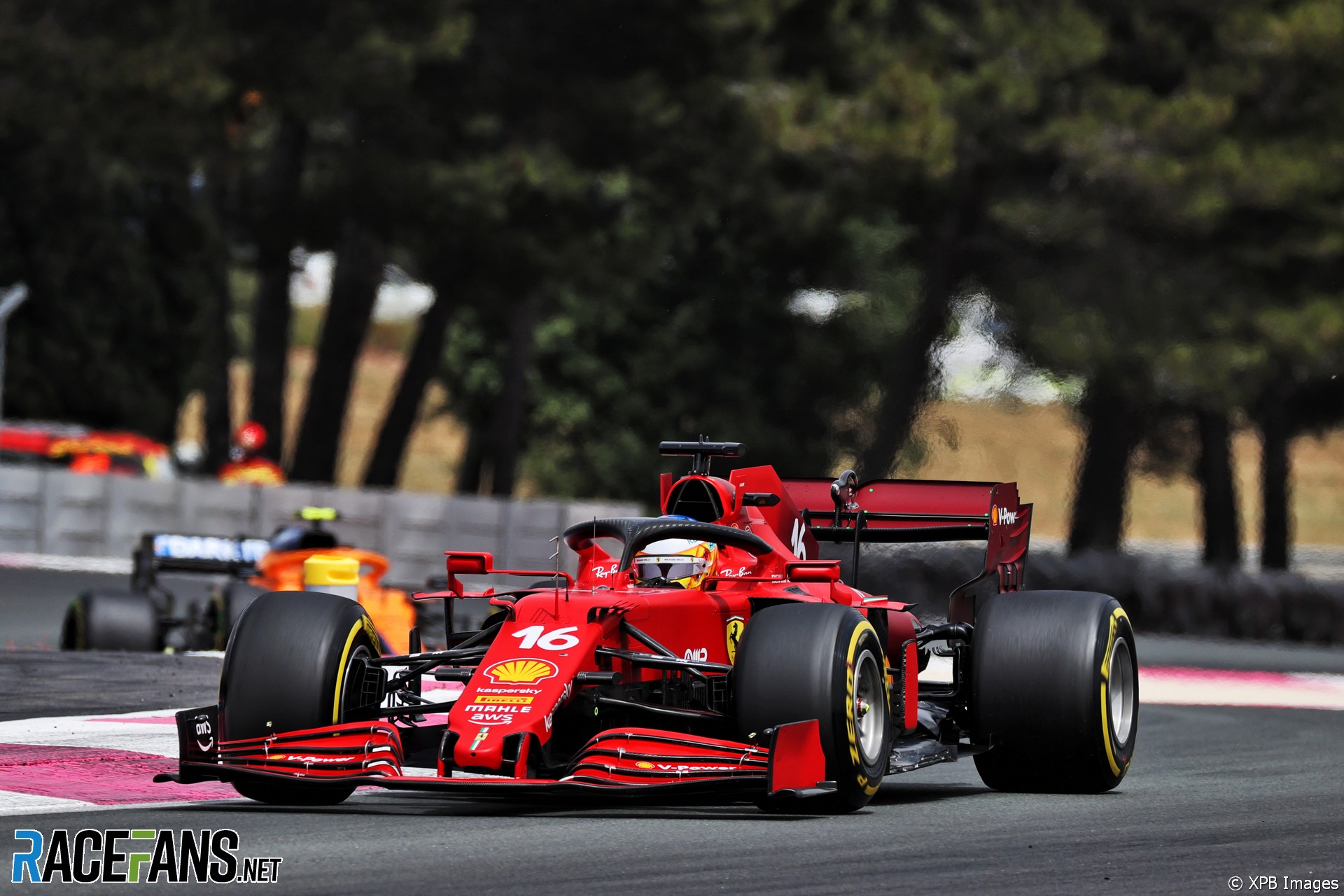 Charles Leclerc admitted he was at a loss to understand the tyre degradation which led him to finish 16th in the French Grand Prix.

The Ferrari driver took the chequered flag ahead of just three other cars after pitting twice at Paul Ricard. He said the team “really need to understand” what went wrong.

His team mate Carlos Sainz Jnr also failed score, finishing the race in 11th place. Both drivers started on the medium compound then switched to hards, and Leclerc made an extra stop for another set of mediums.

“It was very bad for both of us, for Carlos and I, we struggled massively on both compounds,” said Leclerc.

“At the end, we tried, with me, a medium to see whether there was something that we could have done better. But it was the same as the first stint, I did three or four laps quite okay, and then we degraded like crazy.

Formula 1’s official tyre supplier Pirelli will bring the same three compounds to next weekend’s Austrian Grand Prix. Leclerc said Ferrari will see if they can identify the case of their problems before the next round.

“If we find something, I expect some things to change,” he said. “But we need to find what is going on first. So, let’s work hard as a team and we can find something for the next race.”