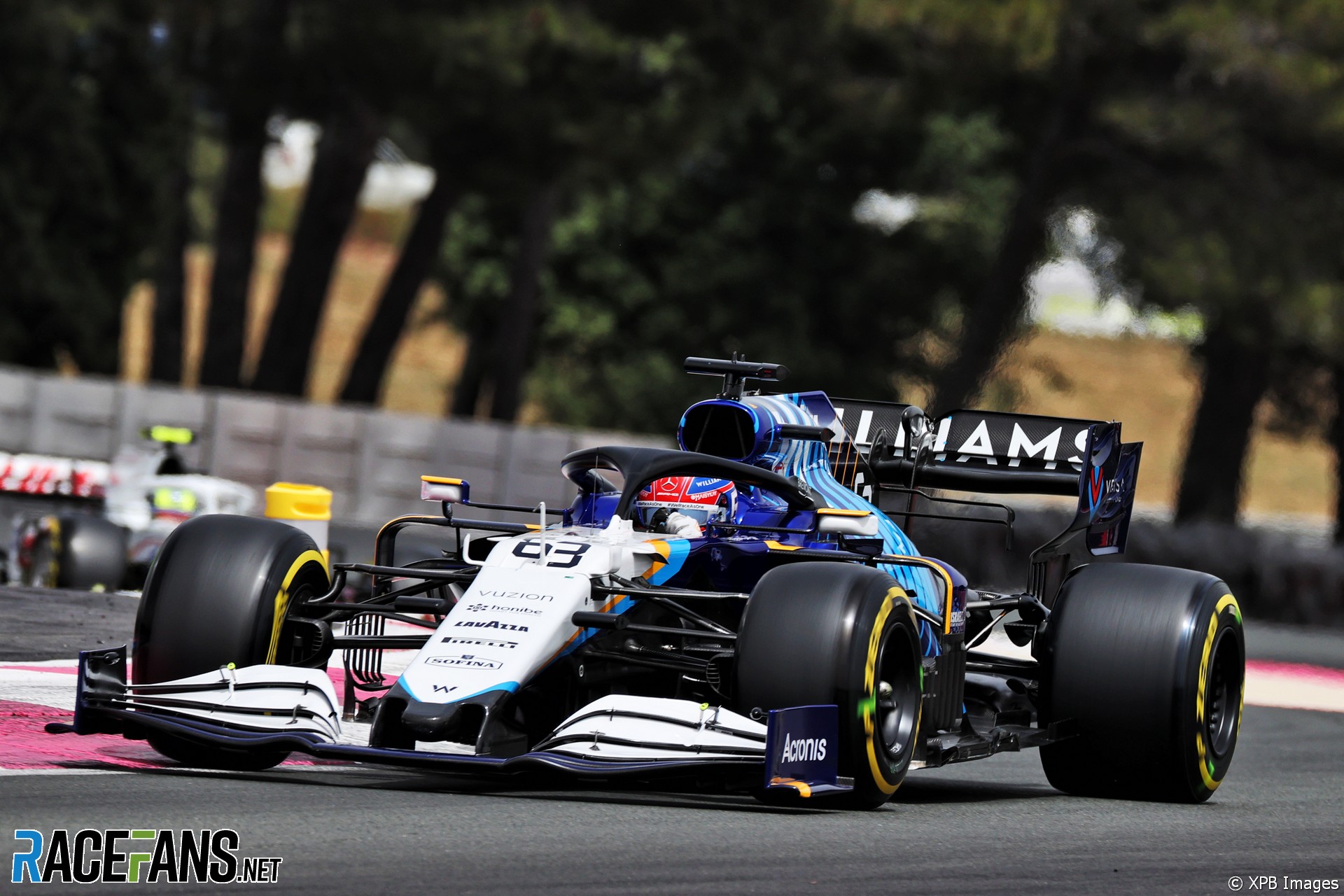 George Russell said he was frustrated to finish out of the points despite a strong race at Paul Ricard.

The Williams driver scored his best result of the season, beating several drivers he qualified behind, but remains yet to score.

“To beat the Alfas, overtaking Tsunoda on track to get ahead – we don’t normally do this. It’s just so frustrating, every time we have a good race there’s never any retirements or incident or anything.

“This has happened I think three times now where we’ve finished 12th or something and we’ve had a really strong race. But it’ll come, I’m just really happy with how things panned out.”

Russell, who also finished ahead of Charles Leclerc’s Ferrari, praised his team for “a very well-managed race with the tyres” on a day when others struggled with their rubber.

“It was incredibly difficult to balance between not going too quick and graining the tyre and not going too slow and losing the temperature. And we did a really good job. I was really confident in the car.”

Despite not scoring, Russell’s result moves Williams up from last place in the constructors’ championship to ninth ahead of Haas. “I had this in the back of my mind,” he admitted.

“If we’re not in the points we need to focus on getting that P9 back in the championship. I mean, we obviously don’t know if Haas will score points this year or not, but it’s making sure we finish as high as possible so we beat them even if we’re on zero points.

“P12 today, back in P9 in the constructors, this is very important for the team.”