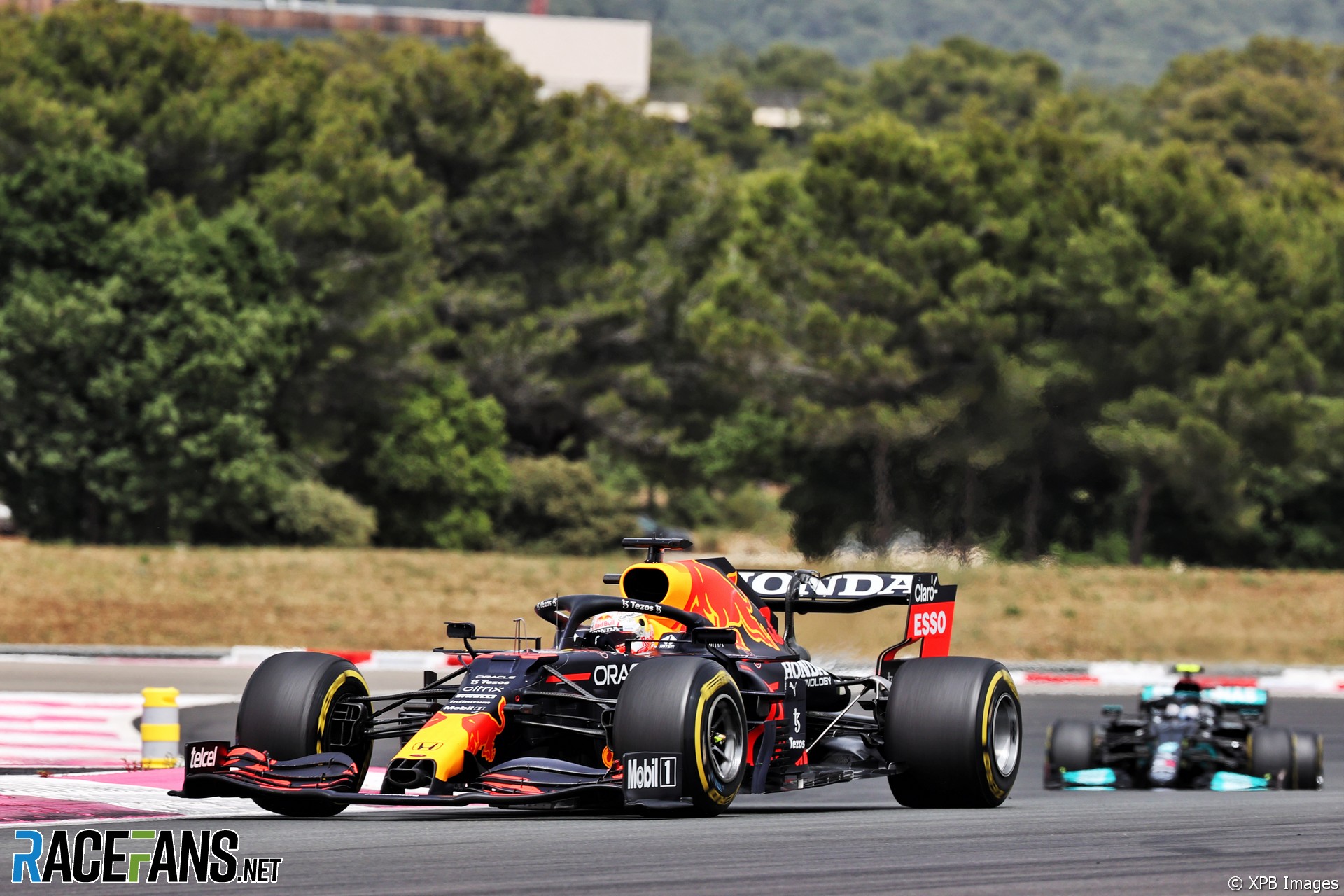 Max Verstappen said he “had to work hard” to reclaim the lead of the French Grand Prix from Lewis Hamilton on the penultimate lap of the race.

Verstappen ran wide at turn two on the first lap of the race, losing the lead to Hamilton. He regained the lead by making his first pit stop one lap before the Mercedes driver, who emerged from the pits behind him after his first stop.

The Red Bull driver made a second pit stop on lap 31, which dropped him behind both Mercedes drivers but was able to catch Valtteri Bottas on lap 47 and Hamilton on the penultimate lap to reclaim the lead.

He said the race had become more enjoyable “towards the end” but that “at the beginning it was super-difficult with the wind, so one lap you had an okay balance and the next lap you were just sliding everywhere, so [it was] really difficult to keep the car stable.”

Verstappen first took the lead from Hamilton after the latter pitted, emerging just behind the Red Bull. The Mercedes pair followed him closely at the beginning of the second stint.

“Once we made the first pit stop then you could clearly see, on the hard tyres, they were pushing me hard from behind,” said Verstappen. “But then when we made the call to do the two-stop then in the end that paid off.

“We had to work hard for it but, of course, very rewarding.”

After pitting for the second time, it took until the second-to-last lap of the race for Verstappen to come within DRS range of Hamilton. He said “It [was] difficult because there was quite a lot of back markers to go through but luckily they did well and we could have a good fight to the end.

“As you could see, the whole race we were fighting each other so I think it will be like this for the rest of the season.”