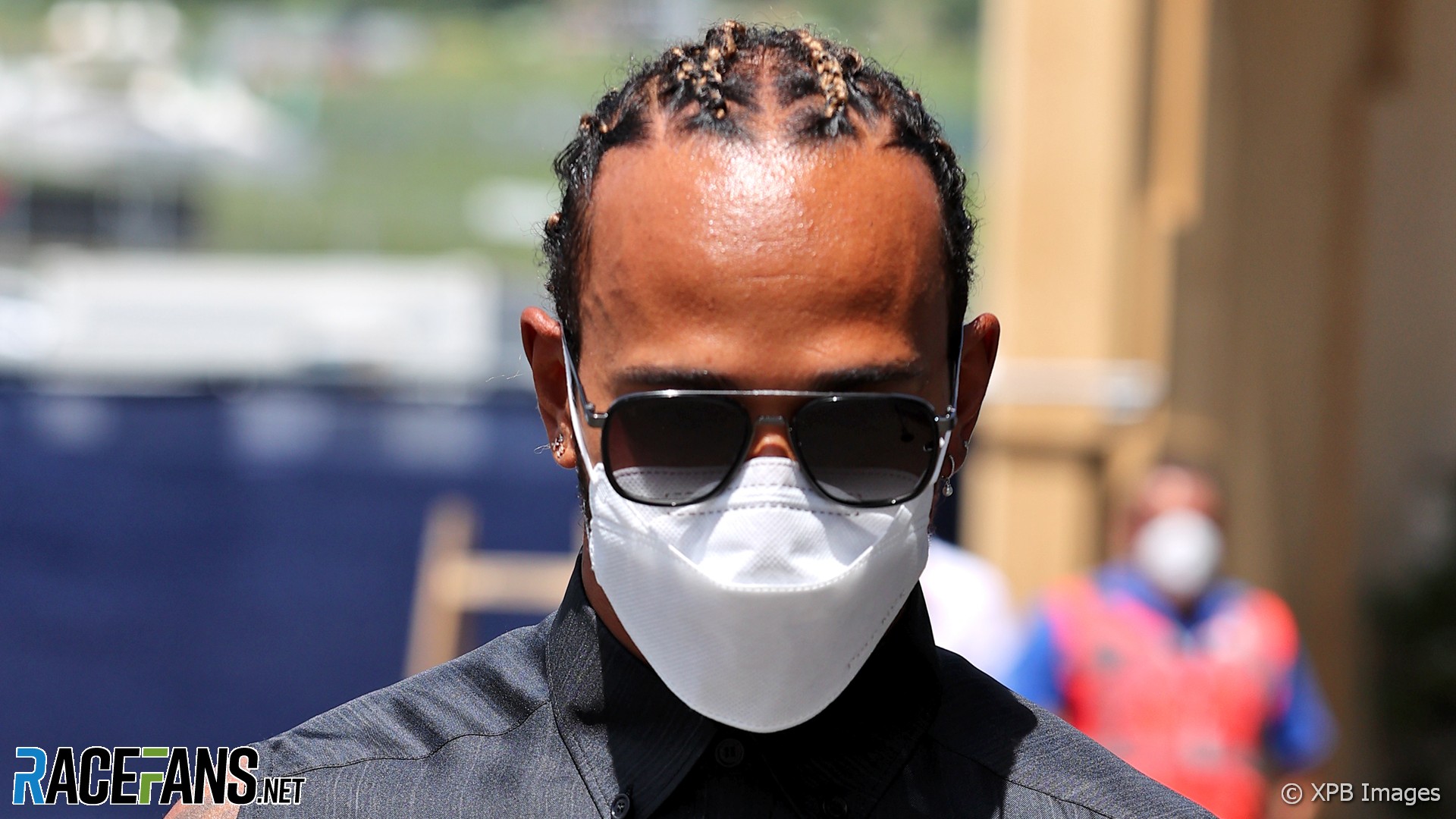 Lewis Hamilton has welcomed the news that Silverstone will be able to welcome a full crowd at this weekend’s British Grand Prix.

However he added he is concerned over the rising infection rate in the country three weeks before its round of the world championship.

The world champion said he felt “kind of split” over today’s announcement up to 140,000 people could attend next month’s race.

“I can’t tell you how excited I am to see people and firstly to see the British crowd because it is the best crowd of the whole year and obviously last year we didn’t have them,” he explained. “So to be able to see them and feel the energy they bring into a weekend.

“[But] obviously of course I watch the news, I know about the cases going up massively in the UK. So on that side I worry for people, naturally.”

Government figures indicate 79,481 positive cases of Covid-19 were recorded in the week prior to yesterday, when the daily infection rate stood at 16,135. The week-on-week rise in the rate was 43.9%.

“I don’t want to turn it into a negative, I am excited to see so many people,” Hamilton added. “The selfish part of me, I want to see all the people there.

“But I turned on the news this morning and I’ve been watching it these past days and I know that UK [infection] rates have increased since people are loosening up a little bit and not everyone is vaccinated. I do worry about people. But I read that the vaccination is good for, you know, there’s less people being in hospital. But it feels a bit premature.”

Hamilton encouraged anyone considering going to the race to take steps to ensure they do not transmit any infections.

“If people go there, I hope we learn something from it and I hope everyone stays safe [and] keeps their masks on. That’s what I’d encourage everyone: Continue to wash your hands, continue to wear your masks, particularly when you’re in those big crowds.”

Hamilton said he was unsure whether opening the track up to a full crowd was the correct decision. “I’m not in politics, I’m not in government so there’s been lots of confusing things coming from the government over time and I don’t understand it all so I can’t really comment too much on it.”

To be eligible to attend the British Grand Prix, fans must have a negative lateral flow test 48 hours before attending or receive their second dose of vaccine two weeks before.

After this was pointed out to Hamilton, he said: “Great – I didn’t know that. If that covers everything, I don’t know, but hopefully it does.” Among Britain’s adult population, 60.3% have had their second doses of vaccine.

Silverstone’s race is being allowed to go ahead with full attendance as part of the British government’s Event Research Programme, which is looking into how events with large numbers of spectators can be handled as the country emerges from the pandemic.

“As I said I think it’s been great that we’ve had people even in the last race,” said Hamilton. “I’ve not heard any negative things come from the last race. But I like to err on the side of caution and slowly build up rather than going full pelt and using our British fans as a test.”

Lando Norris also welcomed the news fans will be back at Silverstone this year.

“I’m very, very happy, delighted, in fact, that we can have the British fans back, and all of them as well,” said the McLaren driver. “I look forward to it.

“We missed it a lot last year, especially during two races there. It’s been nice slowly having more and more [fans] through this season already here and there.