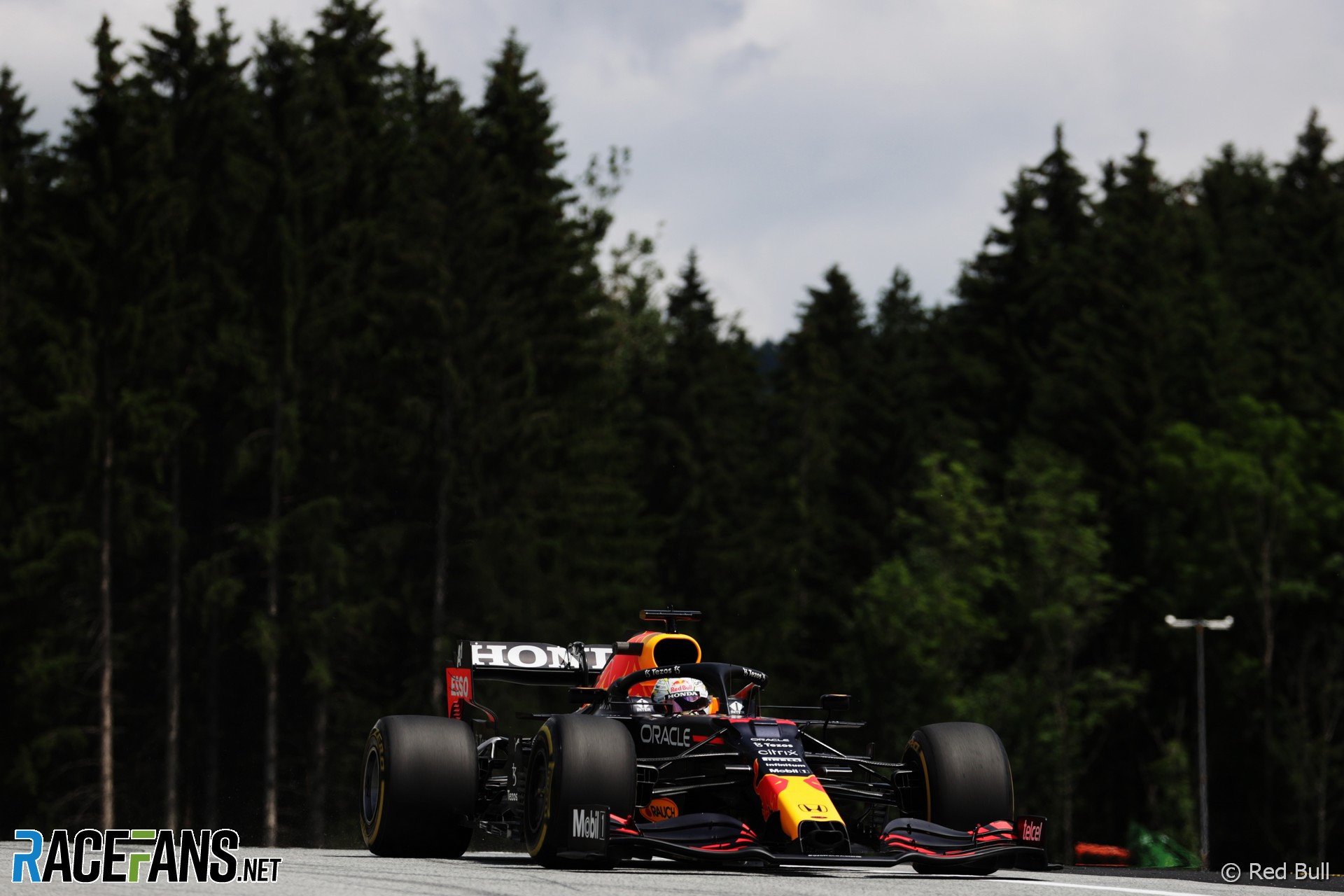 A quarter of a second separated the Red Bull driver from the AlphaTauri. The two Mercedes drivers were next, Lewis Hamilton four-tenths of a second off his championship rival.

AlphaTauri had looked quick all session, with both Gasly and team mate Yuki Tsunoda consistently among the top times. The rookie joined his team mate in the top five.

Verstappen had taken an early fastest time, leading at the 10 minute mark. He set a 1’06.511 lap time on medium tyres which was only beaten by drivers who used the soft compound.

Hamilton initially claimed the fastest time when drivers went out for soft runs, he and Bottas leading for Mercedes in soft times. Hamilton’s 1’06.332, however, was only slightly faster than third-placed Tsunoda’s 1’06.486 and not a huge distance ahead of Verstappen’s medium time.

Verstappen left his own soft tyre stint for later and re-took the top spot. Despite having lap times deleted at various points of the session, his 1’05.910 was unbeatable by other drivers. Gasly was also able to beat both Mercedes drivers on soft tyres, the AlphaTauri driver setting a 1’06.166.

Antonio Giovinazzi had a strong run on soft tyres, setting a 1’06.614 that was good enough to put him in the top five at the session’s halfway point. He was the fastest Ferrari-powered runner at the end, a hundredth of a second faster than Charles Leclerc.

Lance Stroll also looked strong, managing to avoid the track limits problems which compromised his qualifying at Paul Ricard and place himself firmly in the top ten times. The Alpine pair, as in Le Castellet, began practice in strong shape, both well inside the top 10.

McLaren, however, did not fare as well. Lando Norris was penalised for track limits at turn 10 on three occasions and finished the session 16th fastest. Daniel Ricciardo managed to avoid running wide but was still only 12th fastest, behind both Ferraris.

Carlos Sainz Jnr had had a messy session, including a strange spin out of turn one that saw him end up facing the wrong way down the pit exit and struggling to get his car back into gear. Sergio Perez also had a small off on a hot lap, and though he was also able to continue he only managed 13th quickest.

Robert Kubica, who ran the session in place of Kimi Raikkonen, had an early off while running the hard tyres but was able to continue and complete the session, finishing 19th -fastest.

All bar one of the drivers logged at least 30 laps, which will be a relief to teams as rain is forecast for the afternoon session. The lowest final lap count was Giovinazzi on 29, while Ricciardo set 38 laps, the most of any driver during first practice.