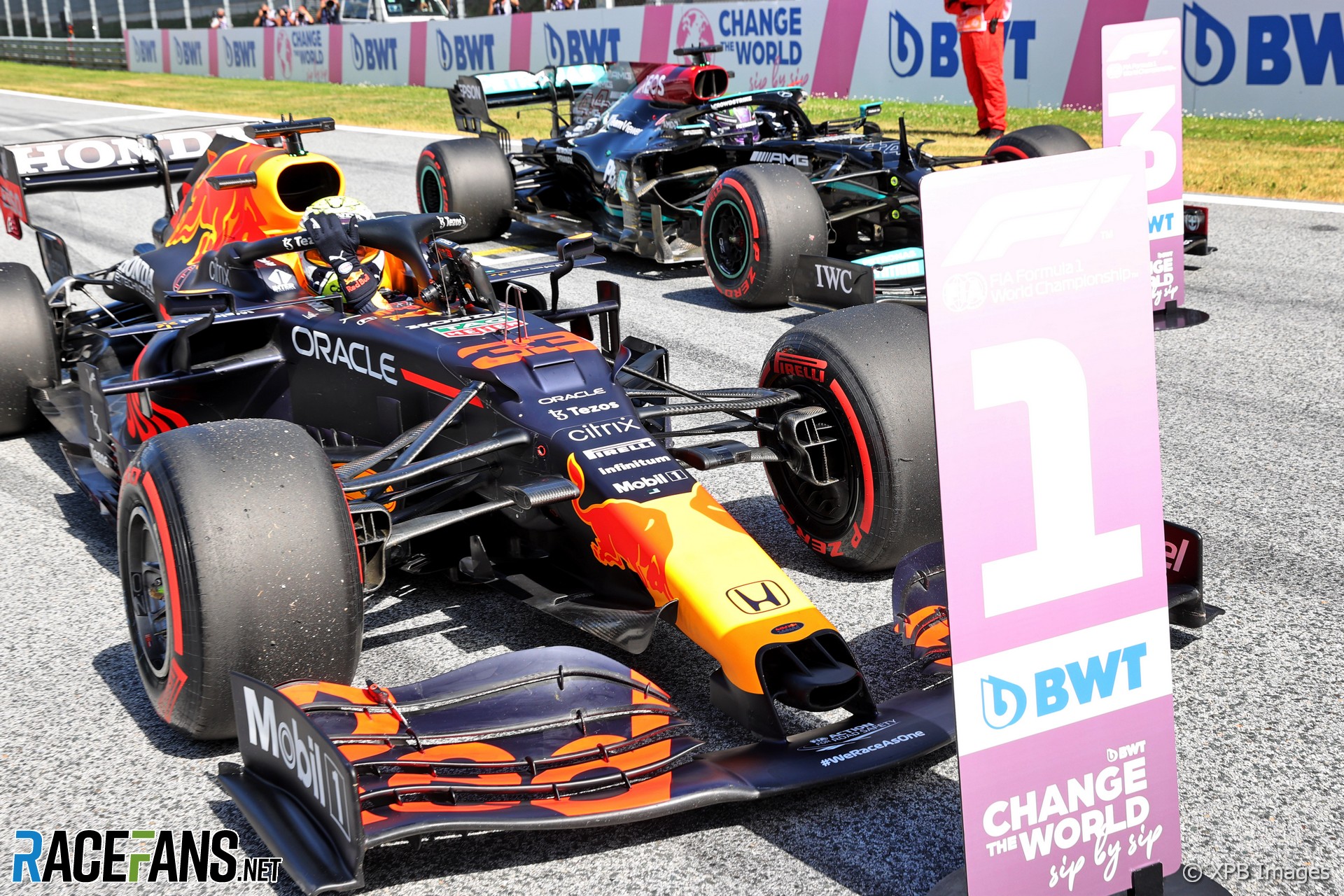 For the first time in his Formula 1 career, Max Verstappen has scored victories in two consecutive races.

This should have happened three weeks earlier. He was on course to follow up his Monaco Grand Prix win with victory in Azerbaijan, until the tyre failure which put him out.

Sergio Perez picked up the pieces on that occasion, and with Verstappen winning the next two, Red Bull are now on a run of four consecutive grand prix victories.

This is a significant indication of how the pendulum has swung in the championship contest. Mercedes, the dominant team of the eight-year-old V6 hybrid turbo era, had not previously gone four races without a win during that time.

Over the last four races, Red Bull have outscored Mercedes every time, building a 40-point lead in the constructors championship.

Verstappen took his fourth victory of the season in the Styrian Grand Prix, while Lewis Hamilton has three wins in 2021. Again, the pendulum has swung: In all seven seasons under the current engine formula – including when he lost the title to Nico Rosberg in 2016 – Hamilton scored the most wins of anyone.

For the second time this year Verstappen led every lap of the race. He’s now headed the field for 332 laps this year – 65.8% of all laps raced – compared to Hamilton’s 122.

Hamilton set the fastest lap on Sunday, having had enough of a gap behind him at the end of the race to pit for fresh tyres.

For the fifth time this year, Lando Norris was the first driver home in anything other than a Mercedes or a Red Bull.
He was lapped, however – only four drivers finished on the lead lap, the fewest since last year’s Spanish Grand Prix

George Russell endured another disappointment having run in a strong position, a power unit issue ending his day while he held eighth place. He’s now spent 52 laps inside the top 10 without scoring, 49 laps more than his team mate.

Have you spotted any other interesting stats and facts from the Styrian Grand Prix? Share them in the comments.