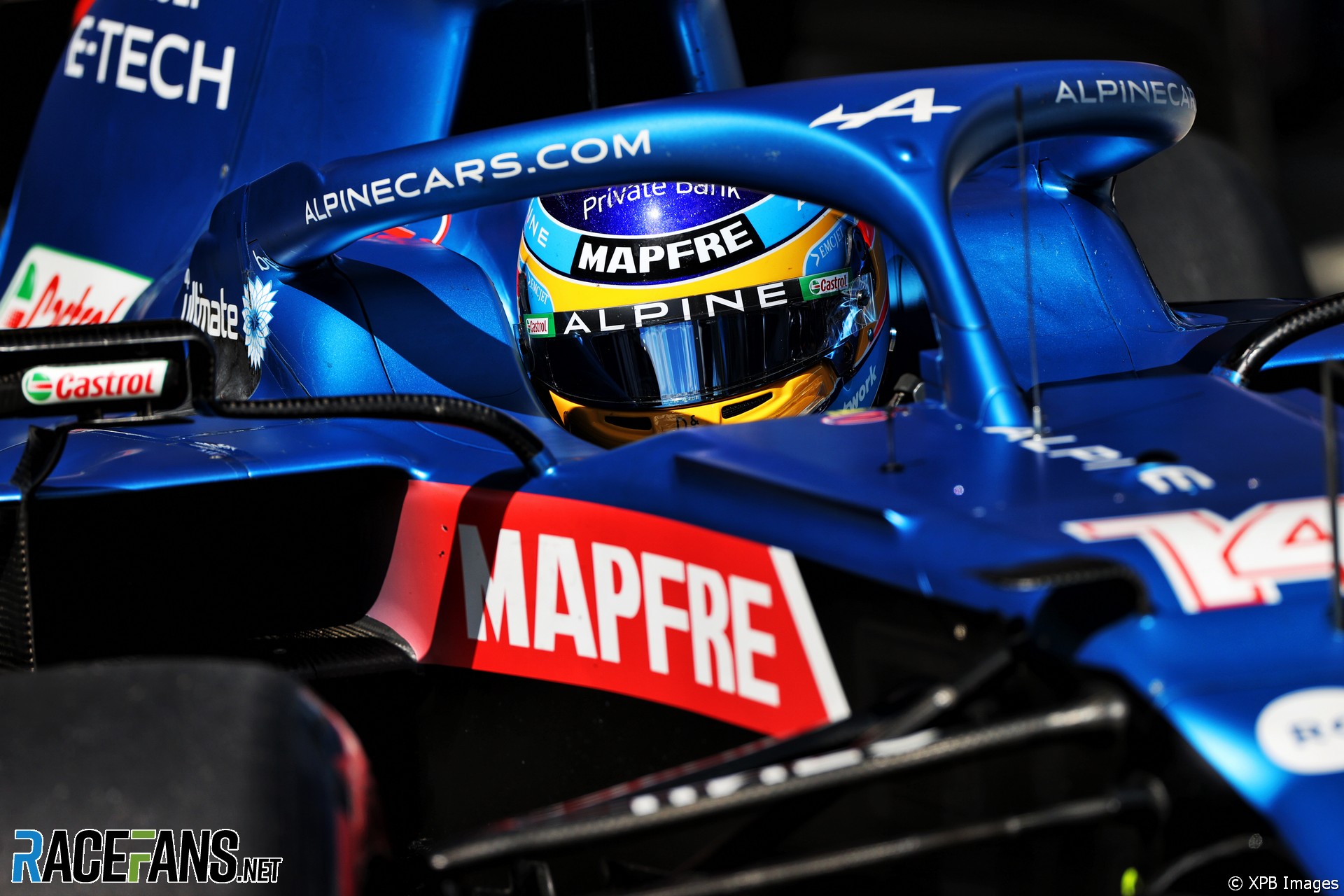 Fernando Alonso says Formula 1’s qualifying rules favour the quickest teams by giving them the opportunity to start the race on harder tyres than those around them.

Drivers who reach Q3 must start the race on the tyres they used to set their quickest lap time in Q2. As the quicker cars are able to progress through Q3 without using the softest tyres, they are therefore able to start the race on harder rubber, putting them at a strategic advantage.

This effect is likely to be pronounced in this weekend’s Austrian Grand Prix as Pirelli is bringing softer tyres than those used at last week’s Styrian Grand Prix, held on the same track.

“It’s going to be a challenge to do one [pit] stop,” said Alonso. “If you start with a C5, maybe it’s more difficult.”

Alonso believes the rules hand an advantage to the front-running teams. “The fast cars have the luxury to avoid that tyre and in the midfield we don’t have that luxury,” he said.

“That’s the bad thing about the rules. They try to invent one rule that could benefit the show, and they just benefit the big teams.”

Having finished ninth on Sunday, Alonso doubts the team will be able to perform much better this weekend. “I don’t think that Austria is our best circuit,” he admitted.

“Unfortunately we have two races here, so we have to manage the damage that we can have in terms of points. I think we’ve done it very well in race one, because we did score one more point than AlphaTauri, and two less than Aston Martin. So we managed to limit this damage.

35 comments on “Alonso: F1 rule to ‘improve the show’ helps the big teams”