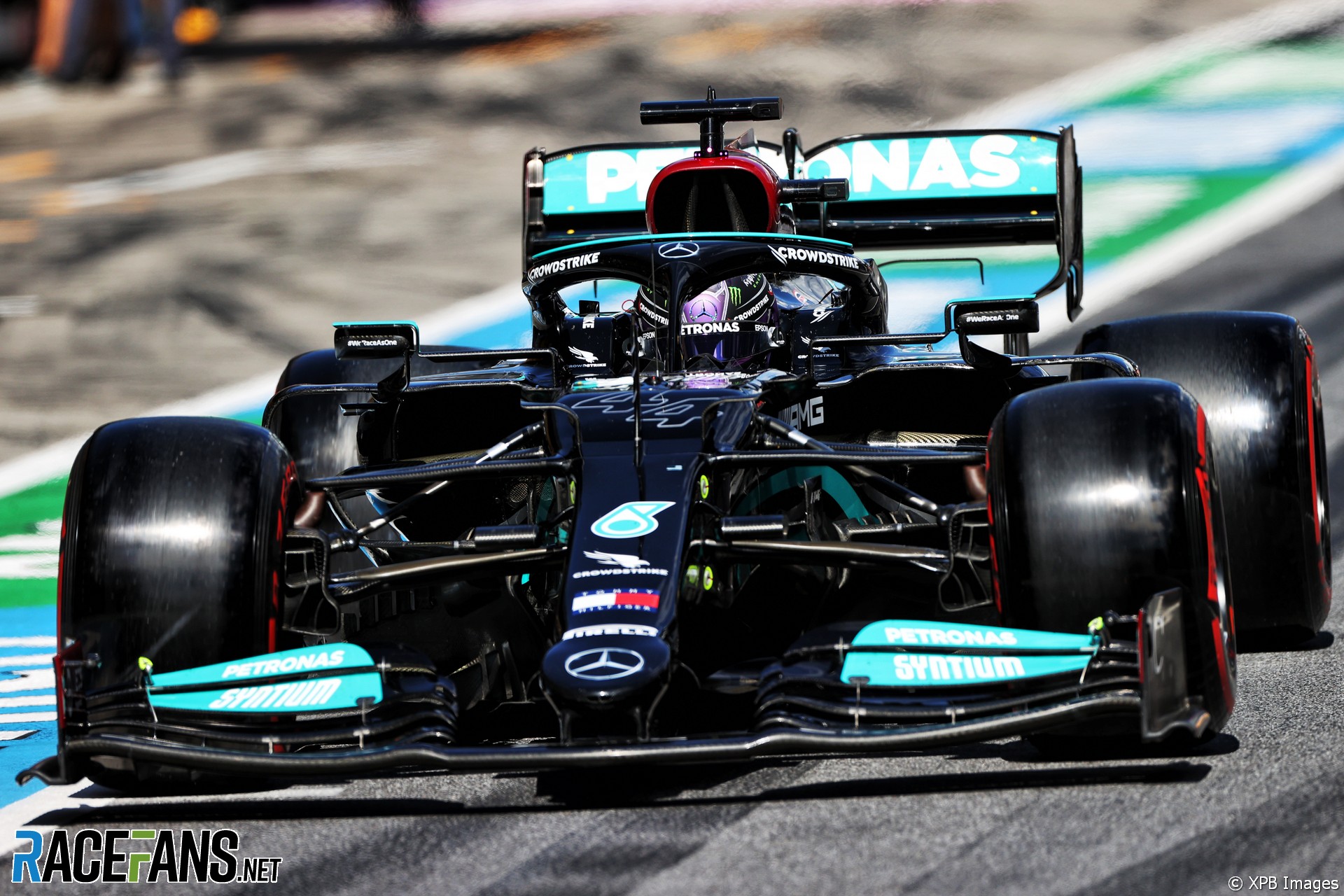 The world champions’ strategy for developing the W12 was cast into doubt following the Styrian Grand Prix weekend, where Lewis Hamilton and CEO Toto Wolff indicated no further upgrades were coming.

But earlier this week technical director James Allison confirmed new parts are still in the pipeline for this year’s car. Chief strategist James Vowles yesterday gave more detail about their plans to develop the W12 as they bid to catch championship leaders Red Bull.

“Furthermore, you can always optimise and improve the package you have. You don’t normally extract everything out of it from the word go. Every time you run on track [you] get more and more information and data, you learn a little bit more about how to use the car, how to use the tyres and how to optimise the package together.

“The result of that is that yes in terms of big aerodynamic upgrades, will they be reduced for us, but not just us, all teams this year? I suspect so. However, that doesn’t mean that the car performance will be static.”

Vowles believes Mercedes’ pace disadvantage to Red Bull at the Styrian Grand Prix was partly due to the characteristics of the track, notably its higher altitude than most venues.

A particular area of concern for Mercedes, which Hamilton has repeatedly noted, is Red Bull’s superior straight-line speed. The team believes it was losing around a quarter of a second per lap on the straights to Red Bull last weekend.

Their rivals have run visibly flatter rear wings recently, reducing drag at high speed. Vowles said Mercedes have equivalent wings available but believe using them at tracks like the Red Bull Ring would not offer the gains they need.

“We have a suite of rear wings available to us, as do Red Bull and as do other teams on the grid,” he explained.

“You could have less rear wing and go faster [in a] straight line but you would be sacrificing cornering performance and that also comes with effects on degradation. Conversely, less rear wing allows you, perhaps, to overtake a little bit more, there is a balance.

Vowles said the differences between the rear ride height on the Red Bull to the Mercedes allows them to run the flatter wing without sacrificing cornering performance.

“Where we are running on rear wing is optimal for lap time and ultimately that is what both qualifying and really the race is all about,” he said.