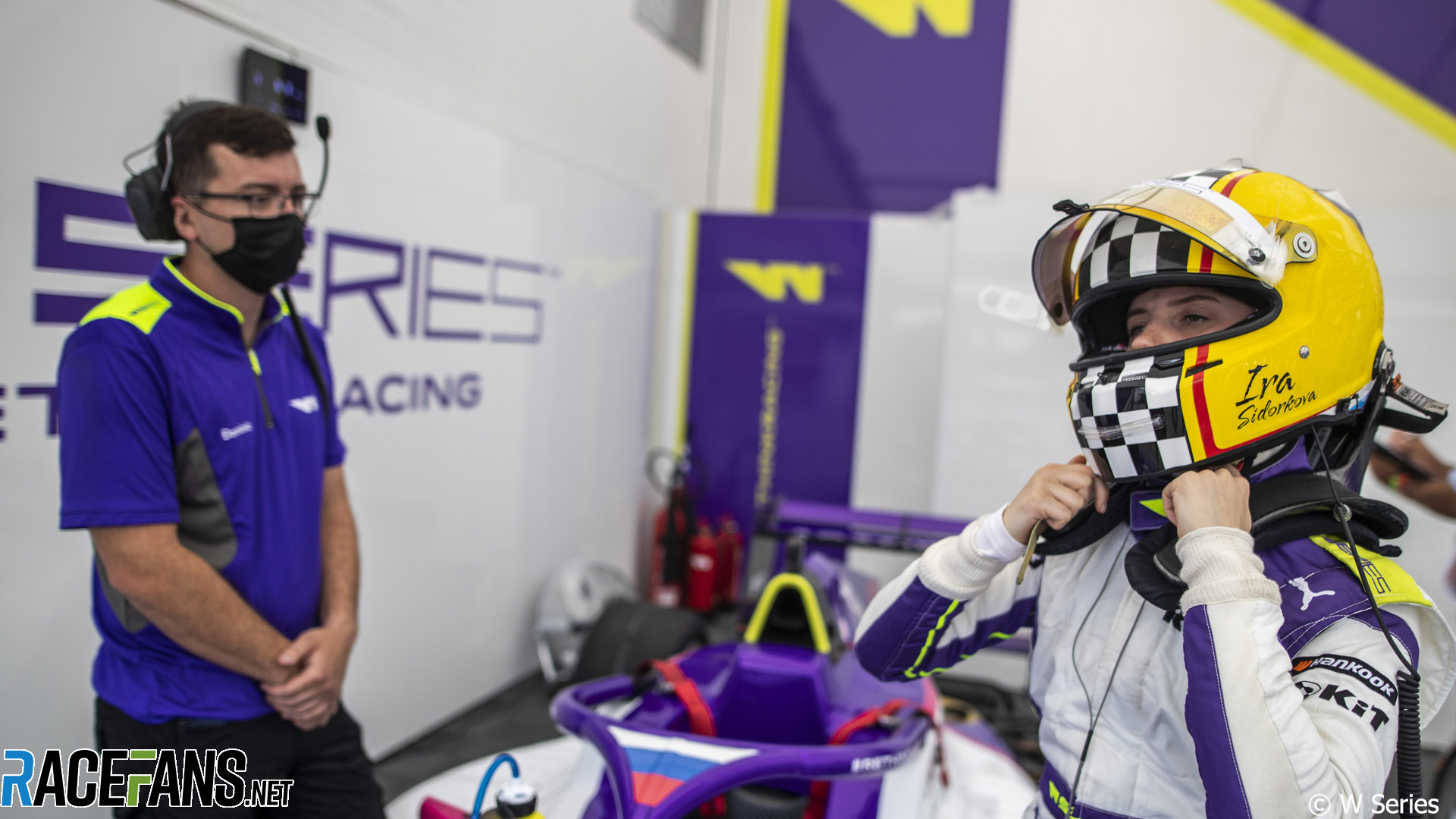 Before the inaugural round of the all-female junior championship last weekend, W Series announced it would move to a teams-based format, in line with other lower categories, to provide future financial stability for the project.

The championship used a rigorous selection process to determine its original drivers. Bond Muir told RaceFans the series’ commitment to choosing competitors on ability rather than backing will remain.

“Two things are central to the DNA of W Series,” she said. “One, that it’s a free to enter competition and that is going to stay the same.

“So in our contracts with the teams we have told them that they aren’t allowed to either charge for their seats or ask their drivers for sponsorship. And that’s really, really important because we don’t want it in future years to become a billionaire girls’ club.

“Also it’s going to become a team championship and not a constructors’ championship. So it will be a one-make car in order to demonstrate to the world who the fastest drivers are.”

As a further commitment to supporting young female drivers’ careers, W Series has announced an academy programme within its structure for its youngest drivers. Irina Sidorkova, 18, and Nerea Marti, 19, will be the first drivers to join the programme, with their places in W Series guaranteed for the next two years in order to develop their racing skills.

The pair will also receive mentoring and driver coaching, as well as fitness and training support and PR coaching to help them develop their careers. W Series has provided trackside trainers and media support for all its drivers since the 2019 season.

W Series had a long break during the worst of the COVID-19 pandemic and returned to racing 98 weeks after its 2019 title-deciding finale. Bond Muir says the future is bright for the series now it is back on track.

“We’re racing with Formula 1 we’ve got 18 female drivers. We’ve got now the opportunity to plan long-term into the future, we’re here and we’re here to stay.”

W Series’ second 2021 round will take place this Saturday, following qualifying for the Austrian Grand Prix.