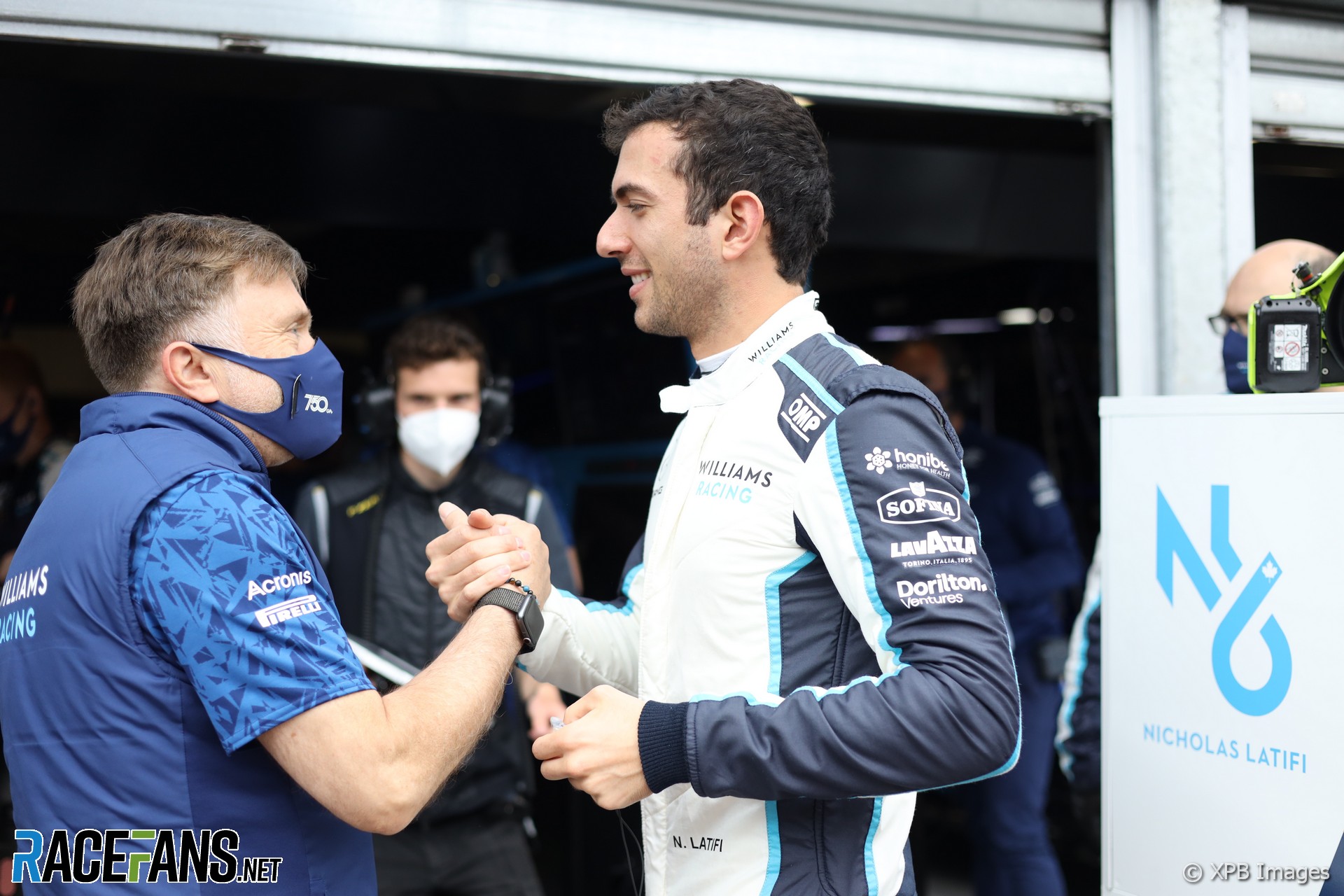 Williams team principal Jost Capito is not concerned by the possibility a decision on its driver line-up for next year will not be possible until late into the season.

George Russell, who is in his third season at the team, is a Mercedes junior driver. The world champions are known to be considering whether to promote him to the team for the 2022 F1 season.

Nicholas Latifi is on a multi-year deal at Williams which could carry him into next year. But he said yesterday his future is not yet under discussion.

Williams risks being left searching for drivers late in the year if Mercedes makes a late decision to appoint Russell. But Capito said he’s “not really bothered” about that possibility.

“I think that in the moment we as a team, we are moving on quite well and the changes seem to work pretty well that we have done,” he said in response to a question from RaceFans.

“George is very happy. He focuses on driving this season, and I see more and more interest of drivers to drive for Williams in the future, as they see there is a proper financial backing.

“They see that the team is really willing to move forward and attract the drivers as well. So I think the longer we wait, the better situation we will be.”

Last year the team was sold by the Williams family to Dorilton Capital. Despite securing the future of the outfit and overseeing significant performance gains there have been no points finishes for a Williams driver since Robert Kubica finished 10th in the 2019 German Grand Prix.