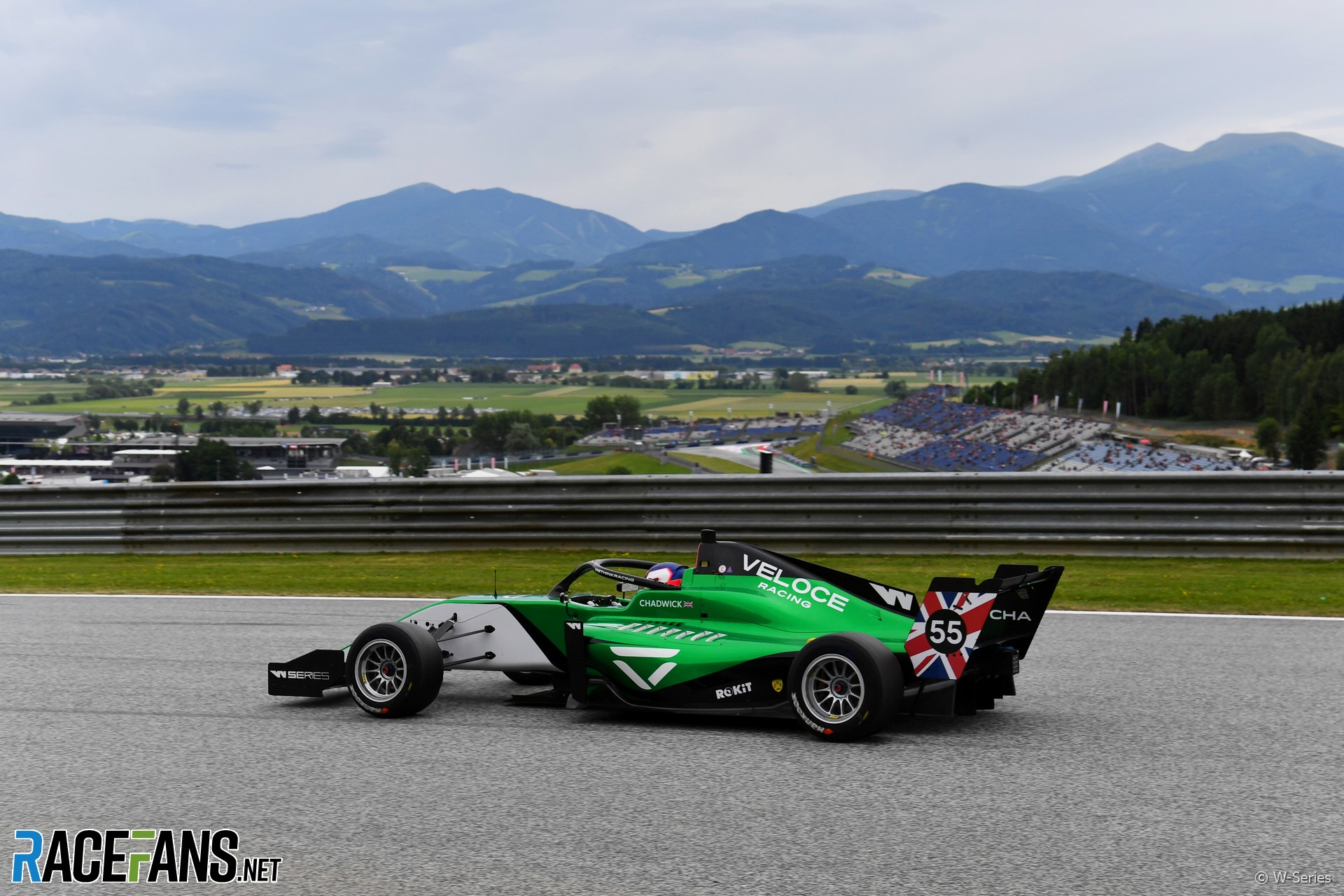 Williams junior Jamie Chadwick dominated the second round of the W Series season at the Red Bull Ring.

The Briton started from pole and charged away at the start, as Beitske Visser stalled, with Irina Sidorkova and Emma Kimilainen following. In fourth was Bruna Tomaselli, and her lack of race pace led to a train of nine cars forming up behind her.

There was little action at the front as Chadwick opened up a gap to take her third series win, while Russian teenager Sidorkova claimed his first podium in second place after coming under occasional pressure from Kimilainen.

Tomaselli did a fine defensive job, lining her car up perfectly at turns three and five – the two main overtaking spots on the track – for lap after lap. Only on the penultimate lap were her defences finally broken.

Sarah Moore had been in her mirrors most of the time, and she claimed the position on the entry to turn five. After that, she immediately pulled away from a battle that was now for fifth.

However Tomaselli didn’t let the floodgates open and finished in fifth, while Abbie Eaton passed Nerea Marti for sixth after also spending much of the race in a frustrated position of not being able to pass.

Round one winner Alice Powell, who has suffered a distinct lack of pace since switching chassis, came eighth. Belen Garcia and Fabienne Wohlwend rounded out the points positions.

Visser recovered to 11th ahead of Marta Garcia, who clashed with Gosia Rdest. Miki Koyama ran with them early in the race but was classified last after pitting with a vibration.