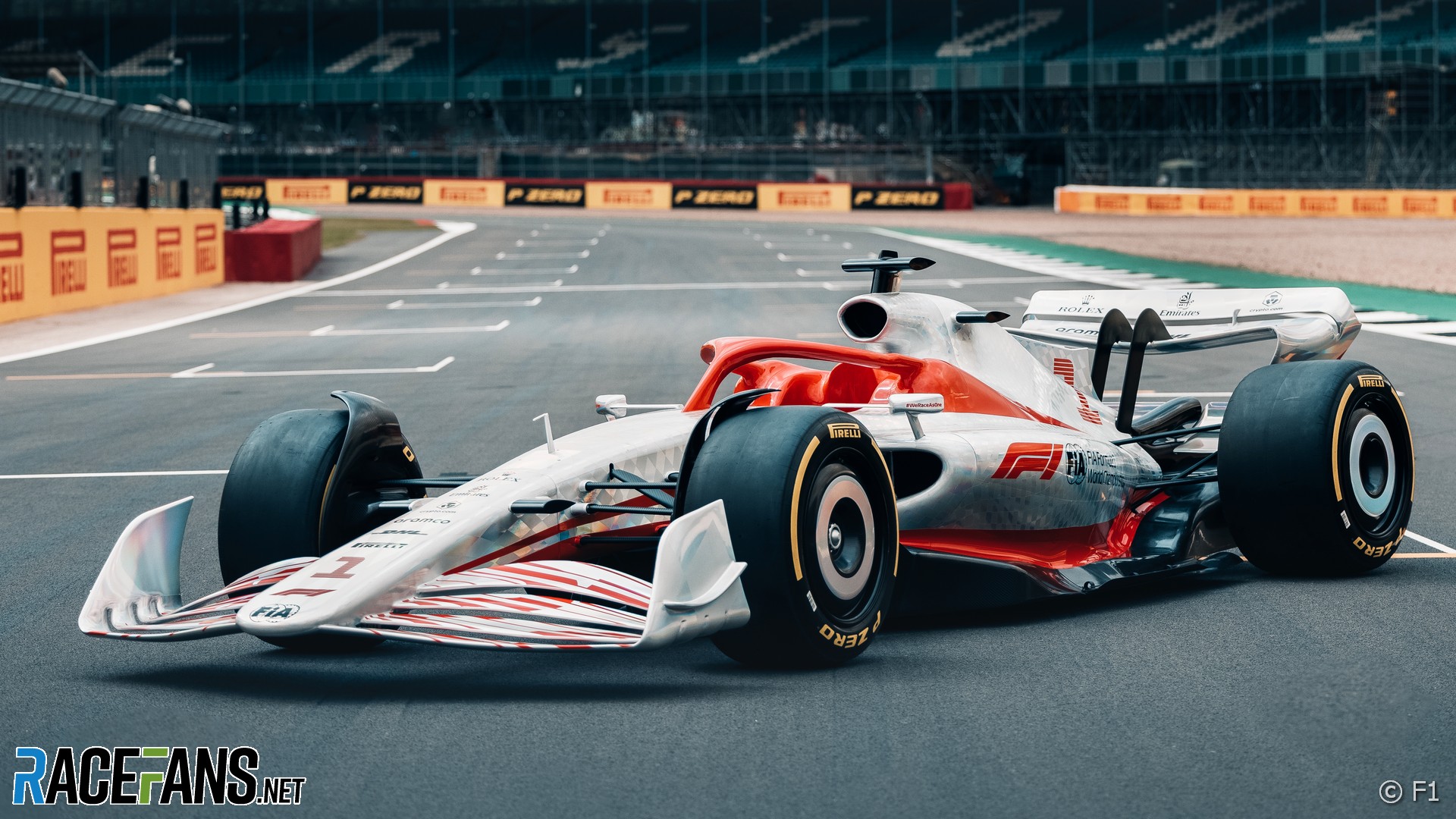 Formula 1 has revealed a full-size model of a car designed to comply with its new regulations for the 2022 season.

Unveiled today at Silverstone, ahead of the British Grand Prix, the chassis has been built to show how cars could look within the constraints of next year’s regulations.

The most striking visual difference is the move to 18-inch wheel rims, as well as the introduction of wheel covers.

Other chassis changes concealed beneath the car’s body, where fins and aerodynamic tunnels underneath the 2022 cars will produce ground-effect downforce.

On its upper surfaces, bargeboards have completely ruled out and front wings substantially simplified to have a maximum of four elements, rather than the complex wings seen on the 2021 cars.