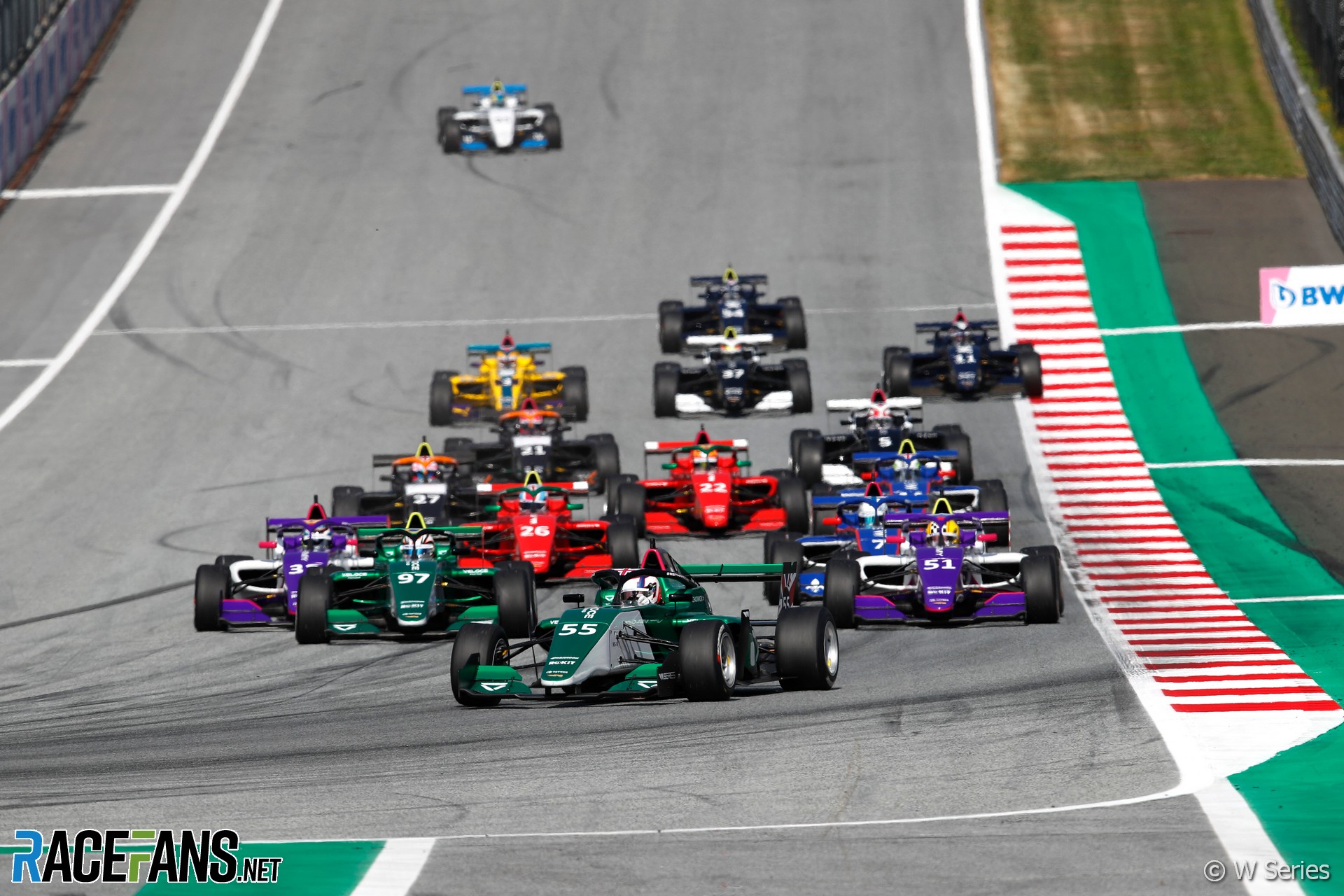 W Series can provide a platform to promote female racers but they will have to demonstrate the talent to succeed in the sport’s top flight, says David Coulthard

New driver Abbi Pulling joins the all-female series for this weekend’s British round. At 18, she will be one of the youngest drivers in the championship, replacing 28-year-old Gosia Rdest.

Speaking ahead of W Series’ Silverstone round, series spokesperson and advisory board member Coulthard said he is convinced by Pulling’s potential. “I think she’s a fantastic talent, got a great history, grassroots right through to where she has now,” he said.

“It’s brilliant that we’ve been able to give her that opportunity, so that’s a huge moment. And it’s in her hands that her future lies, we can only provide the championship structure and the car to the grid and in the end, the drivers have to drive them.”

Pulling will not be the only teenager in the championship, with Ira Sidorkova and Nerea Marti having received backing as part of the series’ academy programme. Coulthard said age is not a concern for drivers’ quality level.

“If she is good enough, then she’s old enough. Let’s remember Max Verstappen, when he jumped in the Red Bull at 18 and he won the grand prix in Barcelona.

“Really top talent finds a way of delivering. The list of excuses for drivers who need more time and need time to fit and all that sort of stuff, it doesn’t tend to fit with any of the really exceptional drivers. So what she has to be, to compete in Formula 1, is exceptional.

“That’s in her hands, we will create a platform, we will give the opportunity. And if she is exceptional, she’ll have a brilliant result at the weekend and that will lead to other opportunities.”

Coulthard said W Series could offer an opportunity to showcase talent but that it was down to the drivers to prove themselves good enough. “[F1] teams are very straightforward. They want the best drivers in the cars and that will dictate her future.

“What we are doing at W Series is creating the development platform, the training, the simulator preparation, the racing championship on a platform where people are watching.

“And in the end, we can’t drive the car. They have to drive the car. So I have a long list of racing drivers, including myself, that have an excuse book that would go on for several volumes and very rarely do the real exceptional talents have a big excuse book.”