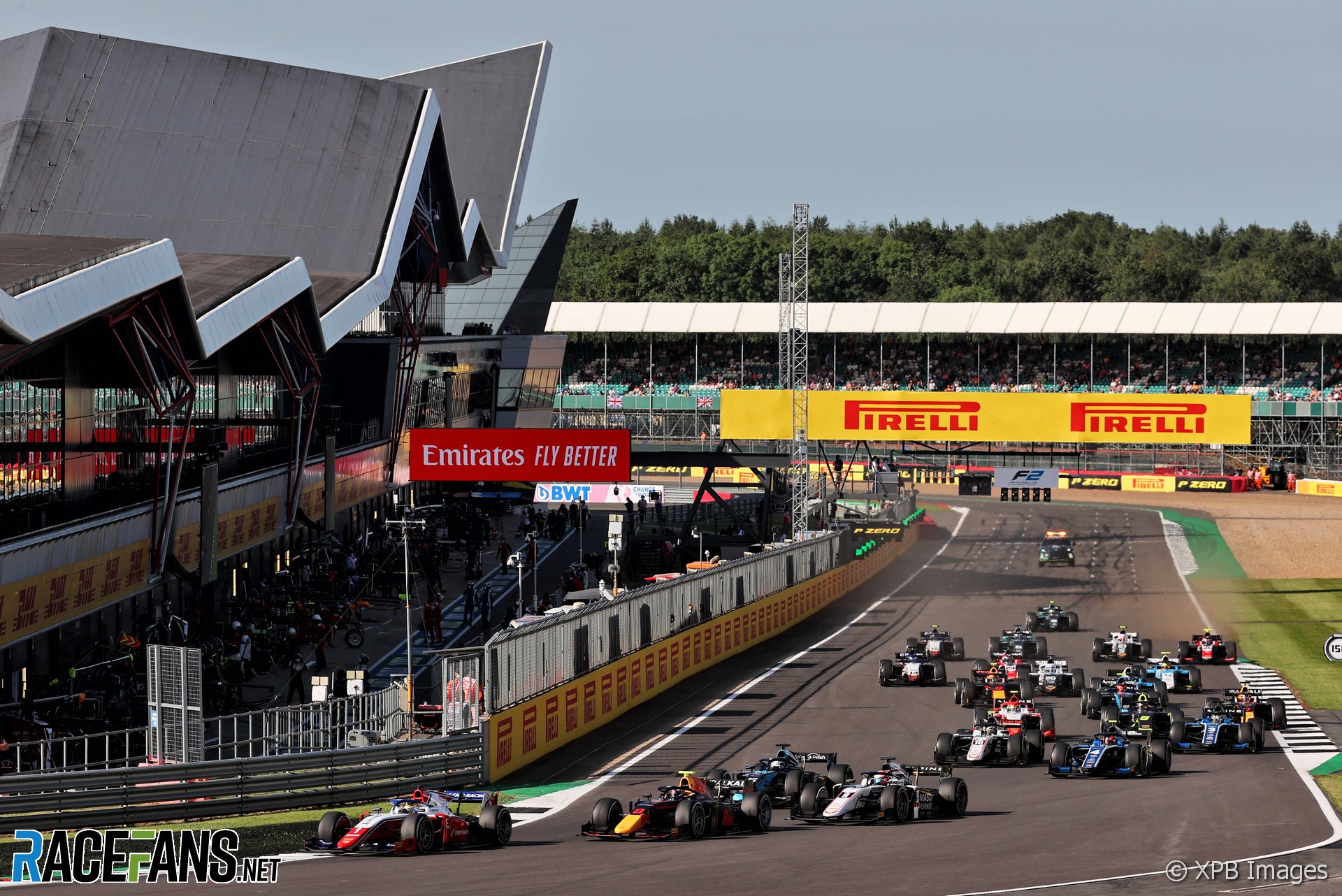 Robert Shwartzman has taken the first F2 win of the British Grand Prix weekend, leading all the way despite three Safety Car periods over the 21 laps.

Christian Lundgaard had claimed reverse-grid pole for the first sprint race by qualifying 10th, Juri Vips lining up alongside him on the front row and with Roy Nissany and Robert Shwartzman behind them.

Shwartzman made an incredible start, launching from fourth to first almost instantly. The race was neutralised soon afterwards, as two drivers came to a stop on the first lap.

The Safety Car was deployed after Nissany and pre-race championship leader Guanyu Zhou were involved in separate incidents. Nissany tangled with Lundgard, while Zhou spun by himself, coming to a stop and making a poor start to his weekend.

Oscar Piastri, who had claimed pole for tomorrow’s feature event and therefore started this race 10th, also made an excellent start, dodging past his spinning championship rival. He was challenging Liam Lawson for sixth when racing recommenced on lap three, but by lap four the Safety Car was out again.

This time HWA’s Alessio Deledda spun around on track after going side-by-side into Abbey with Marino Sato and, as in practice yesterday, was unable to get going again.

During the latest interruption Lawson complained “I’ve got no grip compared to these guys” as the field tried to get heat back into their tyres.

Shwartzman once again led the getaway on lap six. The battle for sixth place that had ignited between Lawson, Piastri and Ticktum was quickly resolved in Piastri’s favour, Lawson relegated in a fairly lacklustre tussle with Ticktum which saw neither make major progress during the remaining laps.

Guilherme Samaia ended up in gravel at Luffield, unable to recover onto the track, on lap 12 and a third Safety Car period was called. Richard Verschoor led Matteo Nannini, Bent Viscaal and Jack Aitken into the pits – all having run outside the top 10 – gambling on a chance to fit fresh rubber.

It proved disastrous for Aitken, however, whose front-right wheel stopped rotating as he headed out of his pit box. “There’s something under the front right, it’s locked” said Aitken. HWA’s mechanics were able to correct the problem but Aitken’s pit stop lost any advantage the fresh tyres might have given him.

Shwartzman held the lead at the restart on lap 14, and faced relatively little challenge to the chequered flag. Vips and Lundgaard followed him home to take second and third place, although with Lundgaard under investigation for the contact he made with Nissany at the start.

Piastri’s sixth-place finish, along with having claimed feature race pole and fastest lap in this first sprint race, means he leads the championship by two points to Shwartzman, both relegating former leader Zhou to third after his retirement.