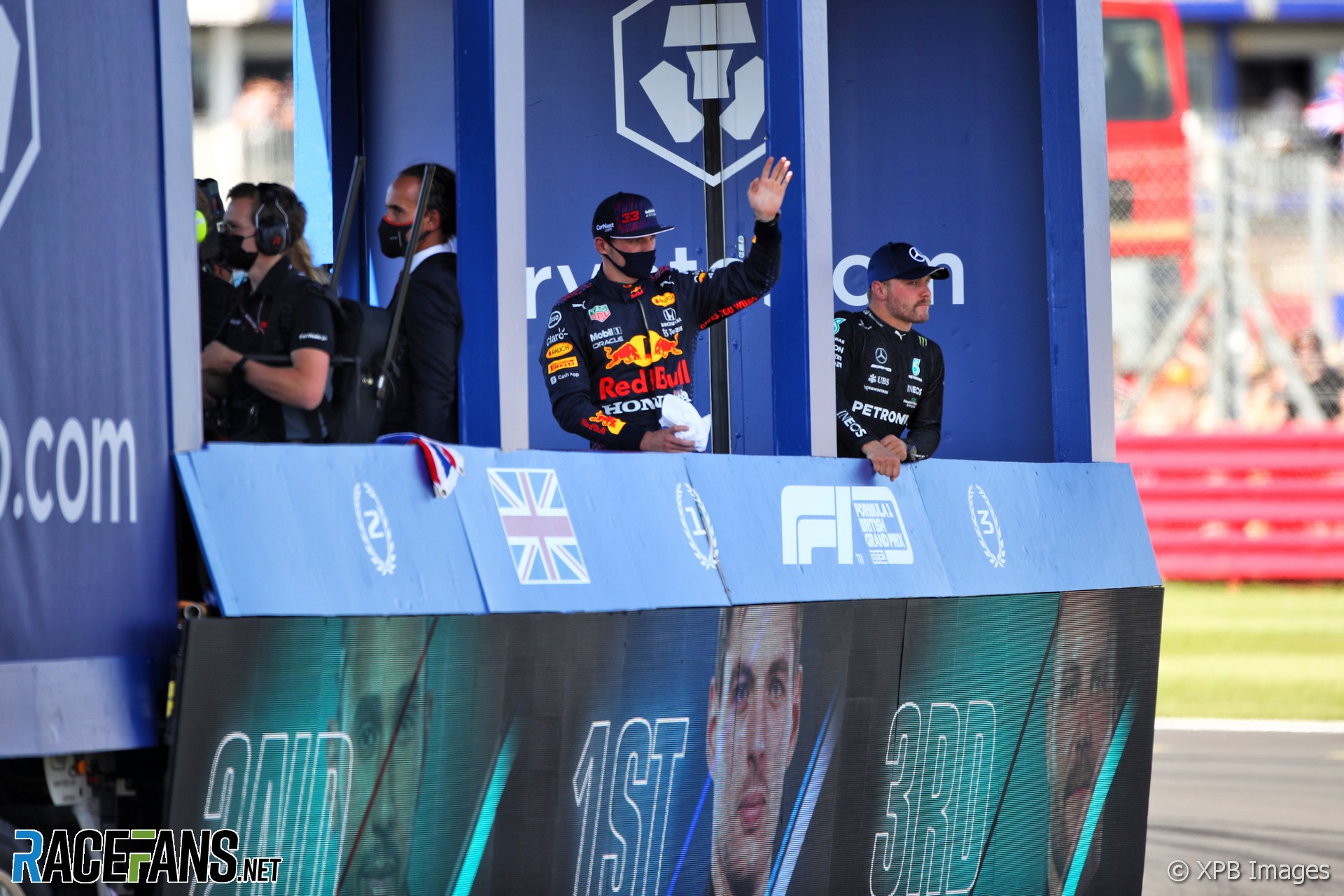 Where did the series make improvements, and what areas dope sit need to re-evaluate, after its first test of the format at Silverstone?

Free tyre choice in both races

The most exciting addition to the sprint qualifying race was the removal of the rule forcing drivers who reach Q3 to start on their used rubber from Q2. This added a new level of intrigue before the race began and allowed teams to pick their race strategies based on their qualifying positions.

Therefore we saw Mercedes gamble on starting Valtteri Bottas on a set of soft tyres, and Alpine doing the same with Fernando Alonso, who made up six places to fifth at the start.

Not only did it give us better racing, it’s self-evidently fairer to drivers than the normal system. This is a rules change which should be adopted for all other rounds of the championship.

While much of the hype around sprint qualifying concerned what would happen in the race itself, arguably the most significant change came through forcing teams to qualify after just one hour of practice instead of the usual three – or last year, four – hours.

The die looked cast ahead of Friday evening’s session, as Max Verstappen headed the only practice session by the thumping margin of seven-tenths of a second. But on a cooling track, hit by unexpected understeer, Red Bull lost their way, opening the door for Lewis Hamilton and Mercedes to take advantage.

There were other unexpected developments. Charles Leclerc capitalised on a sub-par performance from Sergio Perez to put his Ferrari on the second row and George Russell sent the home crowd into rapture by placing his Williams eighth on the grid.

Formula 1’s current qualifying format has served it well for 15 years and this weekend showed it would be foolish to get rid of it, as the series experiments with changes. Reducing the amount of practice teams had before it seemed to only increase the intrigue.

Action on all three days

One of the big selling points of the new format was that it ensured each day included a meaningful competitive session. This was clearly an improvement over the usual arrangement, giving an extra talking point of interest on Friday. This is something F1 has missed since its two-day qualifying format was replaced by a single day.

It did make for a slow start to proceedings on Friday, however, with no F1 action taking place until half past two in the afternoon. Lewis Hamilton used the opportunity to get some extra simulation work done at Mercedes.

After that rip-roaring qualifying session the drivers said a few words to Formula 1 and the television cameras – and disappeared. No press conference, no chance for the media to ask them how their first experience of F1’s new format had gone.

The media don’t ordinarily get to interview drivers on Friday evenings after practice sessions. But if the idea of adding sprint qualifying sessions is to create engaging, competitive action throughout the weekend, then surely it follows the media needs the opportunity to cover it.

Sprint qualifying has an obvious nomenclature problem, and it’s two-fold. First, the new Saturday afternoon session is run as a 17-lap race, yet we are being instructed to call it a qualifying session. This is nonsense: a race is a race.

No wonder drivers and team members alike referred to the ‘sprint qualifying race’ or, more simply, the ‘sprint race’.

F1 needs more elegant solutions to its naming problems than dogmatically insisting it can call a race a qualifying session. If they can’t bear the thought of referring to sprint qualifying as a sprint race, why not other names like a ‘heat’ or ‘pre-final’?

Second, as the qualifying session no longer determines who starts from pole position, F1 was left with a statistics conundrum: what actually counts as pole position?

This is a question F1 could never answer entirely satisfactorily. The history books now are going to require some revising, and that is regrettable.

F1 chose to define the pole position winner as the driver who started the grand prix from pole position, and that is hard to argue against. Nonetheless, F1 should also acknowledge the fact a driver took pole position through a conventional session. The new title it conjured up – ‘speed king’ – was a weak piece of marketing fluff.

Insisting that the top driver in qualifying is not the pole winner wrecks decades of F1 history. Sebastian Vettel is quite right to call it “wrong”.

What’s needed here is two categories. The historic definition of pole position should also be kept, to ensure the records of Hamilton, Michael Schumacher, Ayrton Senna and the rest remain comprehensible and relevant to modern fans. There’s no reason why F1 can’t do this while also adding a new classification of ‘sprint qualifying pole winner’.

Formula 1 believes points are needed to encourage drivers to push in the sprint qualifying races. But it doesn’t want to diminish the importance of the grand prix by awarding too many points on a Saturday.

Its solution is to awards points, but not many of them. That sends the message that four-fifths of the field needn’t bother trying to race each other for position. Worse, it creates a situation where we now have some rounds of the championship which are worth more points than others.

Having a better starting position means a better chance of scoring points on Sunday. That should surely be the incentive to push flat-out in the sprint race. Giving just six points to the top three drivers is a classic example of a poor compromise, and isn’t worth adding yet more complexity to F1’s points system.

Practice sessions are not intended to be great entertainment. But the odd spectacle of watching drivers practice for an hour under parc fermé conditions, with little changes possible to their cars, was decidedly underwhelming.

It was no doubt appreciated by the rookies, who suffered from the reduction in practice running earlier in the weekend. But Hamilton seemed to sum it up when he came on the radio and asked whether it was really worth putting the extra mileage on his power unit.

Was F1’s sprint qualifying format a success or a failure? Have your say in the comments.