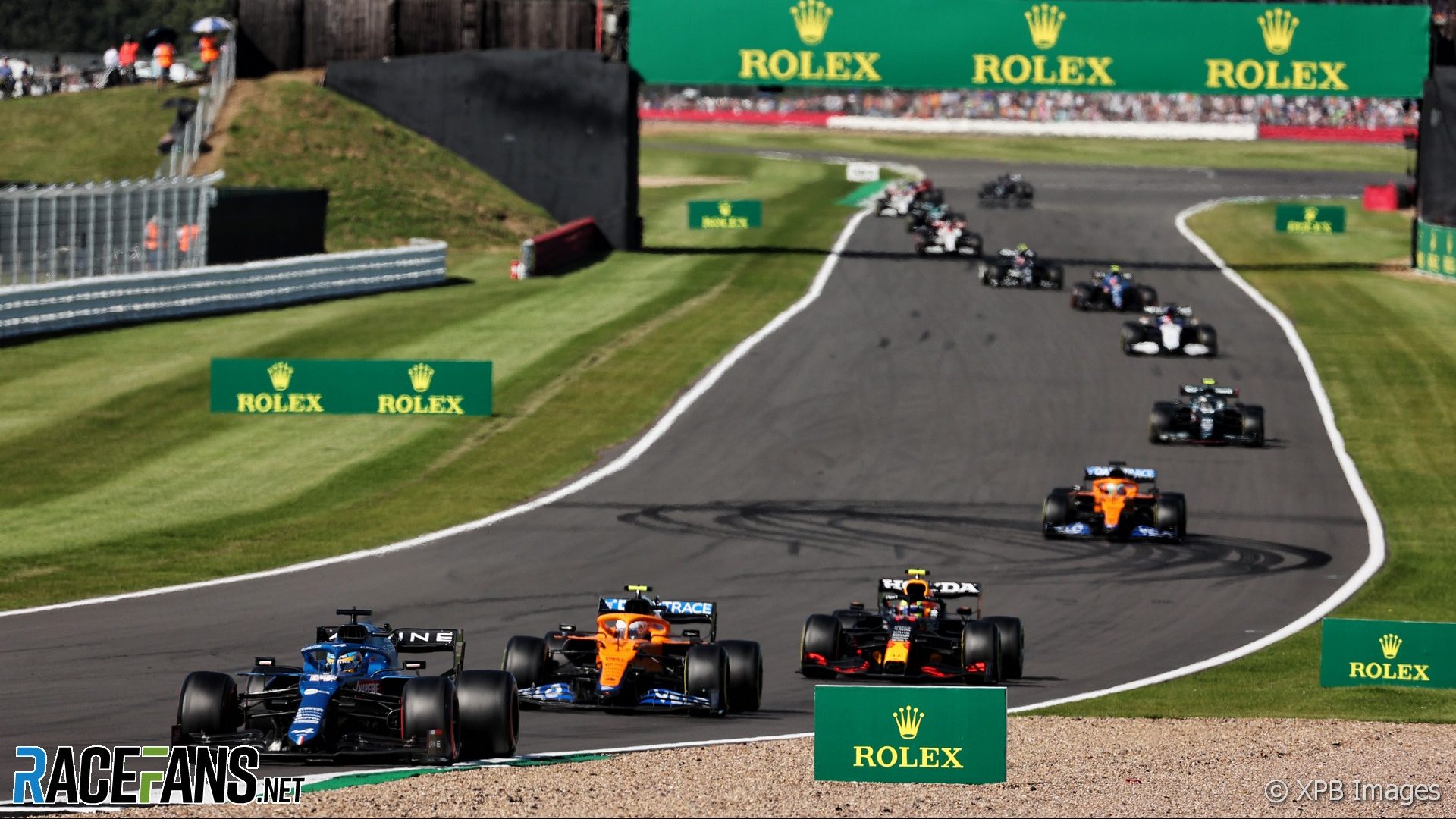 Fernando Alonso says he has no concerns about being “on the dark side” after rivals accused him of moving under braking during the sprint qualifying race.

Lando Norris asked his McLaren team to report Alonso to race control for what he felt was the Alpine driver illegally moving in the braking zone during their battle over fifth place.

While Alonso received a warning from race director Michael Masi, he believes he was not defending in an unreasonable way.

“I was surprised,” Alonso says. “I never move under braking. I was moving at the beginning of the straight.

“But I don’t care, to be honest. I have been on the other side for now, nine races. It’s going to be the same for the remaining of the year. I will be on the dark side this time.”

Alonso was the standout performer from F1’s inaugural sprint qualifying event, moving up six places from his grid position to six in fifth place after a remarkable opening lap on his way to securing seventh on the grid for the British Grand Prix.

“I think the first lap was one of my best,” says Alonso. “I know there are a lot of first laps before now that are considered good ones – especially in the Renault days with very good starts – but this one was not only the start into turn one, it was turn three, turn four, six, nine. So it was a more complete lap.

“I guess if you are fighting for the championship, I will not make those manoeuvres because there is more to lose than to gain. But we are in a position that we can take maybe more risk and benefit also from the red tyres’ first lap performance.

“We were maybe a little bit out of position because we were not the fifth-quickest out there and then we had to fight a little bit with the McLarens. Then we gave up the fight, in a way, because they were too fast and we concentrated with Sebastian and P7 is better than P11, which is what we achieved yesterday.”

Despite being the biggest beneficiary of Sprint Qualifying, Alonso is playing down his team’s chances of scoring good points in the most important race of the weekend.

“I think it’s going to be a long race,” he said. “Feet on the ground, we still have a very long race in front of us – fast cars behind us. We have the Ferrari, we have Sebastian [Vettel], we have Checo [Sergio Perez]. So the points would be hard to take anyway.”