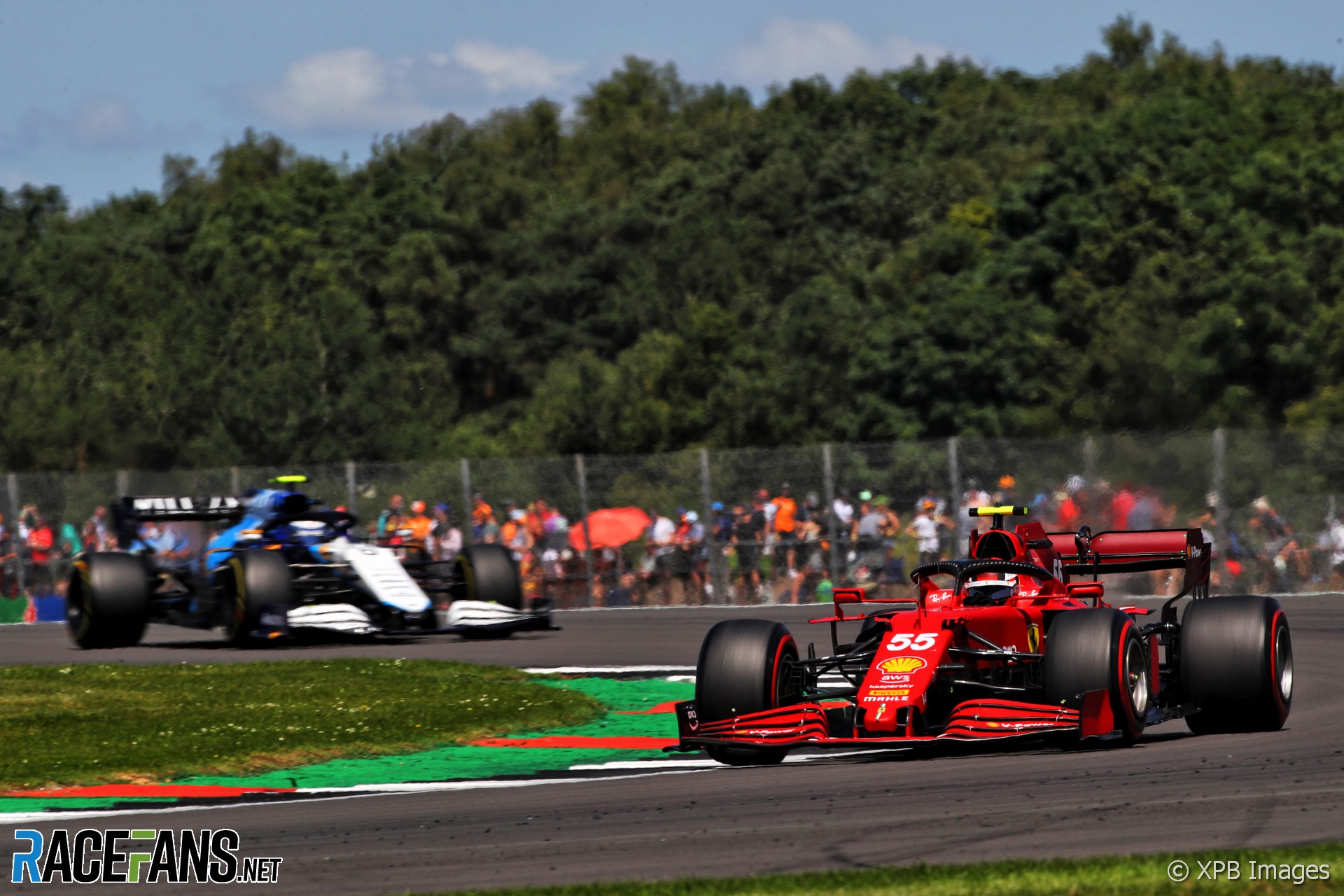 Carlos Sainz Jnr says he’s looking forward to the “second part of the recovery” in the British Grand Prix after lap one contact with George Russell in Sprint Qualifying.

Sainz fell behind the Williams driver at the start of the Sprint Qualifying race and was attempting to pass Russell around the outside of Brooklands when the pair touched, with Sainz taking to the grass through Luffield and rejoining in 19th place.

Russell was handed a three-place grid penalty for the race after the stewards deemed him to be responsible for the incident. Sainz said his rival made “a pretty obvious mistake”.

Despite the early setback, Sainz managed to recover eight places to qualify 11th on the grid by the chequered flag, which will become tenth following Russell’s penalty.

“I wasn’t going to give up, so I pushed flat out for the rest of the race, did some good overtakes despite the difficulties at this track and managed to recover to P11,” says Sainz. He will move up to 10th on the grid as a result of Russell’s penalty.

“It was not easy to pass, there were a lot of DRS trains and the overtaking power was very little because of that,” Sainz continued.

“I had to make moves in places that I normally don’t make them and I enjoyed myself. Already the pace today was really good. The target tomorrow I guess is to finish the second part of the recovery.”