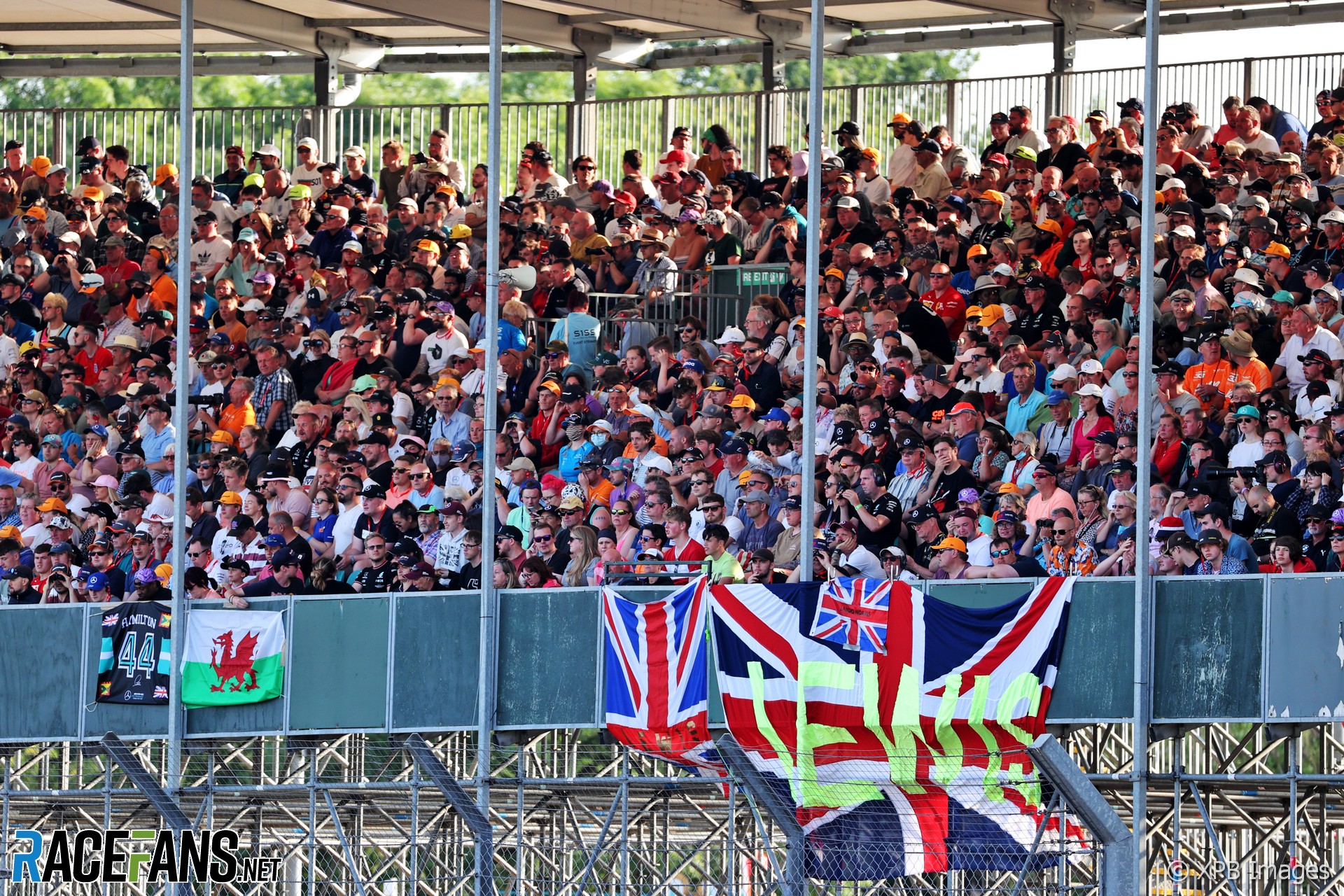 It is no exaggeration to state that the staging of this weekend’s British Grand Prix at Silverstone with capacity crowds was crucial to the long-term survival of ‘Britain’s Home of Motor Racing’; indeed, to the survival of the circuit’s owner, the British Racing Drivers Club.

While the grand prix – and, by extension, the venue itself – has over the years had a mercurial relationship with red ink, no other event has threatened British motorsport’s ‘holy trinity’ – race, circuit and club – to the same degree that Covid has.

As revealed here last year, Formula 1 cancelled and/or renegotiated all its 2020 grand prix contracts once the true extent of pandemic became apparent. However, for this year F1 is believed to have adopted an uncompromising stance: pay up or lose your future slots, regardless of circumstances. Some government-backed events, such as those in Singapore and Melbourne, could afford to settle; privately-owned ones not.

Although F1’s 2020 moratorium on hosting fees let promoters off the immediate hook, venues such as Silverstone rely on grand prix bonanzas to provide turnover and cash-flow to off-set their substantial annual operating costs and overheads. Consider that around 60% of Silverstone’s £60m annual turnover is generated by the F1 grand prix; the rest by other activities including other race promotion, schools, launches and track days.

True, the Midlands circuit hosted two back-to-back behind closed doors events last year for which F1 modestly reimbursed the club. But it was only through the goodwill of fans (and club members) who did not demand immediate refunds after their attendances were denied that Silverstone balanced its cashflow. A run on refunds would likely have tipped the promoter over the edge, necessitating a government bail-out or worse.

Although 2020 accounts for the operating company, Silverstone Circuits Ltd, are not yet due, the estimated loss for last year runs to close on £3 million, while the 2019 report published at the height of the pandemic highlighted the threats posed by Covid to the company’s future. On turnover of £60m Silverstone turned a profit of £800,000 in 2019.

The 2019 report refers to “new funding arrangements with the company’s new main banking partner” and carry-over losses incurred “after an impairment loss was suffered through an unsuccessful track resurfacing operation in 2018.” The 2018 Moto GP round was cancelled and 40,000 tickets refunded, so the pandemic created a perfect storm just when the venue was ill-equipped to weather even intermittent drizzles.

Thus, for the future of the British Grand Prix it was absolutely crucial that Silverstone be granted a full-house exemption via the British government’s major events pilot scheme. The Events Research Programme also saw Wimbledon host its final with a capacity centre court crowd of 15,000 in attendance, while last week’s Euro 2020 final in Wembley played to a live crowd of 60,000. Silverstone’s Sunday full-house will double that, moving live attendance up another gear.

As always there is no shortage of support for seven-time world champion Lewis Hamilton. Thus, it is rather ironic that Silverstone named its main straight for this race after the local hero – Hamilton, born 60 kilometres away in Stevenage – despite his warnings against fully opening the gates.

“It’s been great that we’ve had people even at the last race and I have not heard any negative things from the last race,” he said after the French Grand Prix where spectators were admitted in blocks of 5,000. “But I like to err on the side of caution and slowly build up rather than go full pelt and using our British fans as a test pen,” Hamilton added in response to the news Silverstone would hold the largest single-day crowd since the pandemic began.

The good news for F1 is that the trend is upwards: 15,000 on race day at Paul Ricard, 80,000 mainly Dutch fans turned up to cheer Max Verstappen in Austria a fortnight ago, 140,000 at Silverstone, another full-house in Hungary ahead of F1’s summer break. Indications are that Spa-Francorchamps, Zandvoort and Monza will be granted full exemptions by their respective governments, meaning the balance of the 2021 European season will play to capacity crowds.

As for the rest of the 2021 F1 calendar, it’s a matter of wait and see: Russia and Turkey are likely to have full crowds although Japan will in all probability delay a decision until the full effects of the Olympics are known. The final block of events cannot yet be predicted but indications are that the USA, Mexican and Brazilian rounds will go ahead – albeit the latter probably without crowds.

That leaves three calendar slots: A replacement for Australia plus the two Middle Eastern races in Saudi and Abu Dhabi respectively. The smart money is on a second 2021 race in Bahrain replacing Melbourne’s round although one hears from the region that negotiations with Qatar were well advanced before being scuppered by politicking in the region.

All this points to a 23-race calendar as originally scheduled, which was viewed sceptically by many in the paddock. At least 10 of the 13 rounds remaining after this weekend’s Silverstone race hosting capacity crowds, which augurs extremely well for 2022’s ‘new era’ F1. Fittingly, at Silverstone the series presented a full-scale model representing the cars which can hopefully race in front of full stands worldwide next year.