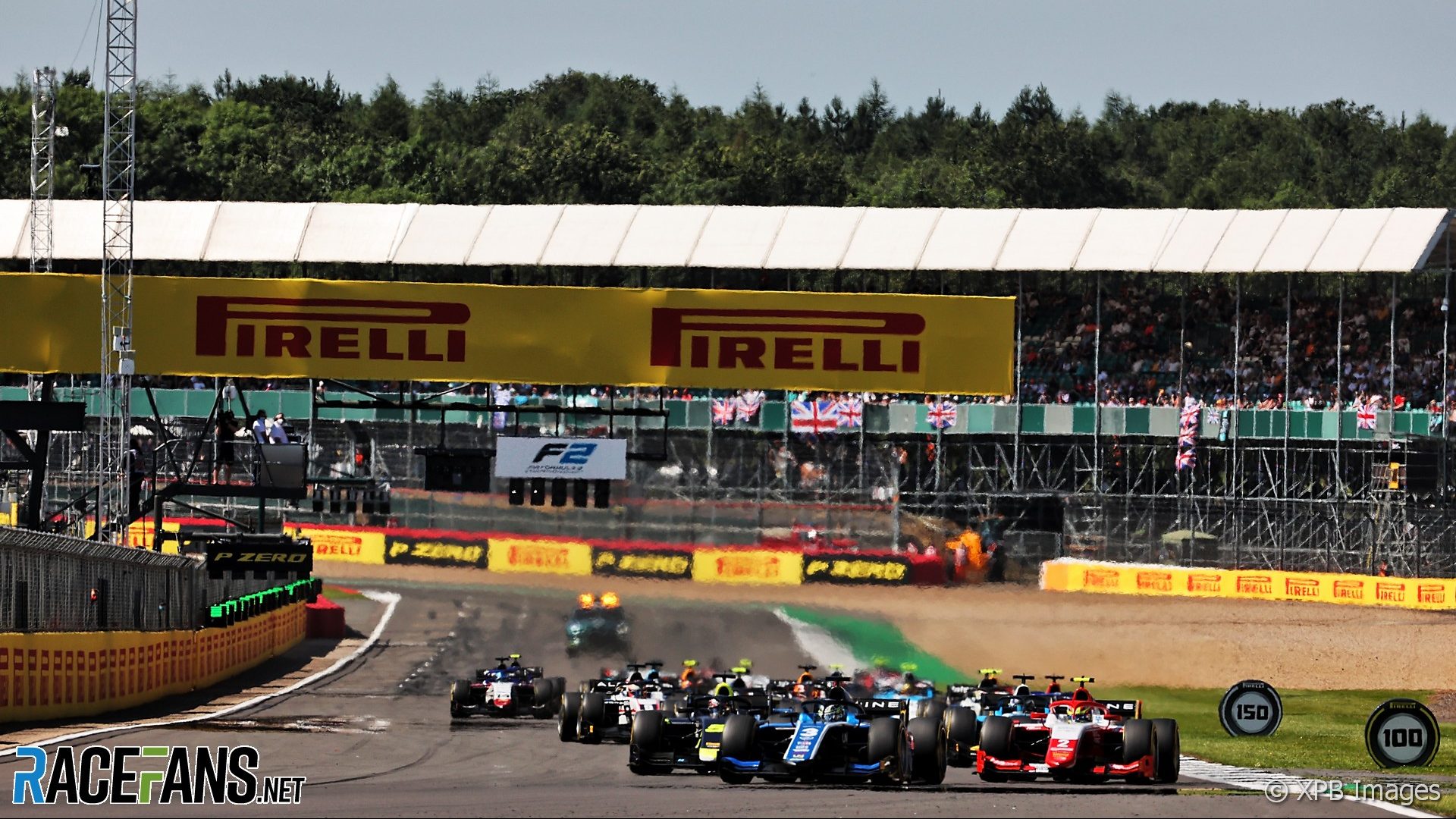 Guanyu Zhou bounced back from a tough Saturday at Silverstone by beating points leader Oscar Piastri to victory in the feature race.

Piastri took pole for the feature race in Friday’s qualifying session, beating fellow Alpine junior and F2 title rival Zhou by a tenth of a second.

But Zhou beat Piastri off the line as the pole winner made a sluggish getaway. Behind them third-placed started Richard Verschoor was overtaken early on by fourth-placed Dan Ticktum, who successfully contained the winner of the second Silverstone sprint race.

Ticktum made his mandatory pit stop on lap seven, starting the switch for drivers who had started on medium tyres. Piastri came in on lap eight to try and get the undercut on Zhou but the Virtuosi driver said he was happy to continue lapping and was able to build an even larger margin to the pole-sitter, running in clean air.

A bizarre moment occured during Christian Lundgaard’s pit stop. The ART driver’s car threw its new left-rear wheel off the hub, which bounced down the pit lane narrowly avoiding other cars.

By the time his team mate Theo Pourchaire came in on lap 10 the ART mechanics had resolved the what looked like a machining problem with their left-rear wheel gun. But Lundgaard’s race was fairly ruined by the delay, so it made little difference that after ART were investigated for an unsafe release he was given a 10-second stop-and-go penalty.

Following their pit stops, Piastri defended hard against Ticktum but was unable to keep the Carlin driver behind and had to settle third place, from starting on pole, while Ticktum attempted to cut Zhou’s lead over the second half of the race.

Those who started on the hard compound tyres finally pitted after lap 23 and Zhou resumed the lead, Ticktum and Piastri still behind him. The Carlin drive aided his cause by passing Matteo Nannini, one of the last to pit, who Piastri remained stuck behind for several lap.

Juri Vips smoothly passed Pourchaire for seventh on lap 25 after an extended battle. But the remaining laps were otherwise uneventful, with no recurrence of the Safety Cars which disrupted both sprint races at Silverstone.

Over the final laps Piastri fought off a determined Verschoor to claim the final podium place. Verschoor attempted to go around the outside of his rival at Stowe, but was forced wide. He rejoined the track and was poised to take the place as the pair went into Vale, but Piastri cut the corner and stayed ahead. The stewards ruled no investigation was needed into the exchange.

Zhou led Ticktum and Piastri across the line, redeemimg a weekend he had begun in the points lead before errors in yesterday’s sprint races saw him fall to third. Piastri retains the championship lead by five points ahead of Formula 2’s next round at Monza in September.