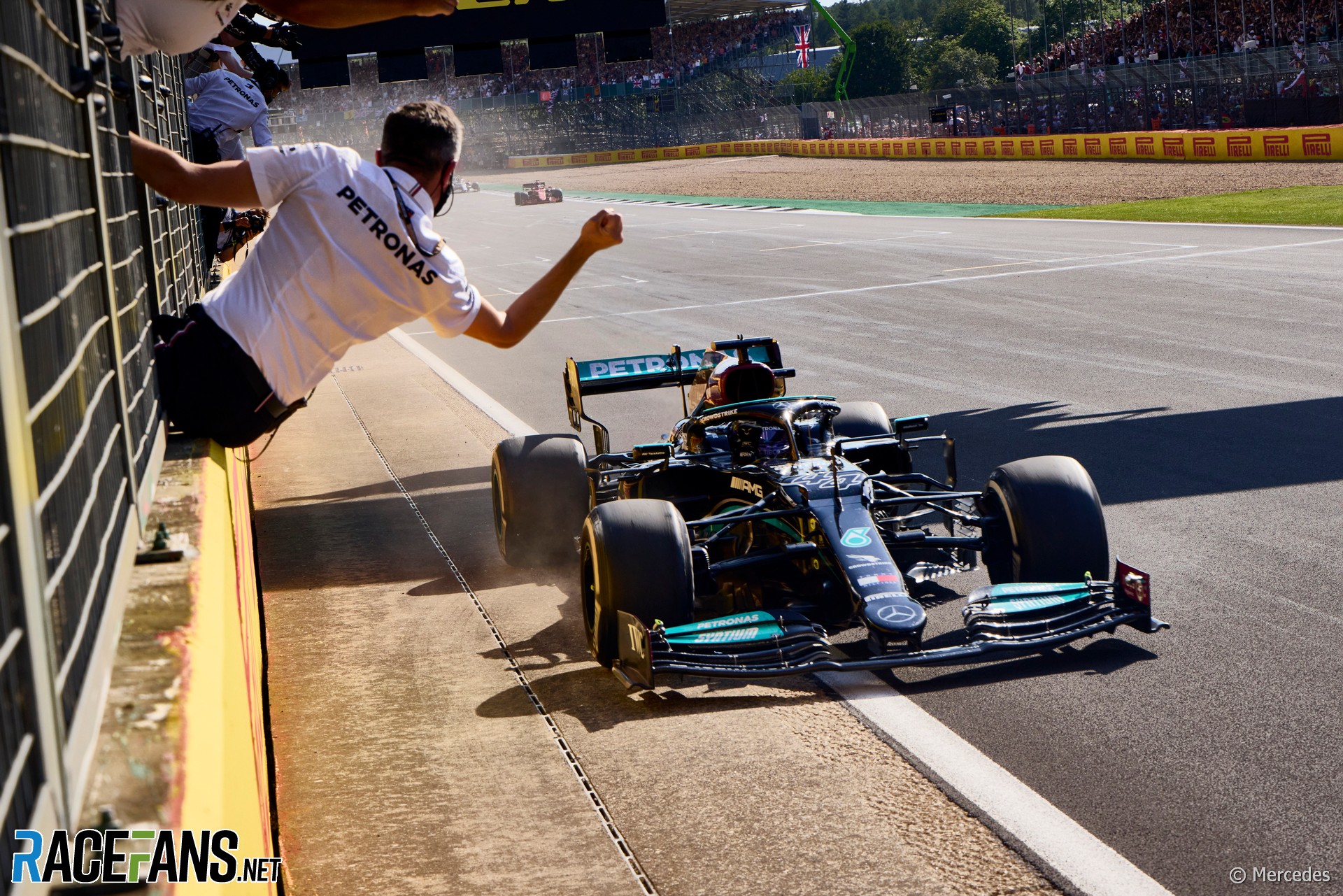 Hamilton took Mercedes’s first victory in six races at the British Grand Prix, ending Red Bull’s string of successes. He and the team gained significant ground to their rivals in both championships.

The stewards handed Hamilton a 10-second time penalty following the incident. However he was still able to catch and pass Charles Leclerc to take the team’s first win since the Spanish Grand Prix.

Valtteri Bottas finished third after allowing Hamilton past to chase the leading Ferrari in the closing laps.

“A win is a win and a third is a third and we scored big points today and that’s it,” said Wolff of the team’s result. “We put it on the scorecard and move on to the next one.

“It was always very intense because we are fighting with everything we have in order to hold on to this championship whilst knowing that we are not performing as [well as] Red Bull and Honda. Therefore we’ve had big points losses in the past, and today we scored big points. So that is always balancing itself out.”

Despite Hamilton being deemed at fault for the collision by the stewards, Wolff believes the controversy over the accident is based more on the speed of Verstappen’s crash than the nature of his driver’s infringement:

“I think that if that would have been a low or mid-speed corner, then it wouldn’t have been a big debate, obviously, or what the consequence of that [whether] a five or 10-second penalty,” said Wolff. “But it was a high-speed impact.

“It is a corner that takes lots of guts to even take flat alone. And when two cars are trying to drive through it they need to leave each other space in order to make it through the corner. And that wasn’t the case and the stewards deemed 10 seconds as appropriate, I guess because both drivers were part of the accident, not one alone, it’s always much more nuanced.”

Wolff defended his driver against criticism from Verstappen and Red Bull team principal Christian Horner. The latter accused Hamilton of “dirty driving” and questioned how he could take any satisfaction from the win.

“Everybody has an opinion and that’s okay,” said Wolff. “Of course, every team will have a certain bias towards incidents like that.

“When you hear the comments about his driving and the incident, Lewis is the contrary of someone that ever drives dirty. I think he’s a sportsman.”