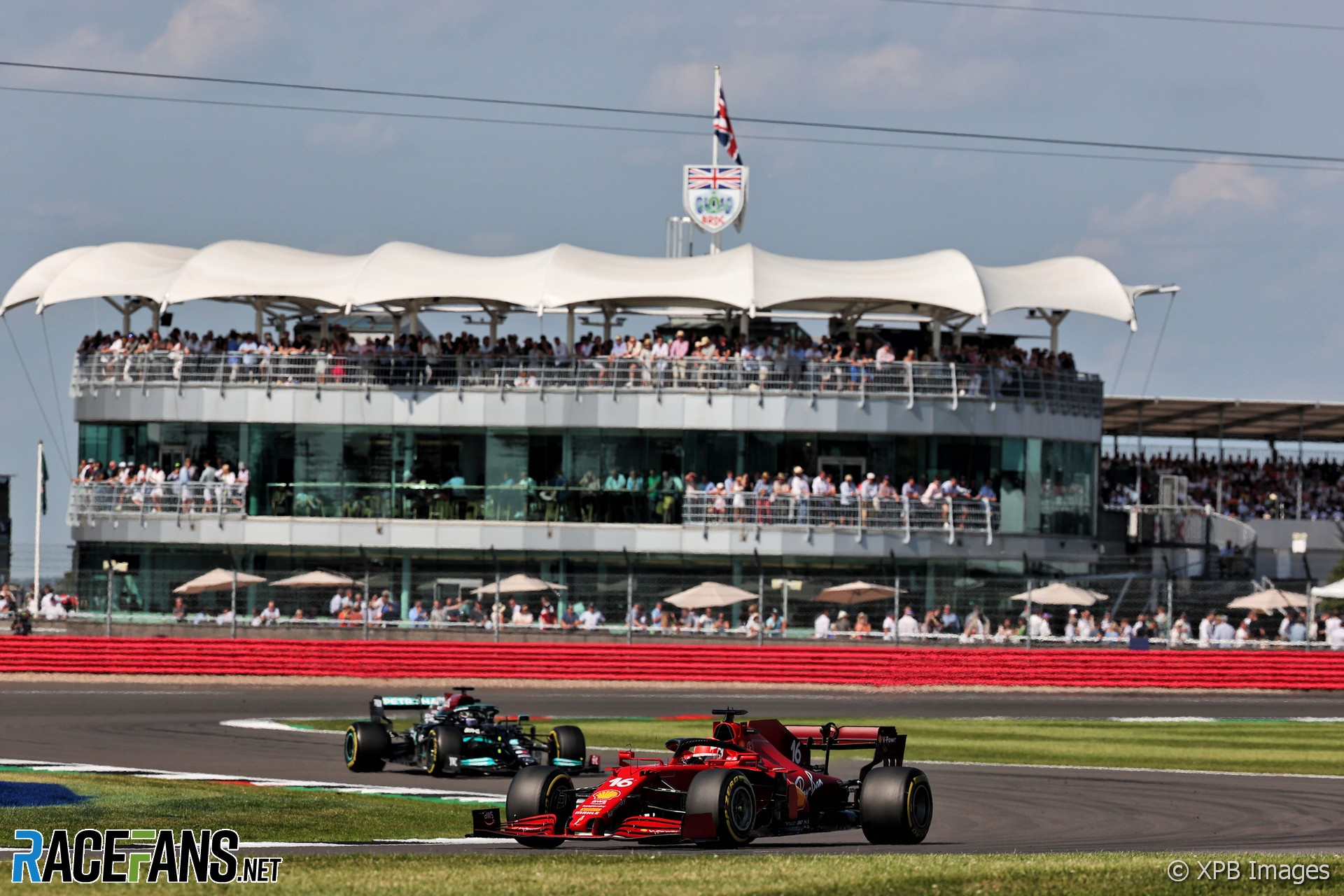 Both Ferrari drivers finished out of the points at Paul Ricard after experiencing a serious drop-off in tyre performance. The team were concerned they might encounter a repeat at Silverstone, another circuit which puts severe strain on the front tyres.

However both drivers had strong pace in the race. Leclerc, who started fourth, took the lead on the first lap after Hamilton and Max Verstappen collided. He kept the lead until lap 49, when Hamilton overtook him for the victory with three laps to go.

Leclerc said Ferrari’s pace in the opening stint on medium tyres was “surprisingly good”. He was able to run ahead of Hamilton despite an intermittent engine problem. “The car felt incredible there and we were very, very quick.”

However Hamilton caught him quickly once they switched to harder tyres in the second stint.

“On the hard, it’s not like something felt especially weak,” said Leclerc. “It felt quite good but whenever I started to hit the traffic, I could feel we were on a bit more fragile tyre and we seemed to suffer a bit more, by being [near] those guys, even though it was so quite far, I could feel the rear of the car was not as stable as I wanted it to be.

“This made us lose a little bit the pace that we had before. But overall, even when everything felt good, Lewis was just much quicker than us on those hard tyres.”

Ferrari’s efforts to understand what went wrong in the French Grand Prix will continue despite their successful race yesterday, said Leclerc.

“There’s been a big investigation after France to try to understand exactly why we were struggling that much with those front tyres,” he said. “I don’t think we get that answer yet. So yes, we were much better here but I don’t think it is because we found the complete answer of what happened in France.

“So, the investigation is still going on and we are still working hard on it. And even though we’ve had a good day today we don’t forget about the bad day in France and once we understand the full extent of why we were slow in France.

“Then I’m pretty sure we will do a big step as a team and it will help us to reproduce this type of performance as we did today.”