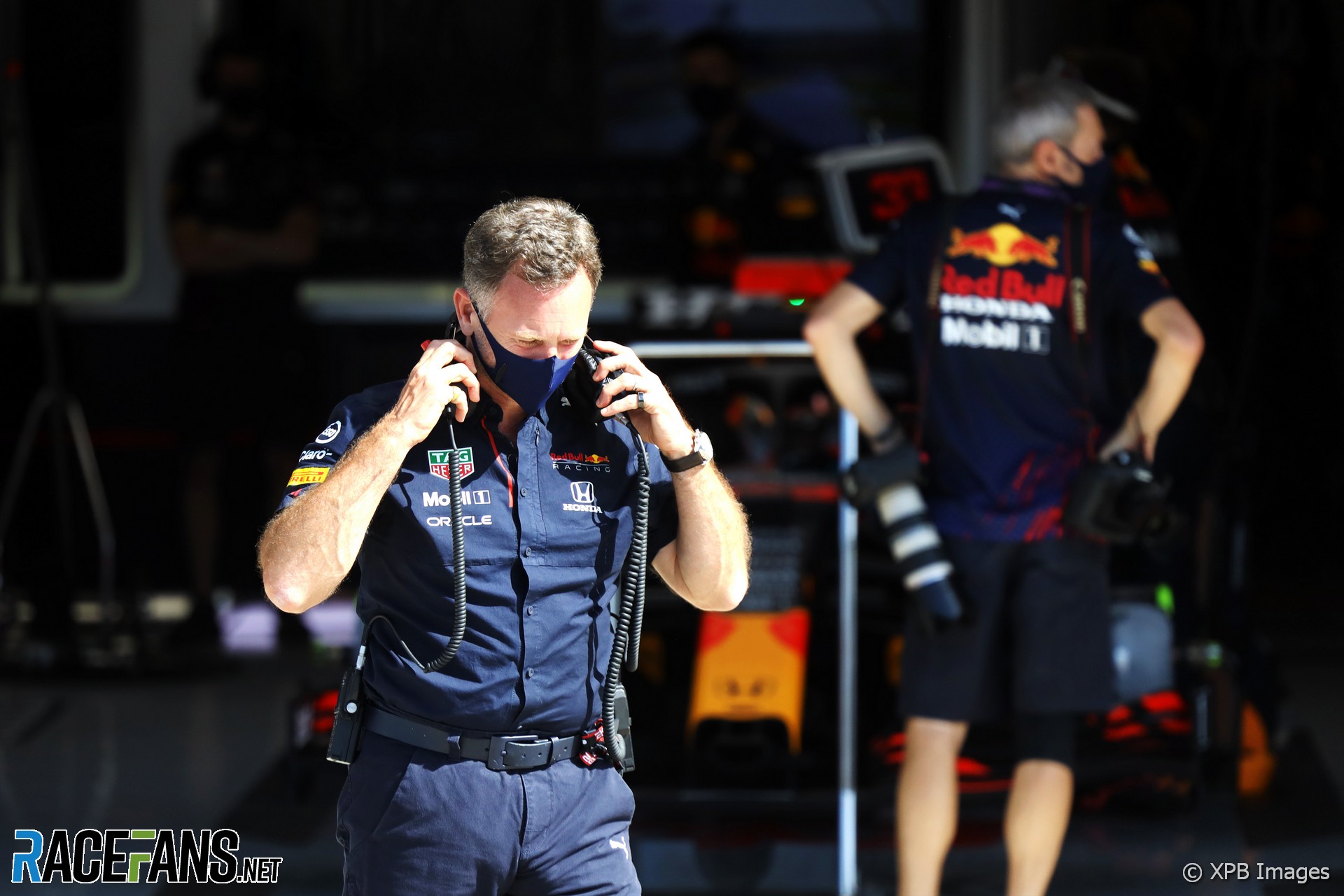 Red Bull team principal Christian Horner said it was “unacceptable” for his opposite number at Mercedes, Toto Wolff, to lobby the stewards in person during the British Grand Prix.

However the FIA’s Formula 1 race director Michael Masi said he has no concern about team principals putting their cases directly to the stewards during races.

Horner visited the stewards after he learned Wolff had gone to put Mercedes’ case forward following the collision between Lewis Hamilton and Max Verstappen.

“I saw Toto who was lobbying the stewards, which I heard that’s what he was going there to do,” said Horner in response to a question from RaceFans. “So I went to make sure that our view was represented because I don’t think it’s right that team principals should be able to go and lobby the stewards. They should be locked away so that they’re not influenced.

“For me, that was unacceptable that he had gone up there to lobby the stewards. So I wanted to make sure that there was a balanced opinion given, rather than trying to influence pressure on the stewards to make a menial sentence.”

Horner, Wolff and other members of their teams were heard exchanging radio messages with Masi following the collision at the start of yesterday’s British Grand Prix. In one exchange, Masi told Wolff to “feel free to go upstairs and visit the stewards”, which he did.

This was pointed out to Horner, who stood by his view that the stewards should not hear from team members during the race.

“I don’t think the stewards should be interfered with. They need to be there clear-headed to be able to make those decisions.

Wolff rejected Horner’s complaint, saying he got in touch with Masi after hearing about Horner’s message to the race director, which was played on the television broadcast.

“I was told that there was a rant on the radio to Michael about all the badness in the world,” said Wolff. “And then I went up and gave my opinion.

“I think it’s fair enough. I’ve been to the stewards many times in my life.”

Masi said he has not concerned about team principals speaking to stewards in person during a race, pointing out it happened at the Italian Grand Prix last year when Hamilton queried a penalty during a red flag period.

“If we have an incident after the race, we invite the teams and the drivers to come up and appear before the stewards,” said Masi. “We had the case in Monza last year when Lewis went and spoke to the stewards to understand and have a look at the whole thing. It’s during the suspension, so that ability exists, there’s no reason not to.”

He said he had “no frustration” at the series of messages he received from the two teams following the crash.

“Obviously, that’s part of what they do. It comes about in various waves, depending on what it is. Everyone’s looking after their own little patch of turf, so to speak, which you’d expect.

“But from my perspective, I treat them all equally and trying to balance up what we’ve got to do and set certain priorities within your own mind of what you’ve got and need to prioritise accordingly.

“There was a couple of times with Mercedes-Benz or with Red Bull at the time where I said ‘just hang five and I’ll get back to you’, which happened earlier, which you probably didn’t hear, you only heard the one that was broadcast.”

Masi isn’t troubled by the possibility of the FIA being drawn into the increasingly bitter contest between the two championship rivals.

“Whatever sniping might happen between Red Bull and Mercedes behind the scenes is not of concern to us,” he said. “We judge on what happens out there on the sporting field or on the track in our circumstance.”