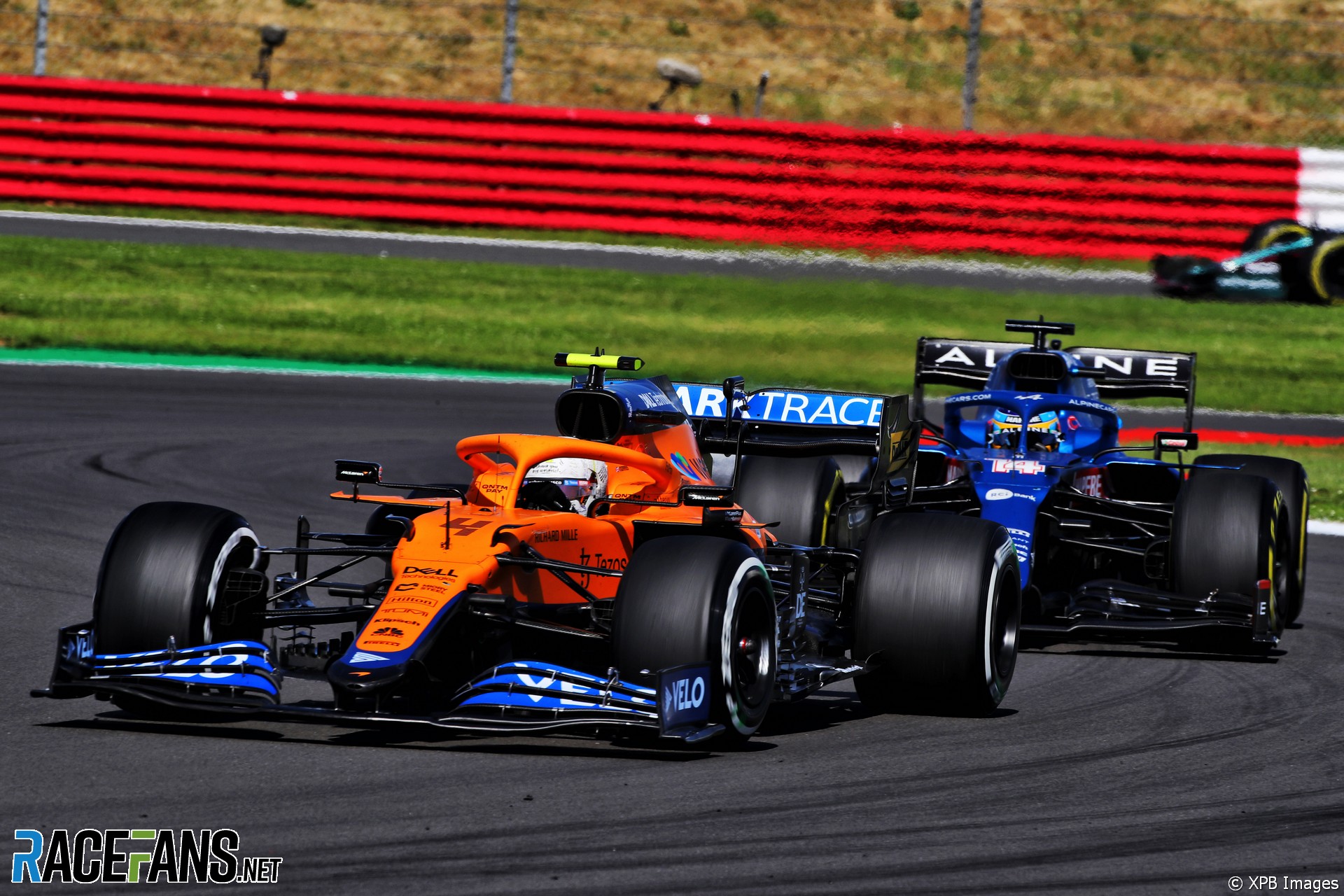 Lando Norris talked down his chances of reaching the British Grand Prix podium on Sunday, but admits disappointment that he finished one position away from it after a slow pit stop.

Norris started fifth and gaining a position when Max Verstappen crashed out. He picked up another by passing Mercedes’ Valtteri Bottas at the restart following the early red flag stoppage.

The McLaren driver ran third until his pit stop, which took over six seconds to complete due to a cross-threaded wheel nut. That cost him his place to Bottas, which he was unable to recover in his second stint.

“I’m not too happy to come out in that position,” Norris said. “But in the end, whether or not we could have hung onto third place is the question, because Mercedes were a lot quicker in the second stint and comparing to everyone, they somehow took a big step forward.

“I don’t know what we could have achieved, but at least here in Silverstone, in front of the fans I would have loved to just had a chance to fight. We did hold them off reasonably well in the first stint. And he never got even within DRS.

“So I would have had a chance, I reckon, and I had the motivation from everyone around to kind of go for it and push for it.

Getting stuck behind Alpine’s Fernando Alonso after hit pit stop on lap 21 of 52 was another contributing factor to Norris finishing the race 17 seconds behind Bottas.

“At that point, all I needed was an alright pit stop and I would have come out ahead of Bottas. And then the worst thing was I came up behind Fernando, which meant I couldn’t push on the first lap at all.

“I destroyed my tyres, which meant the whole stint was compromised, just from pushing so much on that first lap to try to gain something back. So it’s like a double loss that I had.”