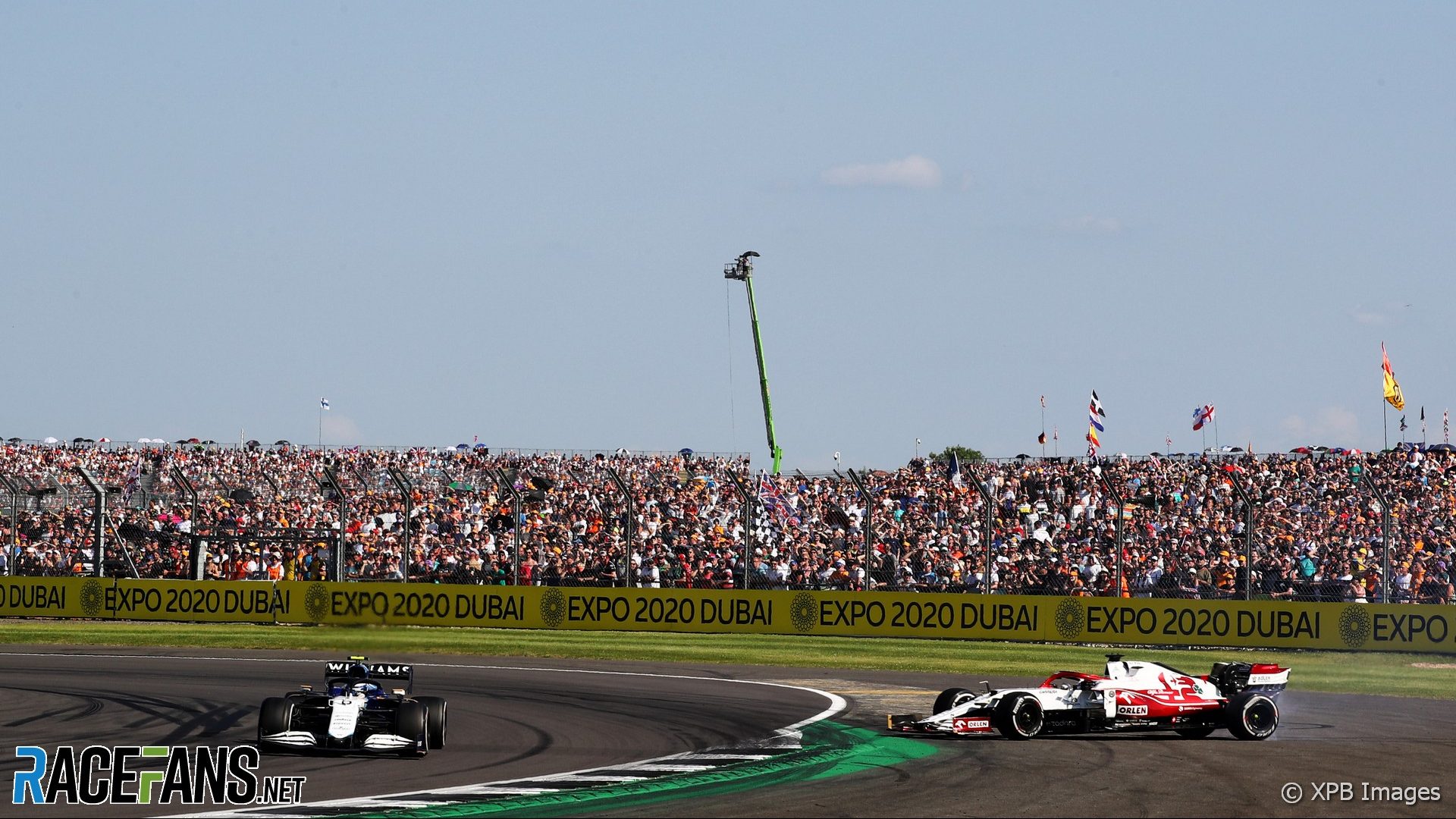 Sergio Perez brushed off his British Grand Prix clash with Kimi Raikkonen as “over-optimism” on the latter’s part as they fought for 11th place.

Spinning out of Saturday’s sprint qualifying race meant Perez started the grand prix from the pit lane. He came across Raikkonen following his first pit stop and overtook him for 13th. He rose up to eighth, then pitted a second time and dropped back behind the Alfa Romeo driver.

Perez’s tyre life advantage enabled him to overtake several cars and close back in on Raikkonen, and they went side-by-side into the Club complex with six laps to go. As Perez passed him on the outside, Raikkonen spun down to 16th. The stewards decided to take no action over the incident.

“I think he was just over-optimistic,” said Perez. “He was moving very late into [turn] 15. I overtook him around the outside, and then at 16 I was on the inside so I was ahead of him and he tried to stay around the outside.”

Raikkonen thought his rival “maybe didn’t see me” before his spin, but was unbothered by no blame being attributed for the incident.

After the scuffle, Perez made a third pit stop and dropped behind Raikkonen again, and finished a lapped 16th but with fastest lap. Red Bull’s decision to pit Perez from 10th place for fresh rubber denied race winner Lewis Hamilton an additional championship point.

Perez said the British Grand Prix was “definitely a big weekend for us to forget”.

“We were not able to make as much progress as expected,” he explained. “We found ourselves in a very difficult position with tyres. As soon as we were getting into the DRS train it was pretty hard to pass people.

“I think P7 was possible today, definitely. I think Lance [Stroll] and Fernando [Alonso], with a couple more laps definitely I could have got them, but more than that was pretty difficult and in the end for strategic reasons we decided to [pit].”

Perez said Red Bull took a flexible approach to his race strategy. “We remained very open, and as soon as we found ourselves in a traffic position with the DRS train it was worth trying something different”.

The lack of points means Perez has dropped to fifth in the standings, and Red Bull’s title lead has been slashed to just four points.