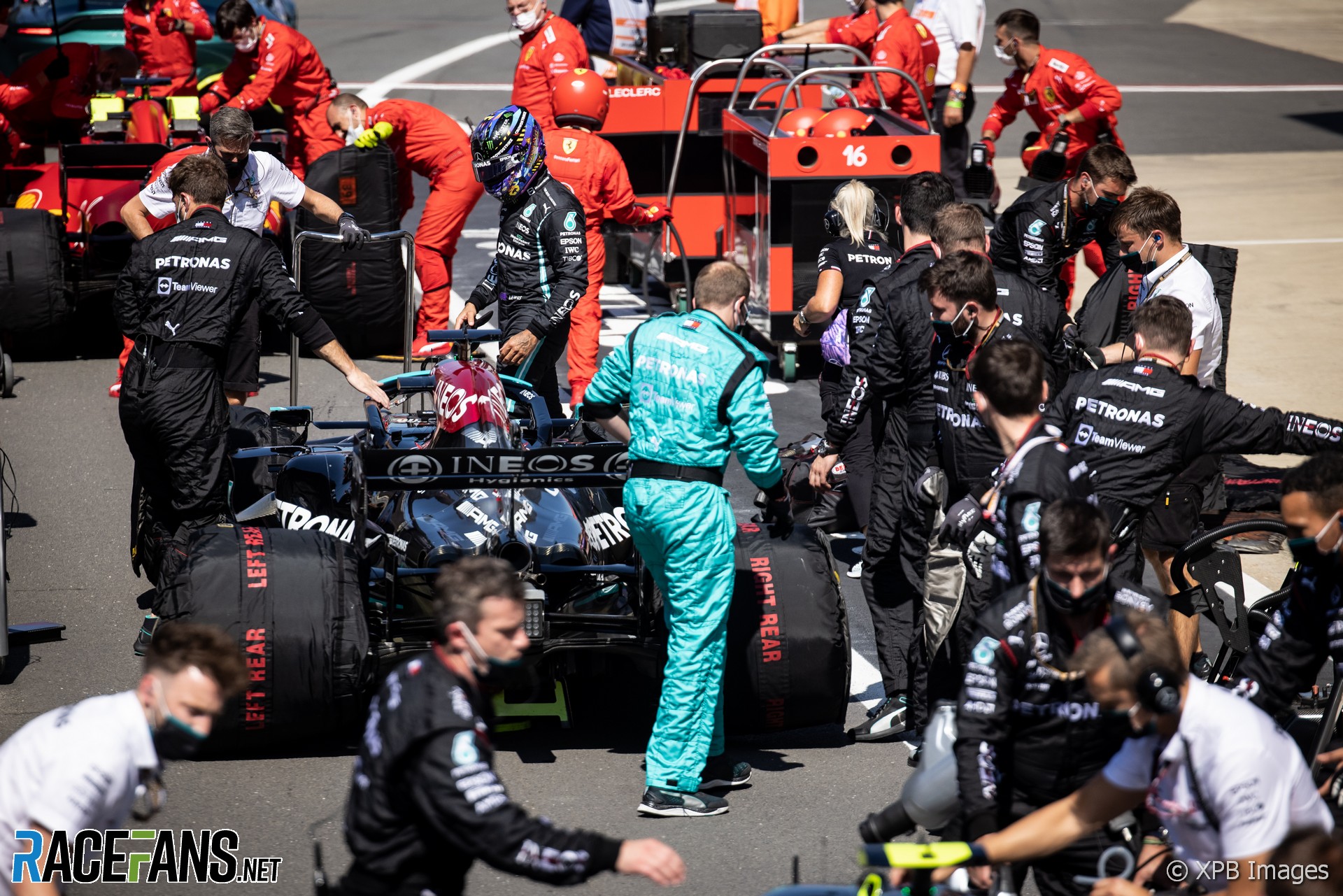 British Grand Prix race winner Lewis Hamilton would have had to retire had the race not been red-flagged following his collision with Max Verstappen, according to his team.

Hamilton and Verstappen made contact at Copse corner on the first lap of yesterday’s race. While Verstappen suffered an enormous crash, Hamilton was able to continue.

However Mercedes’ head of trackside engineering Andrew Shovlin revealed Hamilton had sustained damage to his car which they could not have repaired in time had the race not been suspended.

“We’d failed the rim where we’d had the contact at the front-left,” said Shovlin. “So that would have been a DNF [did not finish] had it not been red-flagged.”

The team were able to repair the damage during the stoppage. Shovlin said there was “actually remarkably little” else that needed to be fixed.

“There was a tyre temperature sensor that had got knocked loose so it was waggling around,” he said. “But amazingly, it’s the least important part on the front wing and it was the only one that broke.”

FIA Formula 1 race director Michael Masi said the race was red-flagged primarily to give trackside workers time to repair the barrier Verstappen hit. However there was also doubt over what damage the impact might have done to Verstappen’s power unit.

Although the energy recovery system light on his car was showing a green ‘all-clear’ signal, the loss of data from the car gave race control cause for concern.

“With Max’s car having lost telemetry due to the size of [the crash], neither he nor the team could confirm the ERS status,” Masi explained. “So even though the light was green, we ran a super-cautious approach and sent two team members out, which is within the protocols that we have to check the car to make sure that it was safe before the car got recovered.

“And then following that was the obvious barrier repair that had to happen to the barriers. For everyone’s benefit, as we’ve seen before with barrier repairs, [we’ve] got the ability to suspend the race and it’s the perfect tool to use in that circumstance.”