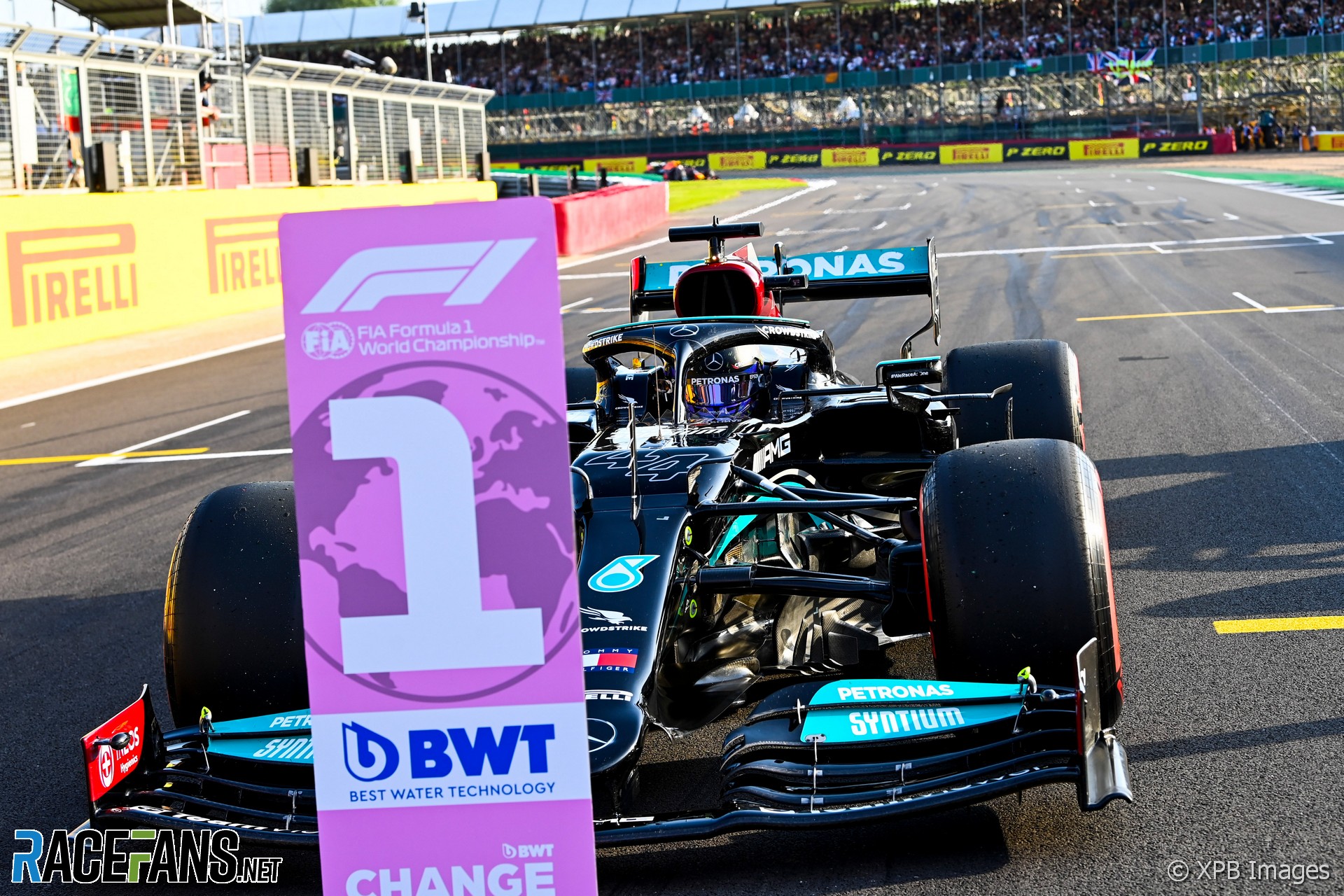 In the round-up: Haas team principal Guenther Steiner has joined calls for Formula 1 to retain the classic definition of ‘pole position’ following the introduction of the sprint qualifying format.

Formula 1 introduced its new sprint qualifying format at Silverstone, which added an extra race on Saturday to decide the grid for the race. It stated the race winner would be considered the official pole position holder for the weekend, rather than the top qualifier, in a departure from tradition.

Sebastian Vettel was among those to criticise the decision, calling it “wrong”. Haas’s Steiner agrees with him.

Formula 1 managing director Ross Brawn has indicated the rule may be reconsidered if the sprint qualifying formation is retained beyond this season.

Pirelli gave insight into the formidable loads experienced by its tyres last weekend at one of the fastest and most demanding circuits on the Formula 1 calendar.

“There is a lot of lateral energy that is going into the tyre and the front is the most heavily loaded tyre,” said Pirelli’s motorsport head Mario Isola. “We were just checking the other day on on the loads for example in Maggotts, Becketts and Chapel, the sequence, on the loaded side on each tyre there is a lateral load of 1,200 kilos. That is quite a lot on each tyre.

“And there are many corners where we we have more than five G or close to five G of lateral acceleration. So it’s quite a hard circuit for the tyre, especially for the front.”

Good to be back home 👌 pic.twitter.com/Gy4zlnyBNF

"If you have to give a sanction, which in some ways they didn't need to, this was not right decision - it wasn't enough."

"I am told by Red Bull there is data to prove Lewis was significantly faster into Copse than at any other time and he would not have made the corner without running wide, and inevitably contacting Max."

"Castroneves was surprised at the amount of elevation change on the bridge, which IndyCar athletes will cross twice each lap. While street courses are typically rough and bumpy, rarely do they have much elevation change. Castroneves expects that to throw teams a curveball."

"In the first race the start was not great – it was a complete disaster if I am honest, so I am happy to have gotten a good start in race two. It was by far the quickest that I have ever done, so it was good, and I hope to repeat it."

"Born in 2003, Patterson has been a world-class karting star for several years. In 2017, he won the prestigious Trofeo Industrie, before claiming the CIK-FIA World Junior Championship in the OK-Junior class later the same year. In 2019, he won the WSK Super Master Series in the OK class."

"He was approached by two men who engaged him in conversation. A short time later he was assaulted and held by one of the men while his watch was removed from his wrist. The victim was understandably shaken but did not sustain any lasting injuries."

Rowmk9 argues against the suggestion that because the use of the red flag has become more common, it’s time to take away the automatic right for teams to repair their cars during race suspensions:

I think no repairs under a red flag is not a good idea. The best suggestions I’ve seen in the comments is that cars needing repairs get put in their garages and put to the back of the field for a restart. In the scenario that unfolded at Silverstone, that would’ve put Hamilton at the back and still have a penalty and a win would’ve almost certainly been out of reach then.

However, this could also ‘penalise’ victims of race damage as well as perpetrators (imagine if on lap one in the race there had been another skirmish unrelated to the red flag where the innocent party picked up front wing damage or a puncture). Then this rule completely trashes their race. So on some days this rule would punish a perpetrator of a red flag incident, and on other days it could ruin the races of completely innocent parties who may have picked up damage from being on the wrong end of a poor overtaking move.

Then there is the most important aspect, safety. I think if teams aren’t able to repair damage before a car takes a race restart, that puts them and the FIA in a tricky position if any car with damage is then subsequently involved with a serious crash that results in injury or loss of life.
Rowmk9