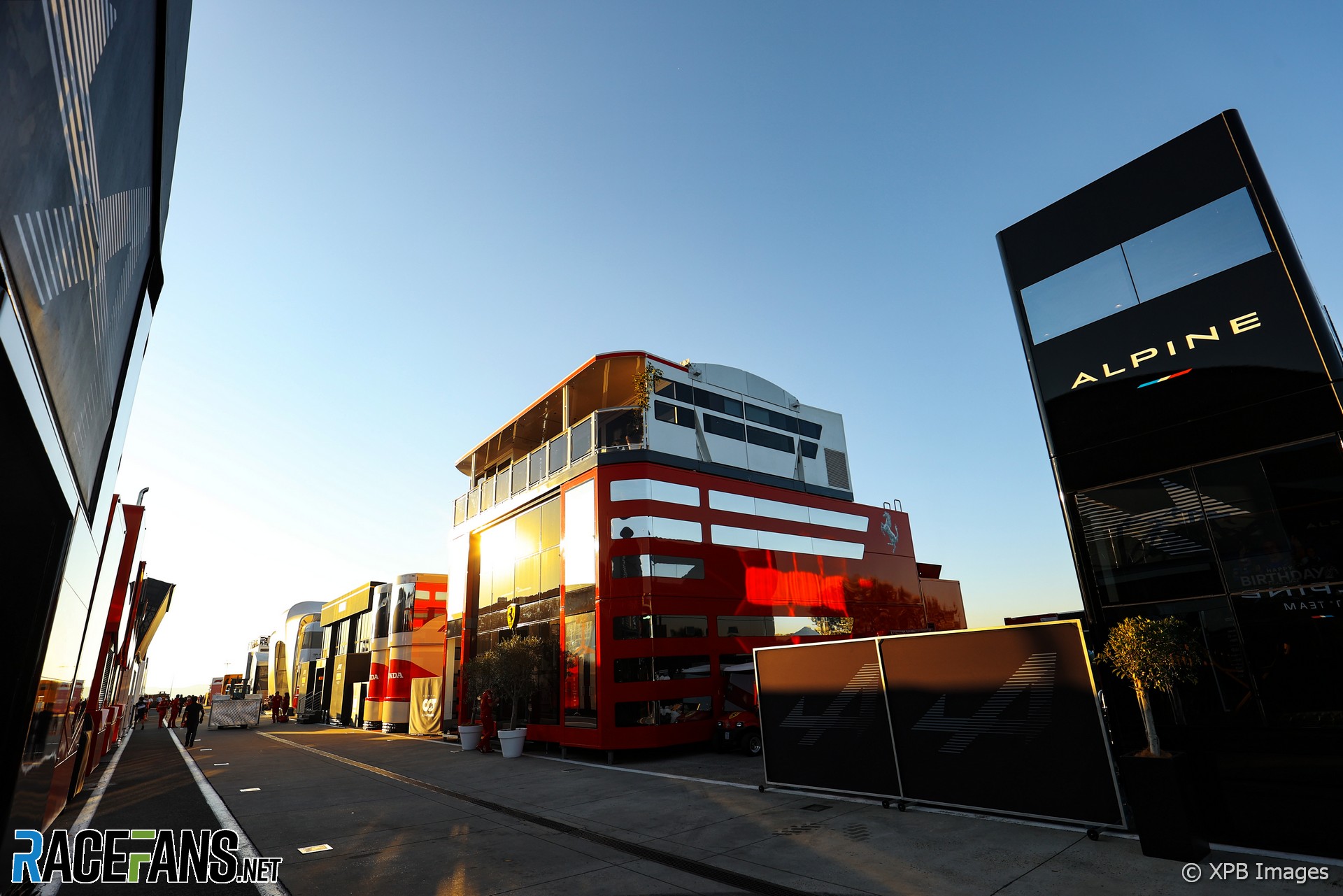 Amid the paddock buzz over that Silverstone crash, the real intrigue at the Hungaroring surrounds the top FIA man heading to Audi to work on its Formula 1 project.

Head for Hungaroring from hotel in central Budapest, having arrived the previous afternoon from Brussels. By comparison with my previous flights – in May, other grands prix I’d attended by train or car – air travel has certainly picked up, but clearly airlines and airports have not upscaled operations to cope. As borders progressively open, matters can only get worse unless they adapt rapidly.

Upon arrival at the circuit, situated a 30-minute north-east drive from the city, I take a mandatory Covid test – despite having been tested the previous day and Hungary being a totally mask-free country, with almost 60% of the adult population double vaccinated. After Formula E’s London round last week opened its grid to a mass influx one wonders how much longer F1 can justify its stringent testing and ‘bubble’ regimes.

Based on paddock chatter I gather Red Bull is pinning its hope for a review of the Max Verstappen / Lewis Hamilton crash during the opening lap of the British Grand Prix primarily on GPS and telemetry data – some of it obtained via simulations – with a particular focus on Lewis Hamilton’s trajectories during various laps of Silverstone in the hope that the stewards are persuaded that he simply made a desperate mistake.

I wonder how much of it will be considered new, and above all, relevant. If not, a verdict can be expected within hours of the 4pm hearing drawing to a close. 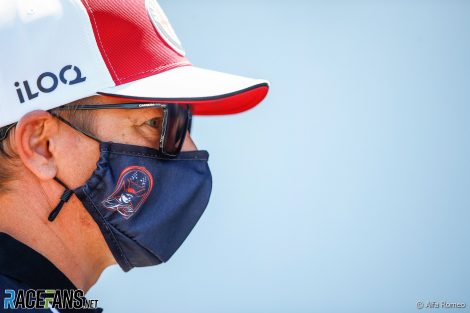 At two o’clock I meet Kimi Raikkonen for an exclusive interview. Some 20 years ago I was the first journalist to interview him as Formula 1 driver when he made his debut with Sauber. “A long time,” he chuckles as I produce a photo of that first chat which breaks the ice with the Iceman.

We talk about the intervening two decades. In the process he reveals that his first stipend was split with his parents as thanks for years of sacrifice. It seems when he was 12 they’d faced a choice: new kart for the Finnish championship or their first inside toilet. The contract curtailed their oft-icy outdoor trips.

During the FIA press conference I’m impressed with Max Verstappen’s demeanour – despite a heavy crash into the barriers and disappointment of seeing his hard-earned championship lead decimated he answers a number of loaded questions calmly and lucidly. It’s all too easy to overlook he is but 23 years old, so cool is he under fire. He sees no reason to change his approach.

Lewis Hamilton, too, is, adamant nothing will change in his approach. “I would do the move exactly the way I did it last time” he affirms, despite the stewards having found him “predominantly to blame for the accident”. Racers will be racers, so this one seems set to run until December and maybe beyond, 2022’s cars permitting. 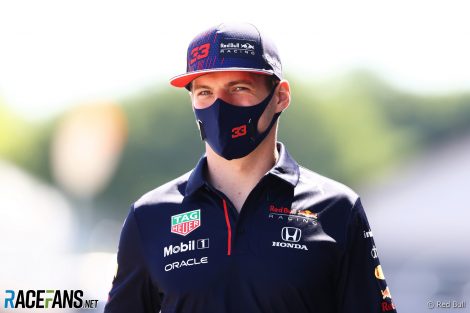 During the later Dutch-language session Max is in even better spirits, explaining how much he enjoys the city and Hungaroring, where he and father Jos bring their own cars here to “play”.

Around six I learn the hearing is over – I’m told the review is rejected – so begins the long wait for the stewards’ document. I head to a restaurant in the city with two Hungarian colleagues to sample the local fare. I start with a bowl of goulash soup so deliciously spicy that I order another serving – which does me perfectly for the evening.

The confirmation of the verdict arrives later in the evening. While it confirms my suspicions that no substantially ‘new or relevant’ evidence was tabled by Red Bull, I do wonder whether the review process itself needs a review, with a different set of stewards to those who handed down the original verdict presiding over the review. Plus, surely – in this electronic era – the two-week timeframe could be reduced. 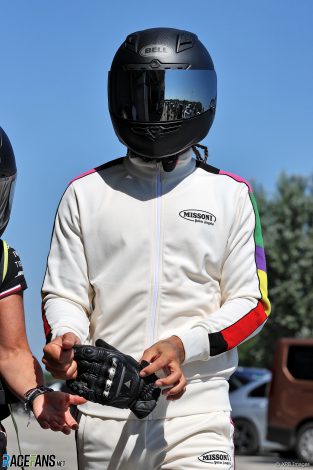 Arrive at circuit and immediately it is clear the promoters will have a full-ish house: circuit-bound traffic is substantially heavier, so I use the ‘F1 personnel’ motorway lane thoughtfully provided each year. I’m told the circuit operators expect over 60,000 spectators on Sunday and well over 100,000 in total, so outside of the paddock life seem to be returning to normal.

During my early morning walkabout I catch up with Vitantonio Liuzzi, former Red Bull, Toro Rosso and Force India pilot who is (driver) stewarding this weekend. I’d always felt that he’d underachieved in F1 – mainly due to the cars he’d been served – and I’m pleased he’s willing to return something to the sport.

He tells me he could be tempted by the historic racing scene, but not as prolifically as, say, Emanuele Pirro. “Sometimes I think there are five Pirros out there, so often do I see his name listed…” he quips.

Hamilton’s arrival around 10am amuses me: the seven-time champion is bedecked in helmet and striped overalls, which fools a number of snappers and TV cameramen, who ignore him as they focus on other paddock life. Only when he is later spotted in the overalls, without his helmet, do they realise whom they missed.

An absolutely solid source reveals Adam Baker, the FIA’s safety director whose resignation from the governing body was confirmed during the FIA conference I attended in Monaco after the Austrian GP double header, is heading to Audi to direct motorsport strategies for the Volkswagen Group’s subsidiary. 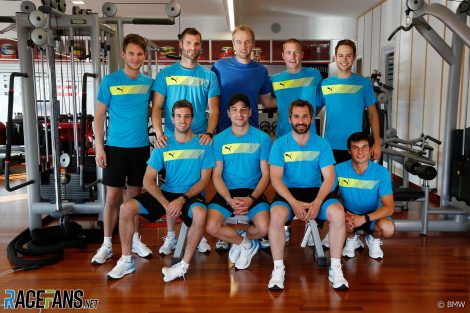 Baker (pictured middle of top row) is a high achiever with an enviable motorsport CV including head of race and test, powertrains with BMW during its F1 tenure plus top DTM roles. He oversaw the investigation into Romain Grosjean’s fiery accident in Bahrain and implemented the FIA’s global accident database, which investigates all serious motorsport accidents. Incidentally, Verstappen’s Silverstone crash is on the to-do list.

Baker’s departure is said to carry the FIA’s approval for all the right reasons, so clearly something major is brewing at Audi. My source says Baker’s primary task is to devise a strategy for Audi’s F1 entry, probably as engine supplier, suggesting the Four Rings board is at the very least seriously considering F1 – even if it comes to naught, which is a possibility. Will Audi acquire the (ex-Honda) Red Bull Powertrains project, I wonder?

The team principals’ press conference time is a particularly contentious session given the presences of Red Bull team principal Christian Horner and his Mercedes counterpart Toto Wolff, and following their various comments since Silverstone. The hype makes it easy to overlook that while Red Bull had its request – its regulatory right – rejected, the verdict that Hamilton was ‘predominantly to blame’ was re-affirmed by the stewards. No amount of posturing by Mercedes changes that. 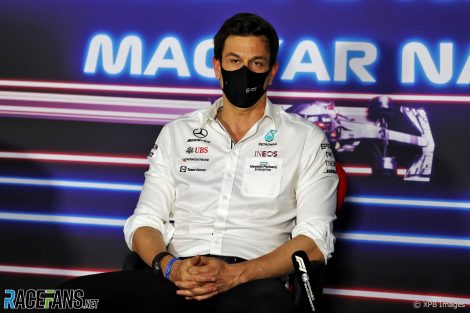 I’m rather concerned by potential ramifications of comments made in response to my question to Mercedes motorsport CEO Toto Wolff. “Is it not concerning that Lewis said that he would do exactly the same next time, particularly given the verdict and the safety angle of that?” I ask of the collision which caused a 51G crash.

“I think he would probably get another 10 second penalty if that is the precedent that the stewards set,” Wolff replies.

After second practice I take another paddock stroll, in the process spying Allan McNish, former F1 driver and Audi’s Formula E team boss in addition to a veritable roll-call of motorsport achievement’s such as WEC world champion and Le Mans winner with Audi. Is his presence in the Hungary paddock purely coincidental, particularly given the Baker appointment? Stay tuned…