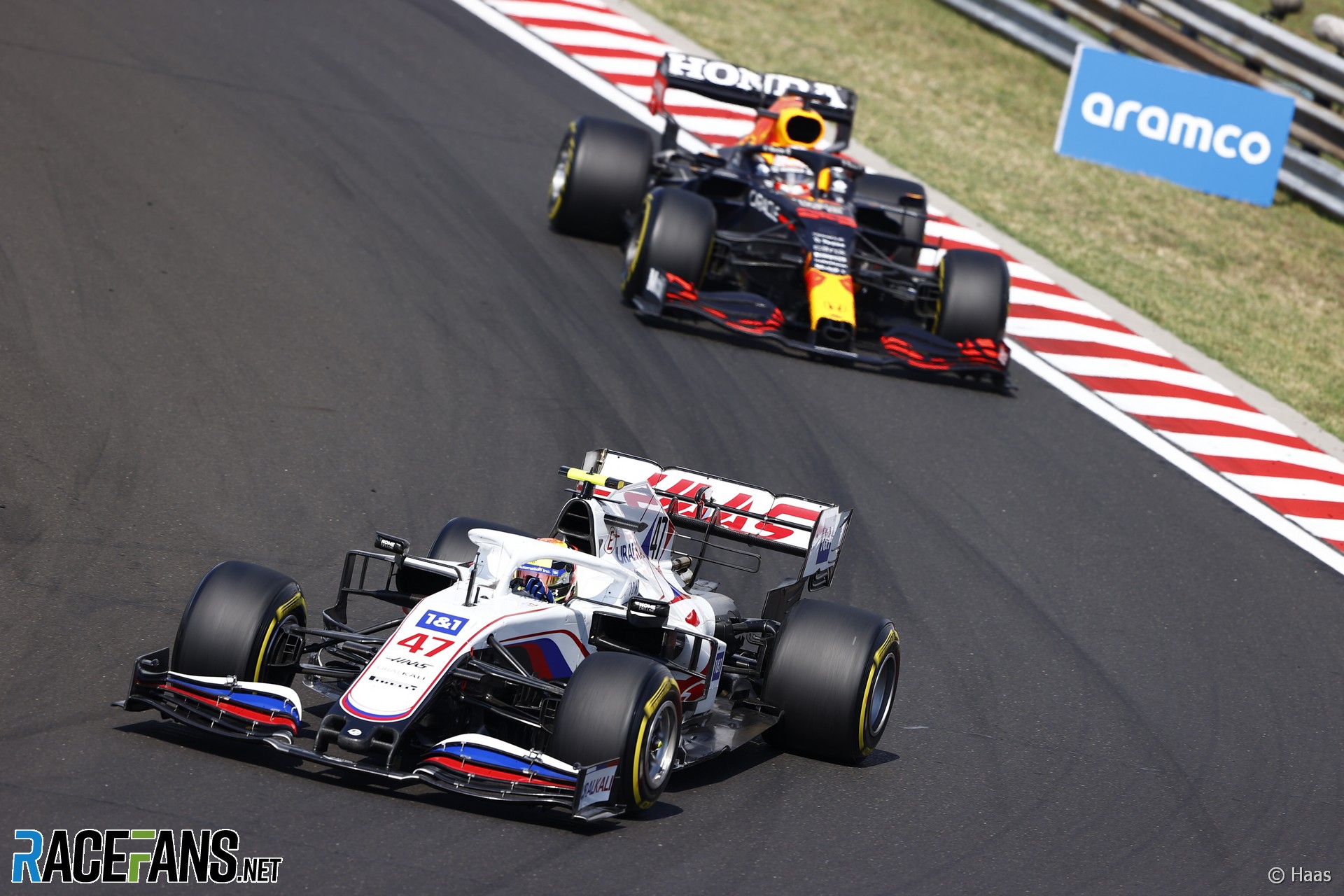 Mick Schumacher was surprised he was able to keep several quicker cars behind as long as he did in the Hungarian Grand Prix.

Haas have had the slowest car at every race so far this year, but Schumacher ran ahead of several quicker rivals who fell behind him early in Sunday’s race. He spent several laps scrapping with Max Verstappen, who had heavy damage on his Red Bull, Pierre Gasly and Lewis Hamilton. The trio eventually made it past him, but the rookie was surprised they didn’t get by more quickly.

“I was not anticipating holding them all that long but I was glad that I was able to and able to also get the opportunity to fight with the top guys,” said Schumacher.

“I was fighting with Max twice on the road. So being able to make my experiences [count] in that case and feel the pressure and not crack under pressure, I think that was really positive day for us.”

It took until lap 16 for Verstappen, Gasly and Hamilton to pass Schumacher. He finished the race 12th, close behind Antonio Giovinazzi.

Haas therefore remain point-less heading into the summer break, but Schumacher believes the team’s “very positive” performance in Hungary gave them cause for cheer.

“I think it really gave everybody a bit of a light at the end of the tunnel,” he said. “There’s lots learned, lots to take away from here. And obviously I think for everybody a lot to look forward to into the summer break and then coming back in Spa.”