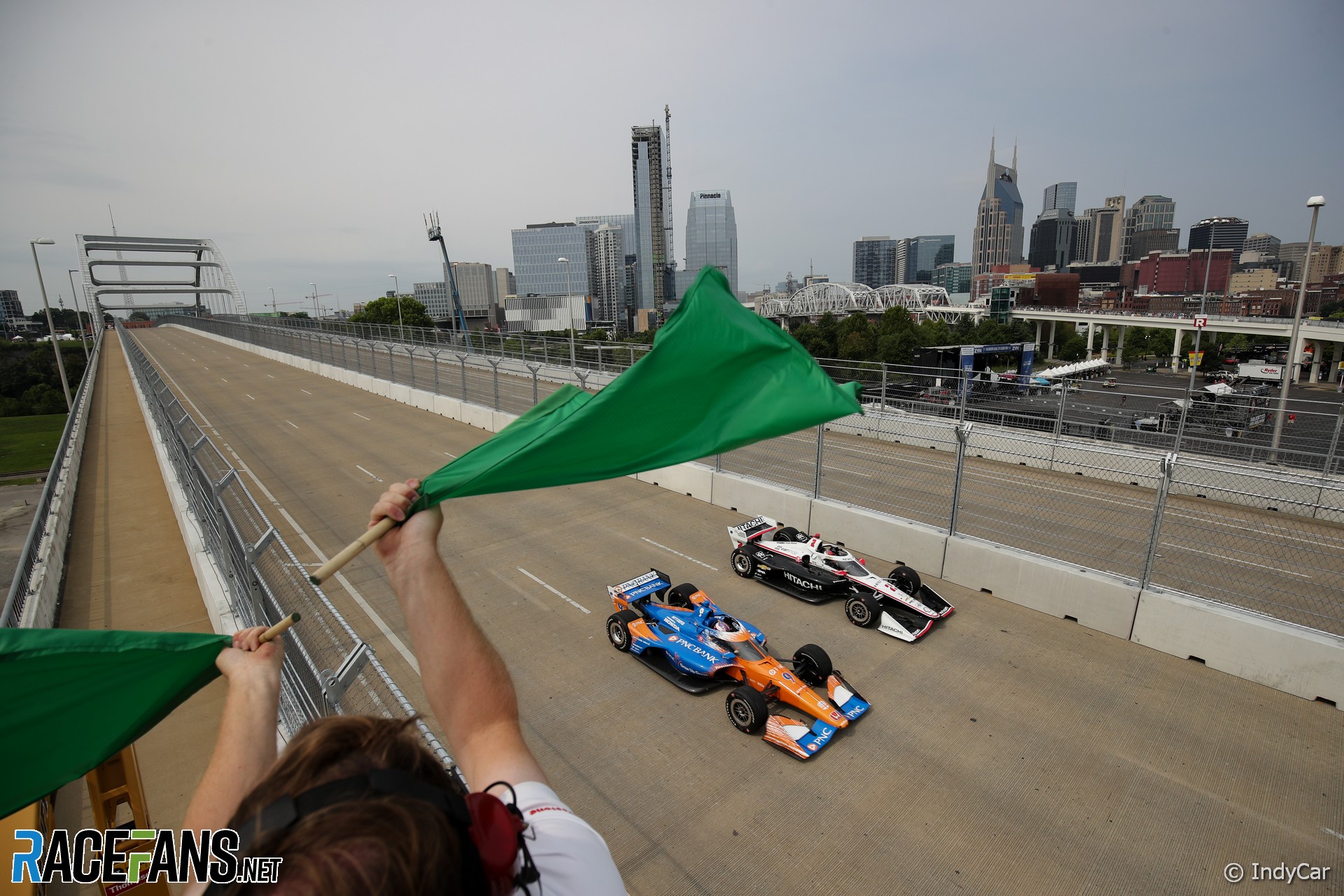 IndyCar drivers gave a broadly positive reaction to Nashville’s new street circuit but want some of its harsher bumps to be eased before running continues on Saturday.

A key area of concern includes the section which takes drivers in both directions across the Korean War Veterans Memorial Bridge.

“The biggest issue is the bridge,” said Romain Grosjean after setting the third-fastest time in today’s practice session. “Jumping, going down from the bridge both sides is a bit hectic. So hopefully we can find a bit of a solution overnight.”

The former Formula 1 driver was otherwise complimentary about the three-and-a-half kilometre, 11-turn course.

“The rest of the circuit is really ‘congrats, good job’,” he said. “Amazing elevation. The Tarmac is actually really good. It’s not too bumpy anywhere else it’s just those two [areas] on the bridge that’s a bit tricky.”

Patricio O’Ward, who was unable to run during the second half of today’s practice session after damaging his car when he hit a barrier at turn five, also praised the layout.

“I love this place,” he said. “What a cool track. The damage doesn’t seem to be too bad. We’ll be ready to go tomorrow and we’ll see what we’ve got for qualifying.”

But O’Ward admitted the bumps drivers encounter when they first cross the bridge are “very violent”.

“You’re going through there and the wheel is getting knocked out of your hands,” he explained. “It’s very unique. It’s not like any other place we go to.”

The quickest time in the first session was set by Colton Herta, who lapped the course in 1’16.587. He believes the new addition to the IndyCar schedule is the bumpiest track they visit.

“I think it’s even bumpier than Detroit which we always say is the bumpiest street course that we go to,” said Herta. “This one might take it.”

“It’s kind of nerve-wracking the first time you have to go flat-out over the bridge with the bumps because the last thing you want to do is [have] the car bottom on you, send it into the wall on the straight. You’d kind of look stupid with that.”

IndyCar’s new race is in “a great market” for the series, Herta believes. “It’s so close to everything that IndyCar’s all about in the mid-west,” he said. “It’s going to be an awesome weekend, can’t wait for it and what a great start.”