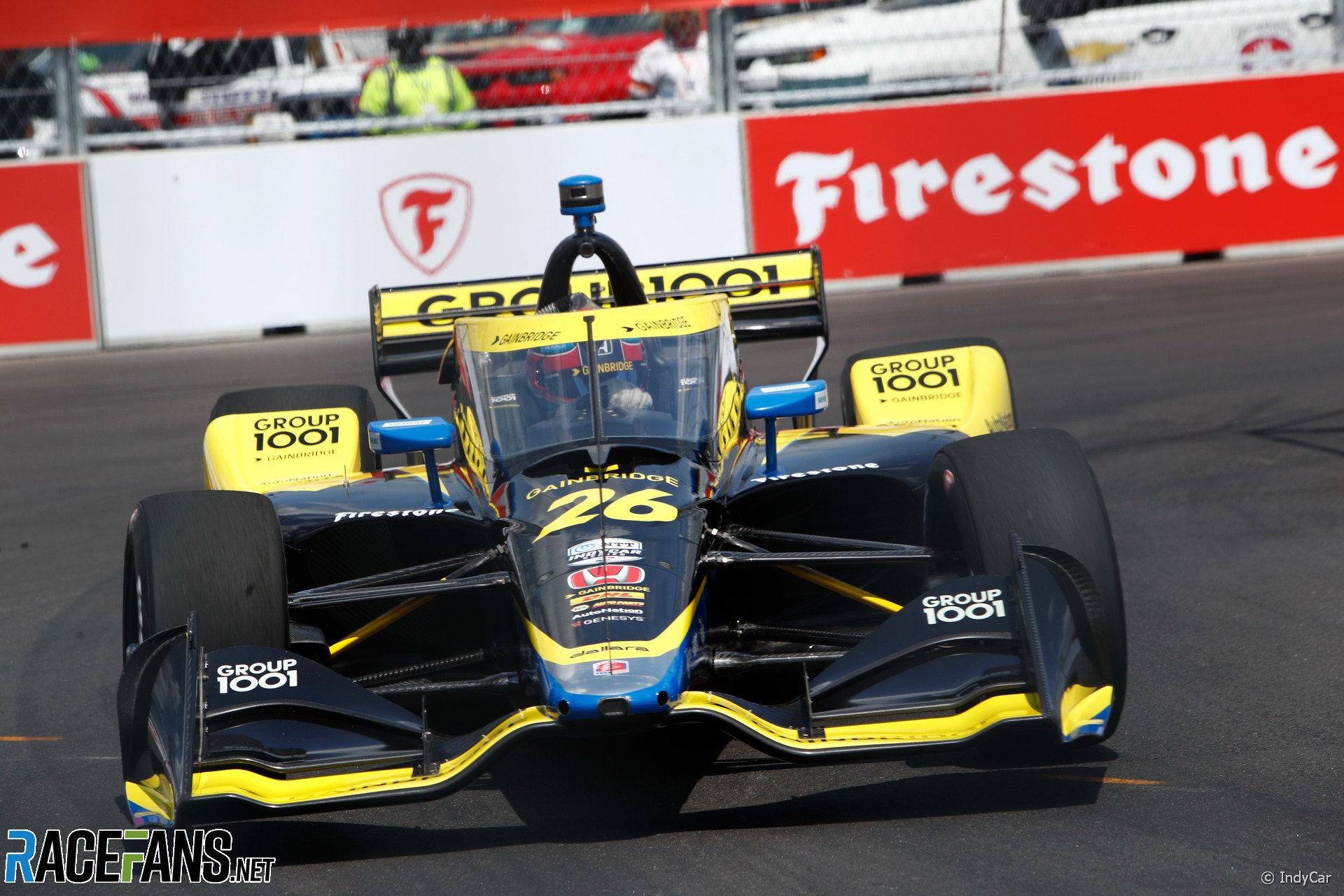 Colton Herta won the pole position for the inaugural Music City Grand Prix on the streets of Nashville, Tennessee, continuing his dominant run of form since the start of the weekend.

After leading the first two practice sessions, Herta was able to use his superior pace on the harder primary compound “black” tyres in the first round to save a set of new, alternate-compound tyres for the Fast Six phase of qualifying. On his last flying lap, the Andretti driver claimed the top spot with a lap time of 1’13.684.

“What we did in Q1 really helped us there, with being able to transfer on the black tyres,” said Herta after qualifying. “We’re really in a league of our own.”

Chip Ganassi Racing drivers and championship contenders Scott Dixon and Álex Palou finished the session with the second and third fastest times, respectively. However championship leader Palou will take a six-place grid penalty due to an unapproved engine change prior to the start of the weekend. He will therefore start tomorrow’s race in ninth place, one position behind his closest rival in the points, McLaren SP’s Patricio O’Ward.

With Palou’s penalty, Alexander Rossi moves up to third on the grid, ahead of Felix Rosenqvist with his best qualifying result of the season in fourth. Romain Grosjean will start fifth, followed by pending free agent Jack Harvey in sixth, and Simon Pagenaud – best of the Penske drivers – in seventh.

Josef Newgarden, a native of nearby Hendersonville, Tennessee, will start 12th after his fastest lap in the second round of qualifying was deleted for causing a local yellow flag. Newgarden missed the apex at turn 11 and smashed the wall going onto South 2nd Street, while trying to improve on a time that would have sent him through to the Fast Six. “You can’t wreck and not get penalised. It’s on me,” Newgarden laughed in his post-qualifying interview.

Rookie Jimmie Johnson brought out the only red flag of the afternoon when he crashed at turn 10 on his warm-up lap just two minutes into the first round of qualifying. Rinus VeeKay and Scott McLaughlin also hit the wall during the first round, leaving them unable to advance in the session. VeeKay will start 22nd, McLaughlin 23rd, and Johnson 25th.