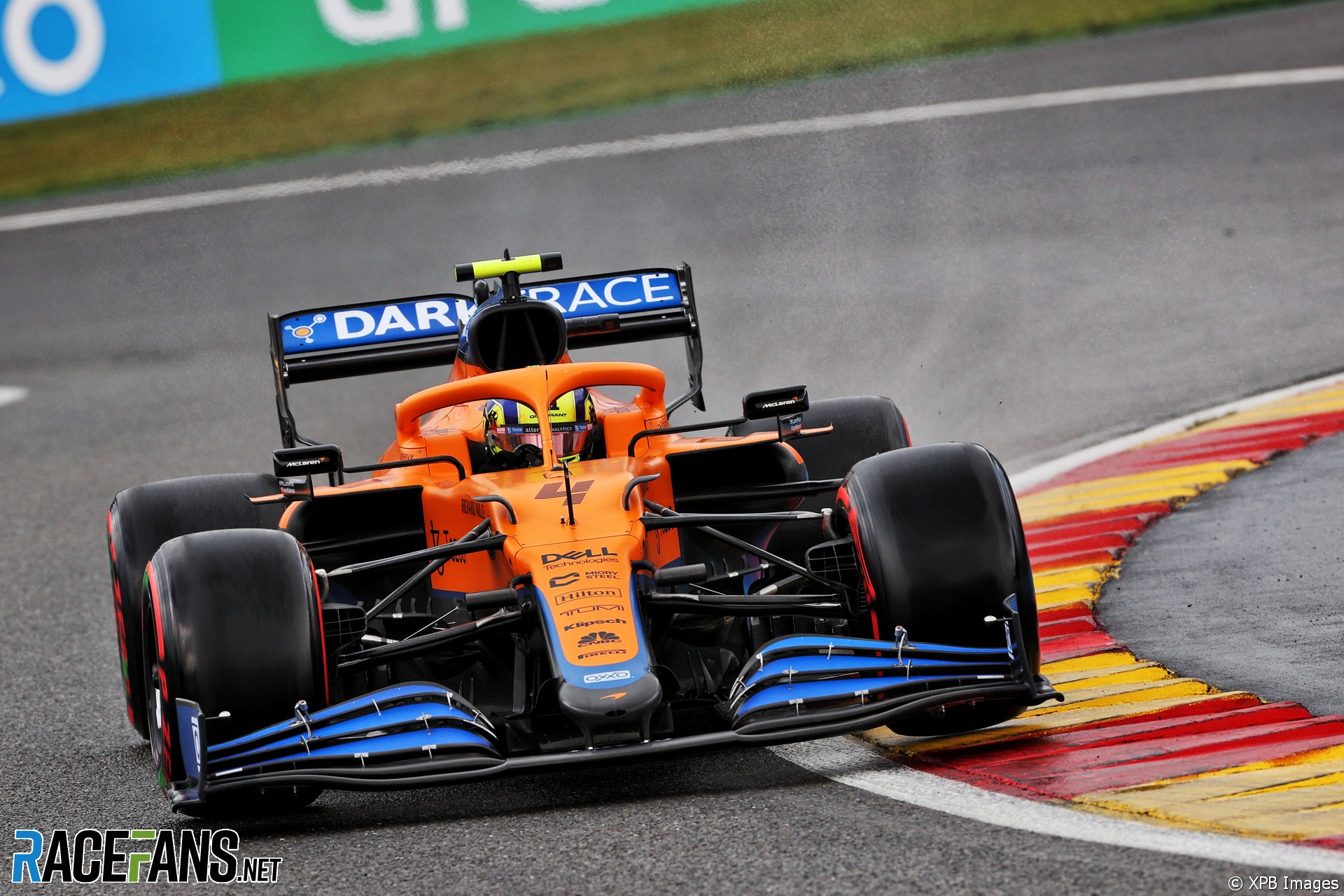 McLaren believe they will still be able to fight for a strong points finish in tomorrow’s Belgian Grand Prix despite Lando Norris’ huge crash in Q3.

Norris looked on course to challenge for pole position after topping the first two parts of qualifying. He was taken to hospital for an X-ray after the crash, but was subsequently declared fit to compete in tomorrow’s race.

His crash left the car heavily damaged and the team facing an extensive repair job ahead of the grand prix. Having failed to set a time, Norris would line up in 10th place, but the likely parts changes for repairs will mean grid penalties, which could see him starting at the back or in the pits.

“The most important thing is that Lando is fine,” said Seidl. “But it’s great to see Daniel finished in P4 today. And with Daniel starting P4 and Lando most likely starting from the back – we need to see what the consequences are – I still think we’re in a good position tomorrow to fight for good points.”

Seidl refrained from criticised FIA Formula 1 race director Michael Masi over the decision to continue Q3 after Norris and other drivers such as Sebastian Vettel warned the track was too wet and cars were aquaplaning.

“I think it would be completely wrong now to point fingers on anyone,” said Seidl. “It’s difficult conditions. We lost the car, so we just have to move on.”

“It was obvious that it was tricky to drive,” he added. “Drivers were reporting aquaplaning, but in the end Lando was on top form, there was a chance to finish quite high up today, and we went for it.

“Sometimes you have to accept it can end up like this. The most important thing is he’s fine.”