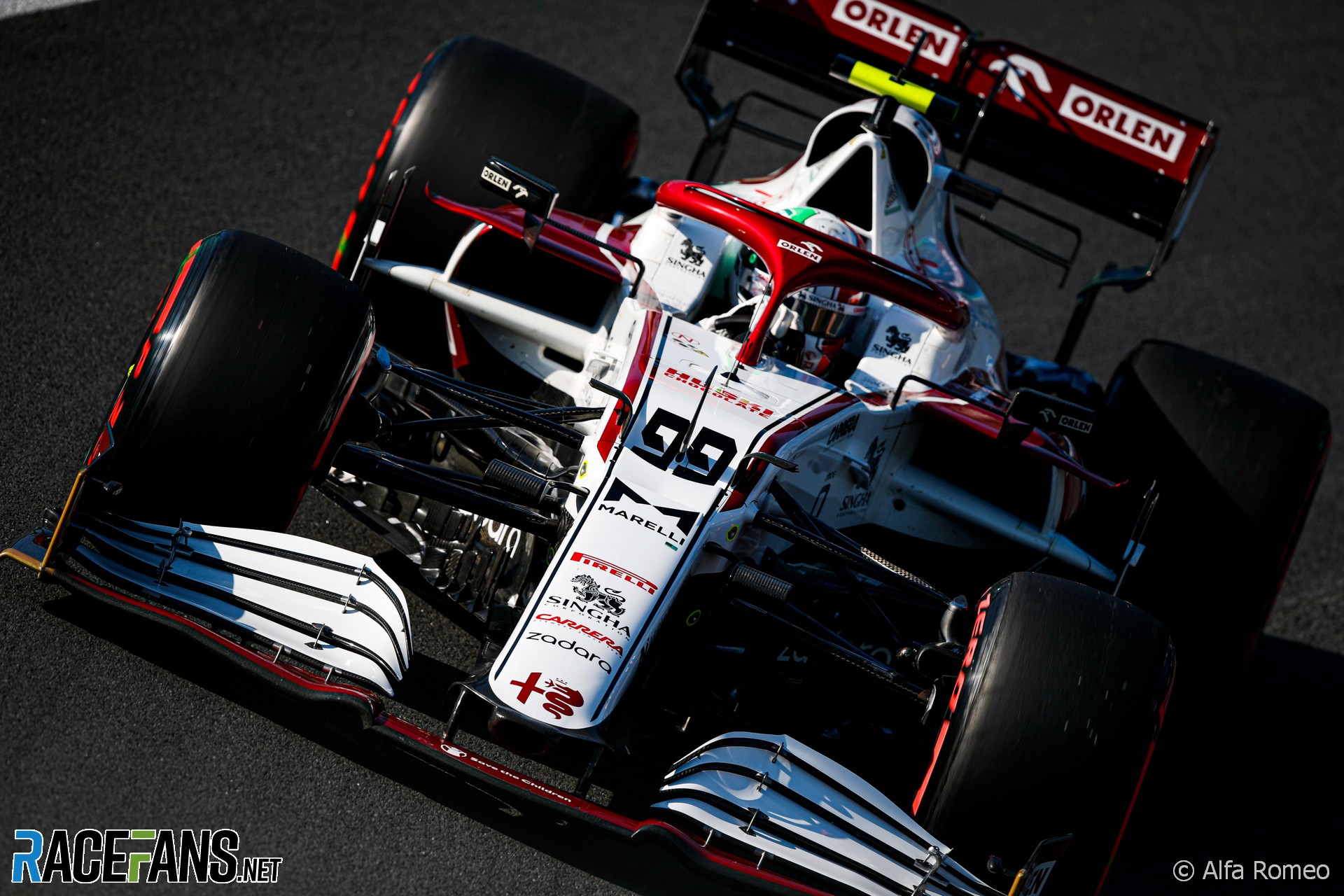 Antonio Giovinazzi said Alfa Romeo “deserved” their best starting position of the season after claiming seventh on the grid for the Dutch Grand Prix.

He described his qualifying session as a “rollercoaster” after a problem with a wheelnut almost ruined his session.

The Alfa Romeo driver will line up immediately behind the two Ferraris of Charles Leclerc and Carlos Sainz Jnr on the grid. But Giovinazzi says it had been a difficult session for the team after a stuck wheelnut threatened to halt his progression in Q2.

“We showed from the onset that that we were in top 10 in FP1, FP2. The car felt just great,” Giovinazzi said.

“To be honest, the qualifying was a little bit of a rollercoaster because at one moment we had an issue with a wheel in Q2. But then the guys, they didn’t give up so thanks to them.”

Once the problem was fixed, Giovinazzi was able to participate in Q3 for the second time this year.

“We went to Q3 and the car was okay – actually, it was great. The lap in Q3 was really mega. I just think we deserved this result.”

Giovinazzi admitted Alfa Romeo did not expect to have such strong single-lap pace around the Zandvoort circuit heading into the weekend.

“This year it’s really difficult to understand which track can be better for us,” said Giovinazzi. “I think it was just teamwork. The car felt good from Friday, when you can build great confidence in a track like this, it’s just better.”

Asked what the target was for the team heading into tomorrow’s race, Giovinazzi answered “keep the position”.

“We start from a good position, P7. I know that something can happen also in the front. So we’ll see but for sure the target is to keep the P7.”