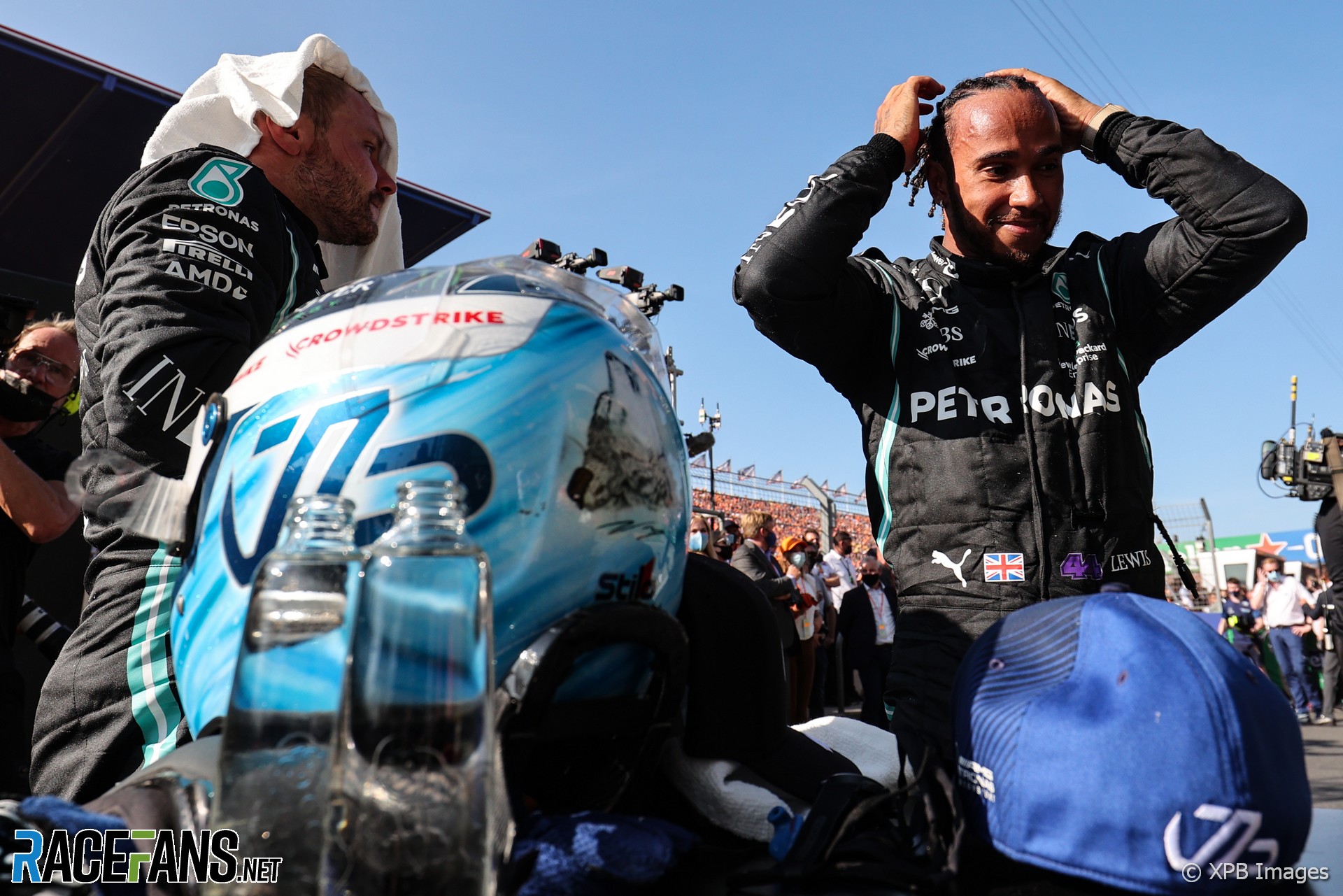 In the round-up: Mercedes team principal Toto Wolff says the team will discuss the mix-up which almost led to Lewis Hamilton losing a point in Snuday’s race.

Valtteri Bottas briefly took fastest lap – and the bonus point – away from Hamilton during Sunday’s race after being told not to by his team. Although Hamilton was easily able to retake the point, had he encountered yellow flags on the final lap he would have left Zandvoort four points behind championship leader Max Verstappen instead of three.

Wolff said the matter will be discussed with the drivers in a sensitive fashion, as he realises Bottas’s frustration after a race in which he had already played a supporting role to Hamilton.

“It could have ended up in a loss of a point for Lewis and it would have also been not right because he had fastest lap until then,” said Wolff.

“But you have to understand also at that point, a certain degree of frustration, of Valtteri. And at the end, everything is good. We’re going to talk about it, but in a most amicable and professional way. But they are not robots and I can certainly relate to the situation.”

Esteban Ocon didn’t realise he’d made contact with team mate Fernando Alonso on the opening lap of the Dutch Grand Prix until he reviewed footage of the race. Alonso passed Ocon after they touched on the approach to turn three.

“At the time I was not understanding why I had my front wheel in the air and why I locked up so easy and my car was not steering,” said Ocon. “But basically Fernando was holding me up from behind – that’s what was happening, I didn’t know he was on that left side, basically. We touched, which allowed him to also get the run on the outside of turn three.”

There was another hectic moment involving the pair as the field raced up the hill to Scheivlak. “It was also quite close for both of us in the run-up to when we overtook Giovinazzi on the outside of turn six and entering seven,” said Ocon. ” We both hit a bump and Fernando almost lost it, we were side by side.

“So it was quite a fun battle. Obviously, I lost a position in that battle but next time it will work in my favour.”

The FIA and F1 reported 16 positive cases of Covid-19 in the week up to and including the Sunday of the Dutch Grand Prix, out of a total of 6,691 tests. Kimi Raikkonen was among them, and was unable to take part in the race as a result.

Got to say, After working with Valtteri he’s an honest, kind hearted hard working guy.
In my opinion one of the very best team players I’ve seen in F1

Have to tell it like it is: I'd forgotten the upcoming event was a sprint race weekend and when I realised my heart sank.#F1 #ItalianGP

Came across @ formularacers_ yesterday (36,000 followers), who fails to link to the original source, with only passing references included. Examples below. 👇 pic.twitter.com/khsz2JqXfr

De Vries is reported to have signed an F1 contract yesterday.

"I was pretty disappointed in myself for throwing away those points in the Feature Race after my battle with Dan Ticktum. In hindsight, it was a battle where I probably shouldn't have fought so hard, but besides that, I think that it has been a really strong year with very few mistakes."

"I feel really sorry for him (David Schumacher) and his team, and for the fans as well because that’s not what anyone wants to see. It isn’t what he deserved, or me. I’ve said sorry to the team (MP Motorsport)."

"According to sources familiar with the program, the new PGA Tour series will be modeled on Netflix’s success with 'Drive to Survive,' the Formula 1 docu-series currently in production on its fourth season."

Could Mercedes have swapped Bottas for another driver sooner?

Ricciardo’s problem was his timing. He was itching to leave and finalized the deal with Renault too soon (summer break). Had he not committed to Renault so early and still be available in the second half of 2018 – the time when Vettel’s performance nose-dived and the pressure on Mercedes reduced – I believe, Mercedes would have been happy to hire him as an equal number one to Lewis. That would have been a great battle to witness.

Ocon was available at multiple points. But I think he would have been a downgrade on Bottas – at least the 2017-2020 Bottas. Ocon didn’t dominate Perez until 2018 which resulted him not getting the 2019 seat. Him being out of a racing for one full year mad him miss out on a 2020 seat. His performance against Ricciardo in 2020 also didn’t put him in good light either.
Sumedh

Happy birthday to Stephen and F1Sauber!