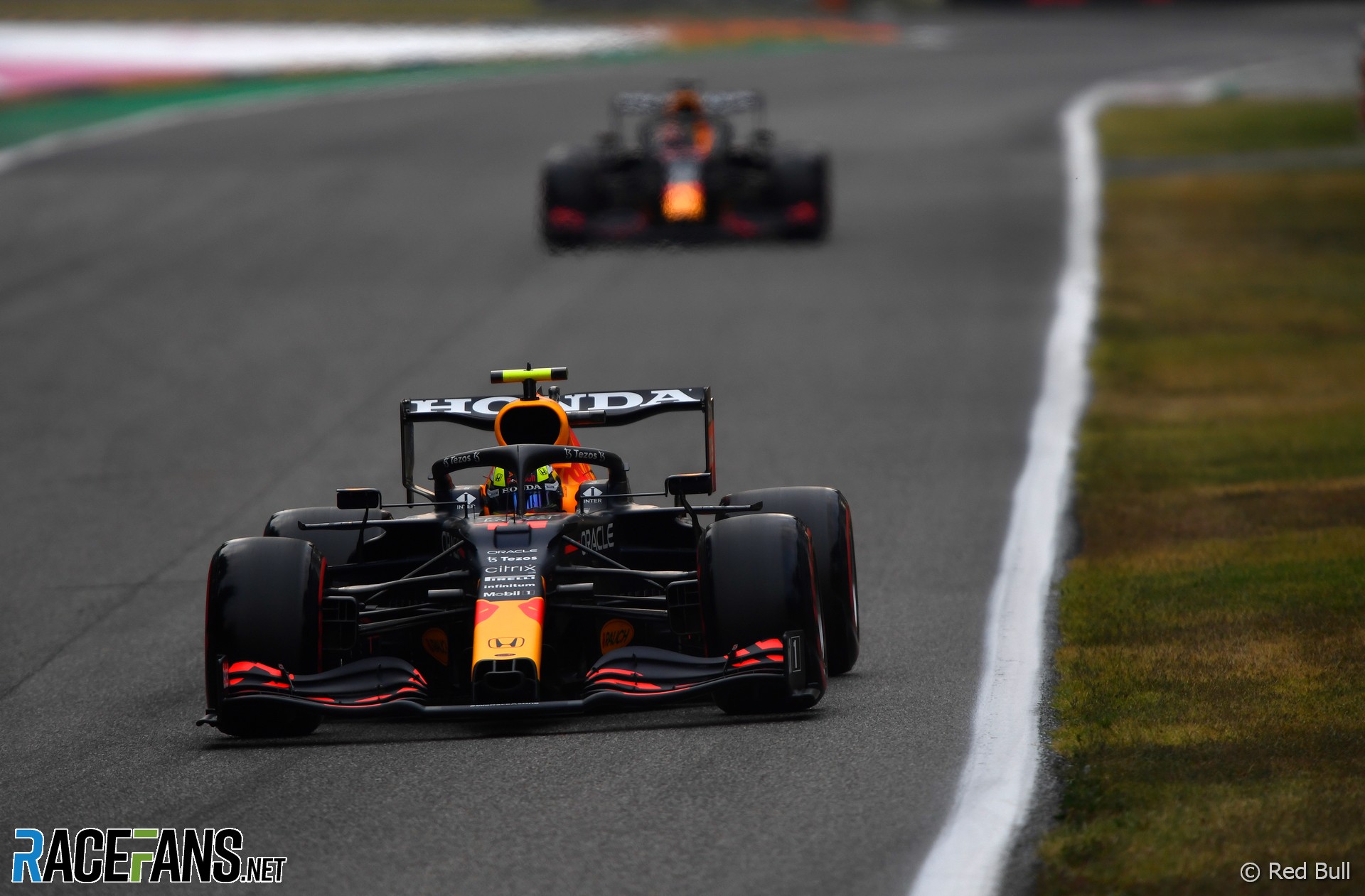 The team choreographed the pair’s runs in Q2 and Q3 to give Verstappen the best possible starting position for tomorrow’s sprint qualifying race.

The pair were sent out of the pits together at the start of Q2, Perez leading Verstappen, the pair maintaining a gap of around four seconds before beginning their laps. As Perez ran without a slipstream from a car ahead, he set a time of 1’21.146, which wasn’t quick enough to secure a place in Q3.

On their final runs Verstappen again followed Perez out a similar distance behind. However this time Perez was able to get a tow from Antonio Giovinazzi and improved his time to a 1’20.882. He made it into Q3 by just three-hundredths of a second.

Horner admitted the team cut it fine. “He was tumbling down the order,” he said, “so it was a little bit nip and tuck in Q2, but thankfully he’d just done enough.”

The team repeated the tactics in Q3. However this time, while Perez again gave Verstappen a tow on both runs, he did the final run without a slipstream of his own. As he was already ninth in the standings at this point, the chances of him moving up from the fifth row of the grid were slim. So it proved: Perez improved his time, but stayed ninth, while Verstappen was unable to improve his time at all, and fell from second to third.

Nonetheless Horner was pleased with the overall result and the role Perez played in it.

“We knew coming into this event that it was going to be one of the biggest challenges for us this year,” said Horner. “But I think as a team we extracted everything we could.

“I think Checo very much played the team role, he gave Max an important tow to be able to get P3, sacrificing about half a second of his own potential if he’d had a tow.”

Horner is satisfied with the progress the team has made at a track which has previously been one of its weakest venues. “I think we’ve halved the deficit to what it was last year here,” he said. “So going into the sprint race tomorrow, I’m okay with that.”