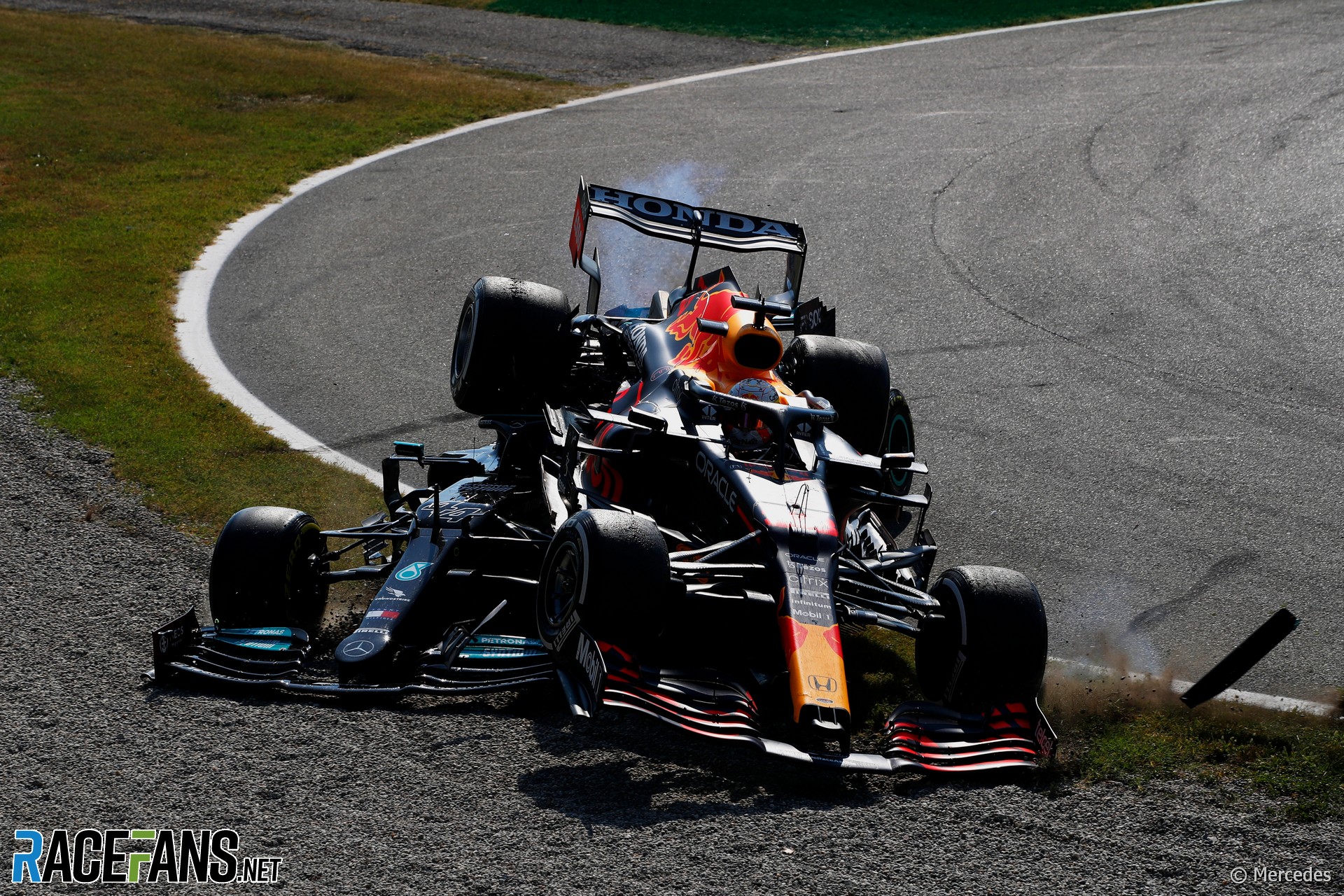 Max Verstappen will carry a penalty into the next round of the world championship at Sochi following his collision with Lewis Hamilton at Monza.

The Red Bull driver was handed a grid penalty after colliding with his championship rival as the pair fought for position at the Rettifilo chicane. Verstappen’s car came to a rest on top of Hamilton’s, putting both out.

The pair have tangled once already this season, at Silverstone. On that occasion, only Verstappen retired while Hamilton was considered responsible. The Mercedes driver was given a 10-second time penalty during the race, which he went on to win.

As both drivers retired from today’s race, Verstappen had to be given a penalty for a subsequent round, as Formula 1 race director Michael Masi explained.

“If they had continued, it would have been a time penalty in the race,” said Masi. “However, they didn’t.

“So in Silverstone – you can’t compare them at all – you’ve got two cars taken out in one incident versus one car taken out in another incident. So they stopped, they could not continue to serve a penalty.

Hamilton’s Silverstone sanction was harsher than the typical five-second time penalty handed down for collisions involving drivers. However Verstappen’s three-place grid drop is typically the smallest such penalty. Grid drops of less than three places are extremely rare, though Sergio Perez was given a one-place penalty last year at Mugello.

Nonetheless, Hamilton’s penalty did not prevent him winning the race at Silverstone. That infuriated Red Bull, who lobbied the FIA unsuccessfully for a stronger penalty.

How seriously Verstappen’s penalty will prove remains to be seen. As things stand, he will start the Russian Grand Prix no higher than fourth, and could well drop behind his championship rival.

“We felt what happened between Max and Lewis was a genuine racing incident,” he added. “You can argue for both sides but ultimately it’s frustrating and disappointing to see both cars out of the race in what is proving to be an exciting championship.”