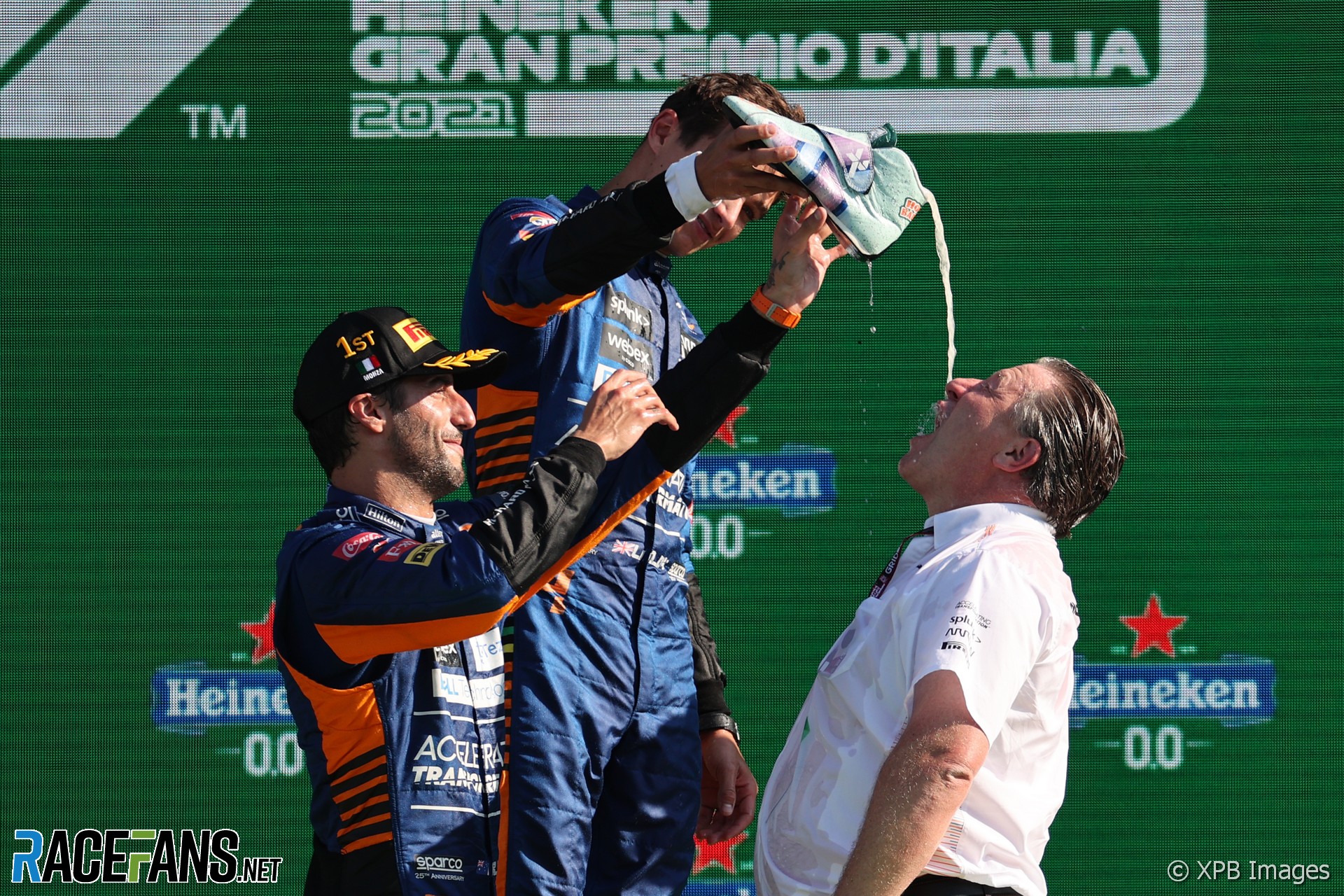 Eight years and 291 days since Jenson Button scored the final victory of his career, McLaren are race winners again in Formula 1.

It has been a long, barren spell for one of the most successful teams in F1 history. Only Ferrari have won more races than McLaren, which makes it hard to imagine almost nine years passed between their most recent triumphs.

The team has had dry spells before, but nothing which compared to this. They went three seasons without a win from 1978 to 1980, following which Ron Dennis took charge of the team and John Watson delivered a long-awaited victory in the 1981 British Grand Prix.

Another barren period spanned 1994-1996 after they lost both the formidable talent of Ayrton Senna and Honda’s potent engines. David Coulthard returned them to winning ways at Melbourne in 1997, their first victory with Mercedes engines.

Similarly, the latest reincarnation of the team has broken its win-less streak having reunited with Mercedes this year, following unsuccessful tie-ups with Honda (as a works team) and Renault (as a customer).

That 3,213-day stretch between wins is the second-longest for a team which has been a consistent competitor throughout that time. The longest such wait between wins was achieved by Ligier. When Olivier Panis won the 1996 Monaco Grand Prix, 14 years and 235 days had passed since the team’s last triumph, courtesy of Jacques Laffite in Canada during the 1981 season.

Ligier’s win-less streak is also longer when measured in terms of races, though the difference isn’t as great, as calendars have grown over the years. They went 231 races between wins compared to McLaren’s 171. The team best-placed to beat either streak is Williams, whose last win prior to this season was, like McLaren, in 2012.

Other teams have gone longer between wins did so while spending periods out of the sport. They include Renault, Lotus, Honda and Mercedes – the latter sitting out every season from 1956 to 2009 as a full constructor, and ending a 56-year win drought when Nico Rosberg won the 2012 Chinese Grand Prix.

Daniel Ricciardo delivered McLaren’s 183rd triumph. Once F1’s most successful team in terms of total victories, they now lag 55 behind leaders Ferrari. They’ve had a relatively dry spell lately too, however: two years will have passed since their last win by the time F1 reconvenes in Sochi for its next round. They added 18 victories during McLaren’s wait for a win.

This was Ricciardo’s first win for a team other than Red Bull and the eighth of his career. The now has as many wins as Jacky Ickx and Denny Hulme. Lando Norris reached the podium for the fifth time, but having led his team mate home at the majority of races it must rankle that Ricciardo grabbed a win first.

Ricciardo and Norris delivered McLaren’s 48th one-two. Powerhouse pairing Ayrton Senna and Alain Prost produced the most for the team with 14, one more than Mika Hakkinen and David Coulthard.

That plus third place for Ricciardo in the sprint qualifying race and the bonus point for fastest lap meant McLaren scored 45 points, the second-highest ever for a team in a single race weekend. The most team could score under the current rules, with one-twos in sprint qualifying and the race plus the fastest lap, is 49, but the only remaining race where that is possible is the Sao Paulo Grand Prix.

The windfall result moves McLaren back ahead of Ferrari in the constructors’ championship. The two are now separated by 13.5 points in their fight over third place.

There was huge disappointment for AlphaTauri, however, 12 months on from their shock home win. Yuki Tsunoda failed to start and 2020 winner Pierre Gasly was out after three laps. Until last weekend, they were the only remaining team to have scored points in every race this year.

Have you spotted any other interesting stats and facts from the Italian Grand Prix? Share them in the comments.