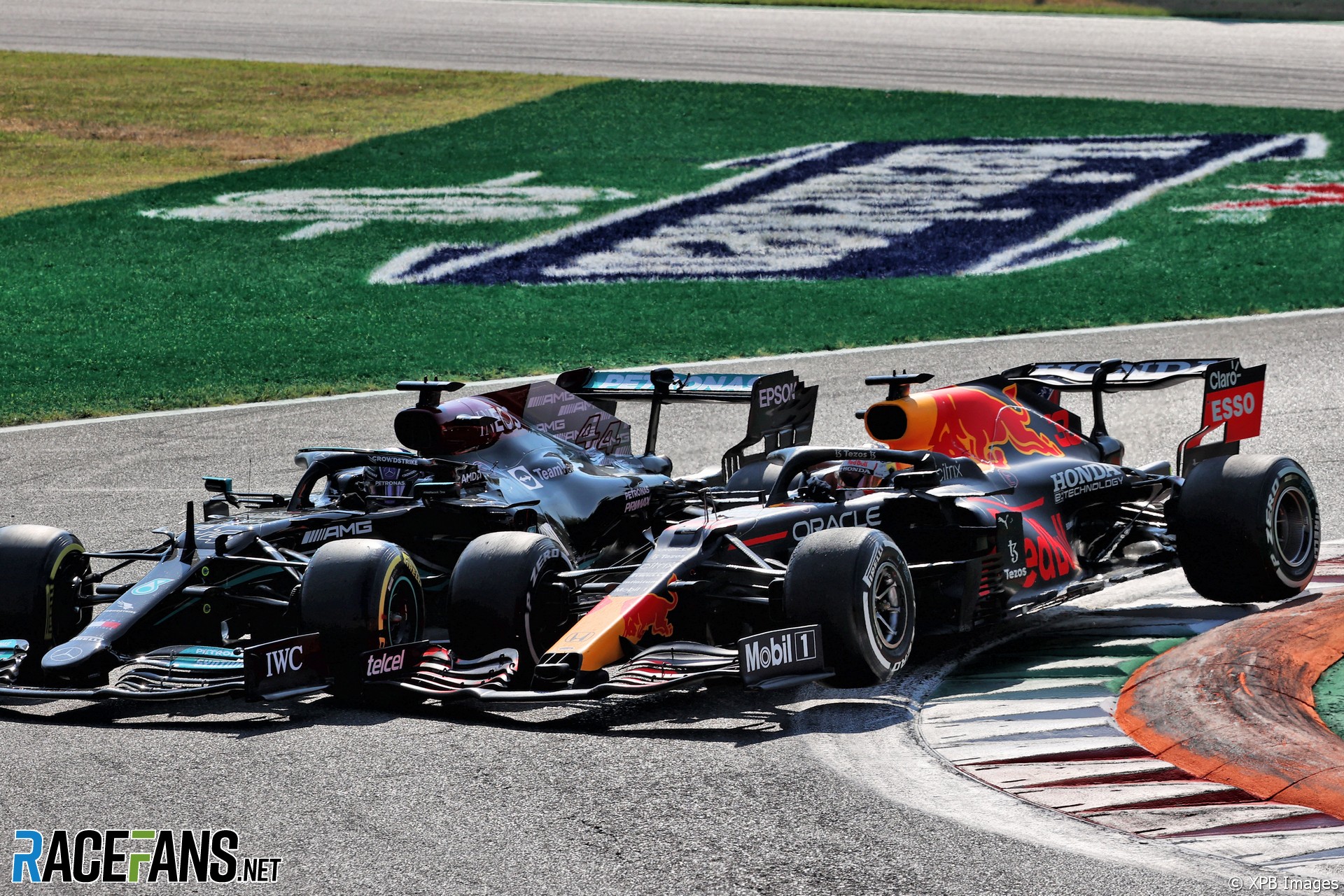 He made his remarks in the wake of Sunday’s collision between Lewis Hamilton and Max Verstappen, which put both drivers out of the race. Wolff originally described the move as a “tactical foul” on Verstappen’s part after he had fallen behind Hamilton during their pit stops.

“For me what we need to avoid in the future is taking each out tactically because you know you’ve lost the position,” said Wolff.

The stewards held Verstappen responsible for the clash on Sunday, handing him a three-place grid penalty for the Russian Grand Prix. But although they found Verstappen was “predominantly” to blame for the collision, they did not suggest the contact had been deliberate.

Speaking before the verdict was announced, Wolff said: “Tactical fouls in order to make sure that the other guy doesn’t win is something which you need to get under control.”

However Wolff conceded he was more inclined to see the contact as deliberate because his sympathies lay with his own driver.

“I didn’t say that [Verstappen] was completely to blame or an absolute judgement on the incident,” said Wolff. “What I said is that one could see it as tactical foul with the bias that each of us needs to just acknowledge. We don’t want to have situations in the future where one loses the position and the only way of stopping the other one scoring is just by taking him out.

“Both of them need to leave space for each other, race each other hard, but avoid accidents. Because it was good fun until now, but we have seen a Halo that saved [Hamilton’s] life and Max had this heavy impact in Silverstone and we don’t want to come to a situation to intervene when somebody gets really hurt.”