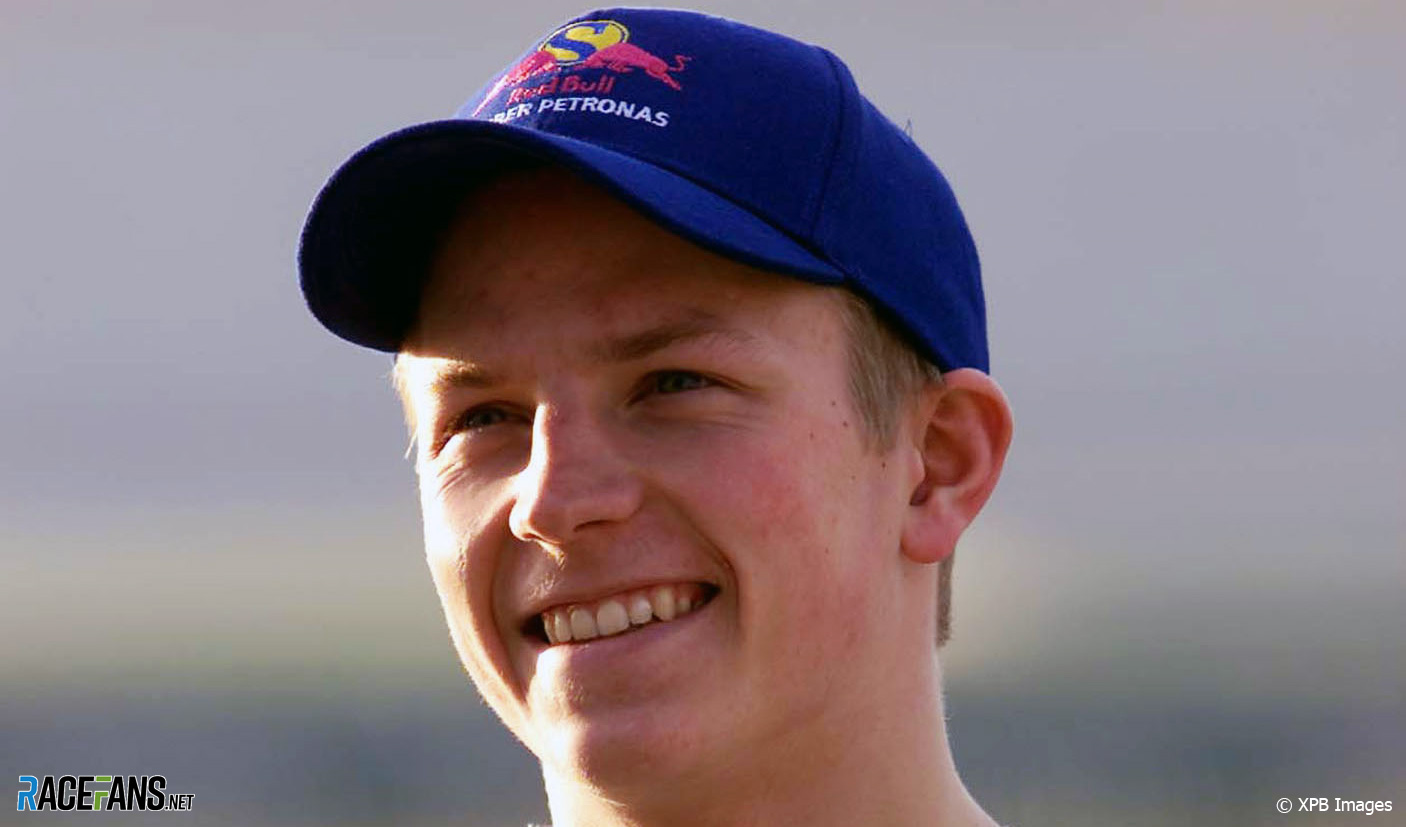 Beat Zehnder has been with Sauber, which runs Alfa Romeo’s Formula 1 team, since before it arrived in the sport in 1993.

He was with the squad when Kimi Raikkonen made his startling debut 20 years ago and remains its team manager as the now 41-year-old racer prepares to bid farewell to the sport.

Zehnder remained close to Raikkonen following the emerging star’s swift departure from the team after his debut season, following which he enjoyed race wins at McLaren and championship success at Ferrari.

He therefore has many tales to tell about one of F1’s most distinctive characters. Some of them are unprintable, others well-known but too good to overlook, such as the difficulty Sauber had locating their young star minutes before his debut in the 2001 Australian Grand Prix at Melbourne.

“The first race in Australia, 10 minutes before pit lane opens for reconnaissance laps, no one could find Kimi,” Zehnder recalls. “We were looking on toilets, we were looking everywhere and Kimi was just not there.

“We had like a catering table in the drivers’ room with a blanket. And he was underneath the table and was sleeping. We said ‘Kimi, come on, in 10 minutes you have to go out for your first race’. And he said ‘Oh, give me another three minutes…'”

As Raikkonen admitted in an interview with RaceFans earlier this year, karting and a single season of Formula Renault had not prepared him physically for the demands of his first run in an F1 car, at Mugello the previous September.

“He was testing alongside Pedro Diniz and pretty soon he was at the same lap time level,” Zehnder remembers. “But he had massive physical problems.

“Mugello is not the best track for a rookie to start testing because it’s physically very demanding and Kimi had massive problems. He couldn’t hold his neck after three laps so we did three laps stint, 15 minutes break, three laps stint.”

The team’s physiotherapist Josef Leberer was in constant demand between runs to provide massages. Despite Raikkonen’s physical limitations, the 20-year-old’s potential was obvious, as Michael Schumacher – who had driven for the Sauber-Mercedes sportscar team during Zehnder’s time – told team boss Peter Sauber.

Once the not-insignificant hurdle of obtaining a superlicence for Raikkonen had been cleared, the team realised they had to get their new hire up to race fitness. As Zehnder recalls, Raikkonen was not thrilled by this development.

“After the test we asked Kimi to spend a month with Josef in the Austrian Alps. And Kimi was so furious about it because he wanted to go back to Finland and we said ‘no, if you want to be a Formula 1 driver, we have to work with you’. The first two days he didn’t talk to Josef, he was so angry.”

On his debut in Australia – once Zehnder coaxed him out from underneath the table – Raikkonen brought his C20 home in seventh place, 12 seconds behind team mate Nick Heidfeld. Then Heidfeld alerted his team to the fact Olivier Panis, who took the chequered flag eight seconds ahead of him, had made a pass under yellow flags.

“We protested Panis for overtaking under yellow,” explains Zehnder. The usual lengthy wait for a decision followed as the FIA rummaged around for footage of the incident.

Once it was found the stewards hit Panis with a 25-second time penalty which dropped him to seventh place, promoting both Sauber drivers. Raikkonen therefore claimed a point on his debut for sixth place.

“Kimi was already in the hotel,” says Zehnder. “I called him and said, mate, very first race, you finished sixth, your very first championship point. And his answer was, ‘ah, there’s still five in front of me…’

“This is his attitude. This is special, he’s a very special person.”

Rival team principals were quick to make their moves, including McLaren’s Ron Dennis, who just a few months earlier had been “completely against” the inexperienced Raikkonen arriving in the sport. He made an approach, and Raikkonen decided to extract himself from his Sauber deal.

“He wrote Peter Sauber a letter that he wants to leave, full stop,” says Zehnder. “He would have been happy to stay in the team, but obviously [it’s different] if you have an offer from a world championship team.

“Peter said rather let him go than keeping him and having him unmotivated within the team. An unmotivated Kimi is not nice to work with.”

Raikkonen and Zehnder enjoyed a frank and open relationship. “We never bullshitted each other, we never lied to each other,” said Zehnder. “We have been brutally open always.”

“Already back then he hated PR events and he tried to sneak out of PR events, of interviews, and sometimes you had to tell him what to do,” he adds. “But we’ve been open all the time to each other.”

This included after Raikkonen moved on from Sauber to McLaren. “At the times when we were refuelling the cars, I always knew how much fuel McLaren had.

Although the pair “never leaked that information out” Raikkonen kept Zehnder abreast of his career plans, including his move to replace the retiring Schumacher at the end of 2006. “I knew very early that Kimi was going to move to Ferrari, a year before he actually moved.”

Zehnder was part of Raikkonen’s entourage during the celebrations of his championship triumph in the final race of 2007. Having produced a shock by overturning the seemingly unassailable lead that Lewis Hamilton held over him with two races to go, Formula 1’s renowned party animal cut loose. Zehnder bailed out of the drinking in the early hours of the morning while the new champion ploughed on.

“We had some party and we finished. I left his room – because we went on drinking in his room – at two o’clock. I told him ‘Kimi I have to pack my stuff and get to the airport, to the flight and don’t be late, my mate’.”

At the airport the following day Raikkonen was nowhere to be seen until he called Zehnder three-quarters of an hour before take-off and asked if they could hold the plane on the ground.

“I said: ‘Where are you?’ He said: ‘I have no idea. I’m with the driver but I have no idea how long it takes to the airport.”

The team persuaded the airline to hold the flight. “He came rather late. We organised everything, baggage tags, he was guided through customs.” Finally he arrived. But the world champion’s eagerness to keep the party going was brought sharply into check by a frustrated air steward when Raikkonen asked how long the delayed flight would now have to wait for a take-off slot.

Now 14 years later, Raikkonen is embarking on his final races as an F1 driver. He kept his decision to retire from F1 to himself until he was ready to announce it. Zehnder says it is “an end of an era”, but feels the time is right for Raikkonen to move on.

10 comments on ““There’s still five in front of me”: How Raikkonen reacted to sixth on his debut”