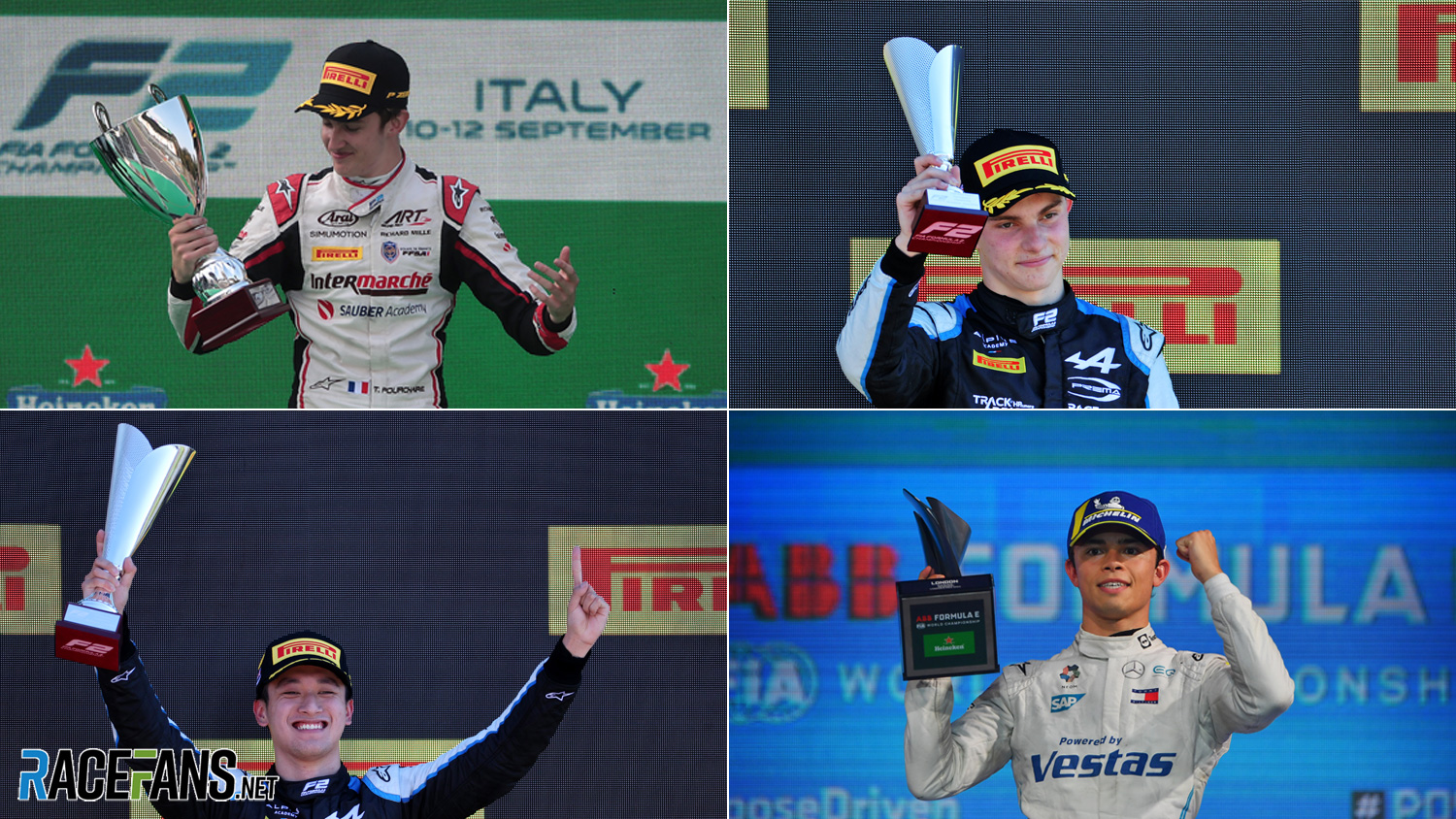 Competition is fierce for one of the last remaining places on the grid for the 2022 F1 season.

Alfa Romeo could opt to retain Antonio Giovinazzi for a fourth campaign. But there are several promising newcomers, some of which come with the added enticement of financial backing, who could form an all-new line-up with the incoming Valtteri Bottas next year.

Team principal Frederic Vasseur told RaceFans he intends to make a decision around the end of the month. Who should he opt for?

The 22-year-old who lies second in the Formula 2 standings is widely considered the favourite for the drive, not merely because he’s quick, but he also stands to become the first Chinese driver to race in Formula 1, attracting the interest of a significant market. Having spent four years on Ferrari’s young driver programme he was picked up by Renault (now Alpine) in 2019.

Zhou topped up his superlicence points total with victory over a generally experienced Asian Formula 3 field at the beginning of the season and has a strong chance of adding the Formula 2 title before the year is over. That would be no less than is expected of the driver who was the F2’s top rookie in 2019.

By his own admission, 20-year-old Piastri is not thought a leading contender for the seat, though if this was judged on results alone he’d surely be the top choice. An Alpine junior like Zhou, he is on course to win his third title in as many seasons, having followed up his 2019 Formula Renault Eurocup title with FIA Formula 3 success last year.

Last weekend at Monza Piastri demonstrated exactly why he’s leading the Formula 2 points table, claiming the only ‘real’ pole position for the second weekend in a row on pure speed and keeping Zhou in his mirrors while avoiding the many opportunities to become entangled in costly incidents. He has a serious chance of emulating George Russell and Valtteri Bottas’ feat of winning back-to-back F2 and F3 (previously GP3) titles, but unlike them is expected to be overlooked for an F1 drive next year.

The rapid ascent of 18-year-old Pourchaire caught the eye of Sauber – who run Alfa Romeo’s F1 team – and appointed them to their own junior programme. He’s delivered an F4 title in Germany, nearly pipped Piastri to F3 honours last year, and is already a race-winner in F2. His pace around Monaco on his first visit to the principality was startling, as with the composure he showed en route to victory.

Unfortunately an injury at the next round in Azerbaijan knocked his progress off-course. Now fifth in the standings, a title bid remains a possibility, though he lost ground to Piastri and Zhou at Monza. Sauber don’t want to rush him into F1, and a second season of F2 looks like a probability at this stage, followed by a possible promotion in 2023.

Mercedes has been eager to find a place for its junior driver who won the Formula 2 title in 2019 and added the Formula E world championship crown this year. But having missed out on the Williams drive to Alexander Albon, the same may well happen at Alfa Romeo, as Vasseur has admitted there are ‘complications’ arising from his association with Mercedes.

In his third season of Formula 1 Giovinazzi has increasingly out-paced team mate Kimi Raikkonen in qualifying and taken his car into Q3 at the last two rounds. However he’s failed to convert those opportunities into points finishes, notably through an unnecessary collision with Carlos Sainz Jnr last weekend.

Ferrari have made it clear they would like to see him in one of their customer team’s cars, but that doesn’t guarantee him the drive.

The Ferrari Driver Academy member would surely welcome the opportunity to get into a slightly less uncompetitive car, or to be partnered with someone less fixated on beating him as his current team mate. But Ferrari appear content to keep Schumacher at Haas next year.

Last year’s Formula 2 runner-up (to Schumacher), Ilott acquitted himself well on his IndyCar debut last weekend and appears to have a good chance at landing a full-time drive with the re-formed Juncos Hollinger squad next year.

Another of Ferrari’s extensive roster of junior talents, Shwartzman began 2020 strongly alongside Schumacher at Prema, then faded. In much the same way, he’s been eclipsed by the less experienced Piastri at the team this year.

Raikkonen’s recent bout of Covid-19 handed the one-time grand prix winner an unexpected opportunity to return to F1 racing. However Kubica admitted he is an outsider at best for a full-time driver in 2021.

Alfa Romeo will find it hard to turn down Zhou who has the compelling combination of ability and wealth – with a reputed $30 million in sponsorship behind him. Formula 1 would desperately love to be able to welcome the Chinese Grand Prix back to the calendar next season after a two-year absence with its first local driver.

It would be wrong to write Zhou off as merely a ‘pay driver’ – he’s clearly capable and the particular challenges of coming from a country which has not produced as many top-line drivers as Europe or Australia shouldn’t be underestimated. Nonetheless, there are more exciting talents out there.

It would seem especially unjust for Piastri’s success to go unrewarded, so I’m most keen to see him get a drive at present. Pourchaire’s obvious potential can’t be overlooked either – if he got the gig for 2022, it would be hard to begrudge it.

Who should Alfa Romeo hire for 2022? Cast your vote below and have your say in the comments.

Who should Alfa Romeo hire to be Valtteri Bottas' team mate in 2022?

73 comments on “Who should Alfa Romeo hire to partner Bottas in 2022?”