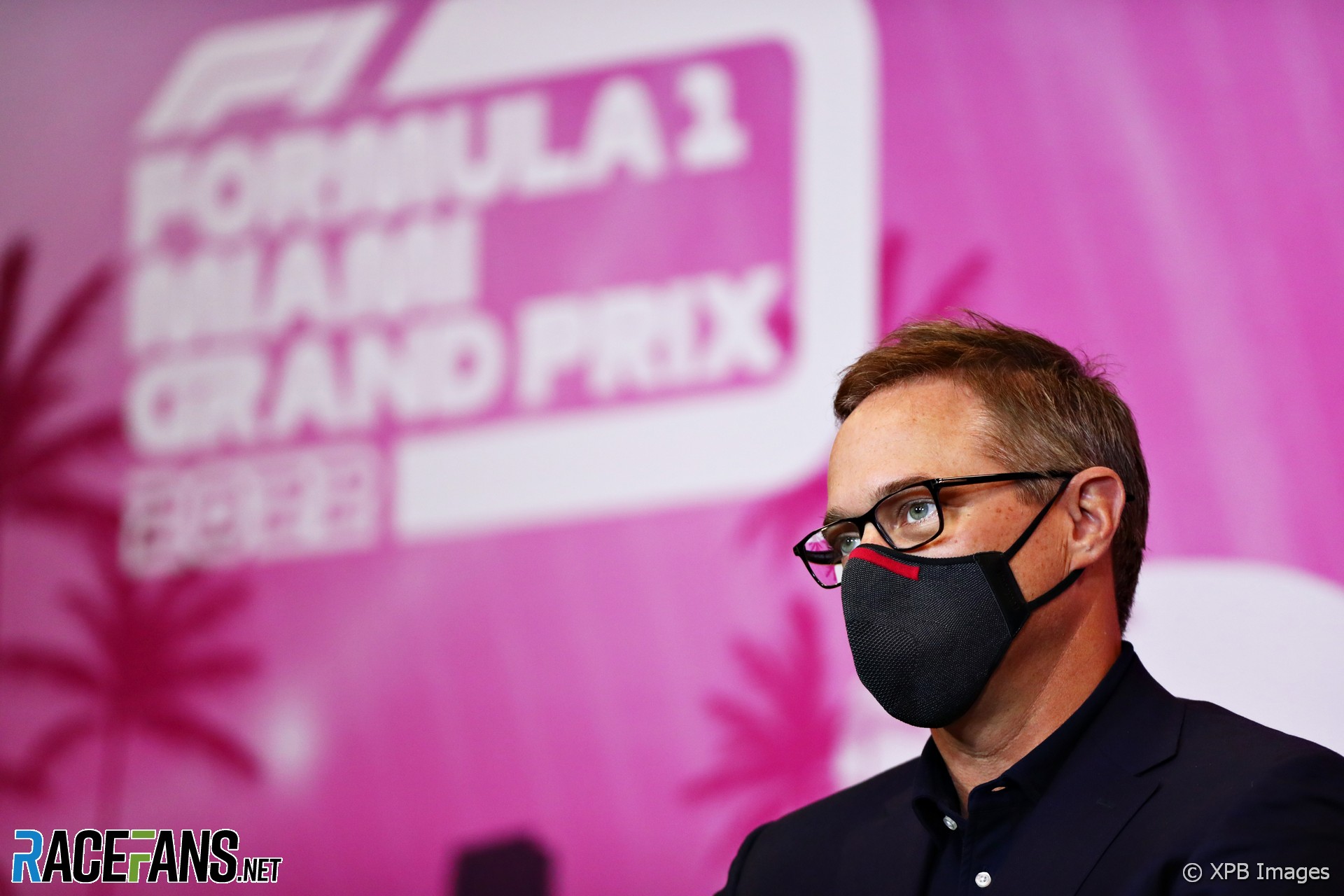 Having an American driver is not essential to Formula 1’s success in the United States, according to the promoter of the Miami Grand Prix.

F1 will add a second US round of the championship next year at the Miami International Autodrome, a temporary circuit being built around the Hard Rock Stadium in Miami Gardens.

The championship has long coveted a larger following in one of the world’s most lucrative markets. A successful American driver has been seen as key to that.

However Tom Garfinkel, managing partner of the Miami Grand Prix, says the sport is gaining popularity despite not having had an American driver since Alexander Rossi’s brief appearance six years ago.

He cited the popularity of Netflix series Drive to Survive as an example of how the sport is connecting with more fans in the USA.

“It’s definitely increased the fan support and interest,” he said. “Especially, anecdotally, amongst teenagers. I see it with my sons and their friends, that series is something that they watch with anticipation and excitement and it’s gotten them excited about watching the races and getting to know the drivers and getting simulators and driving themselves. So I think that series has really increased fan support in the US a lot.”

“The television ratings in the United States are up I think over 50 percent on the races right now,” he added. “The more that American companies, American fans get involved, the better it is for everyone.”

Garfinkel expects interest in F1 will continue to rise steadily in America following the addition of a second race in the country.

“It doesn’t happen overnight,” he said. “The Netflix series, having another race in the United States in addition to Austin, in Miami, I think is going to help.

“The more people get educated about the sport, the more you fall in love with it. It’s not the kind of sport that you just turn on TV and all of a sudden you’re watching a race and you understand what’s going on. You have to know the strategy, what’s happening with the cars, the track, the drivers, the personalities.

“I think Formula 1 is doing a great job of telling those stories and growing the fan base and I think that it’s going to take some time. But having the race in Miami is one element of that, it’s certainly going to help.”

7 comments on “US driver great to have but not essential, says Miami F1 race promoter”