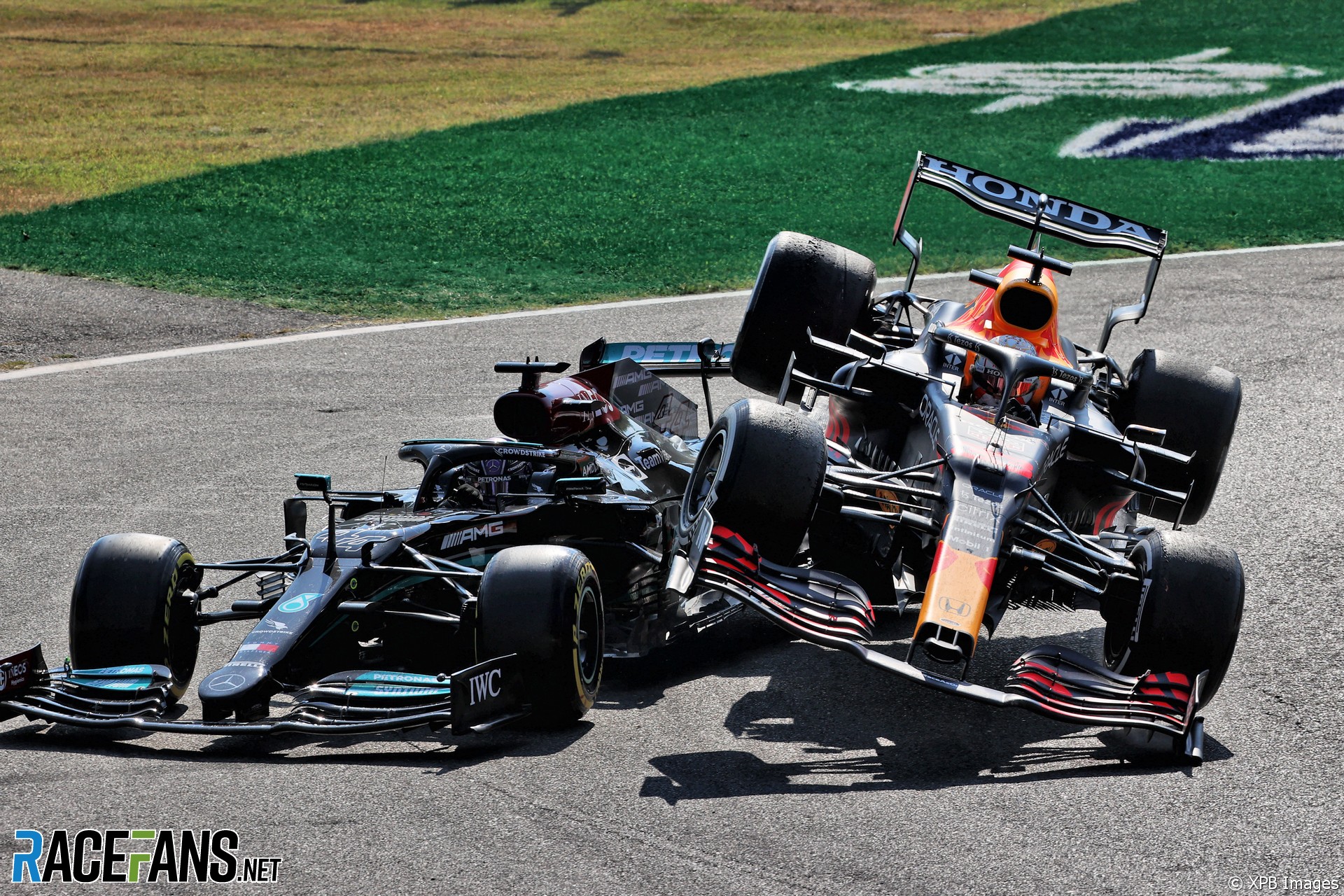 Lewis Hamilton says he has learned from experience when not to risk an overtaking move which is unlikely to succeed.

He made the remarks following his second collision with championship rival Max Verstappen this year. The pair tangled at Monza while the Red Bull driver was trying to overtake the Mercedes.

The two drivers previously collided at Silverstone. The seven-times world champion suggested Verstappen’s lack of experience in championship contests is leading him to take more risks.

“I’m putting all the energy into moving forwards,” said Hamilton. “Naturally we’re battling for a championship. I remember what it was like battling for my first championship and obviously I’m fighting in my tenth battle, something like that. But I remember what it was like and I know the pressures that comes with it and the experience that go with it so I can empathise with that.

“I think what’s important is that we continue to race hard but fair. I have no doubt that we will both be professional and learn from the past.”

The stewards ruled Verstappen was predominantly to blame for the collision and have given him a three-place grid penalty for this weekend’s race. Hamilton said drivers learn from experience when to back out of fights for position which they aren’t going to win.

“I never expect a driver to back down,” he said. “That’s not how I approach racing any drivers.

“I think ultimately we all have to be smart and know there’s a time that you’re not going make a corner. It’s all about making sure you live to fight the next corner. And that’s really just through experience you find that balance and you know that it’s not all won on one corner so there will be other opportunities.

“As I said I know what it’s like having your first fight for your first championship and your eagerness, you go through lots of different experiences and emotions during that time. I do believe that we’ll continue to get stronger and I’m hopeful we won’t have any more incidents through the year.”

Asked whether he felt Verstappen was feeling the pressure of the championship fight, Hamilton said: “Obviously he won’t admit to it, I’m not going to make an assumption.

“But I’m just saying I remember it was difficult, it was intense. I was going through a lot of different emotions, I didn’t always handle it the best. And that’s to be expected, it’s a lot of pressure.

“You’re working in a big team, there’s a lot of self-expectation and pressure because the desire to win is huge. So I was just saying that I empathise and understand that. But I know that we will continue to grow from this.”

However Hamilton said he felt the burden of pressure much more strongly in his first championship fight than he does today.

“It’s a lot easier to handle than my first one. But I’ve been here a long time so it’s much easier to deal with it now.

“In my first year I was very young and didn’t have the tools to be able to handle the sort of pressures that were being put on me so it’s a lot different for me.”