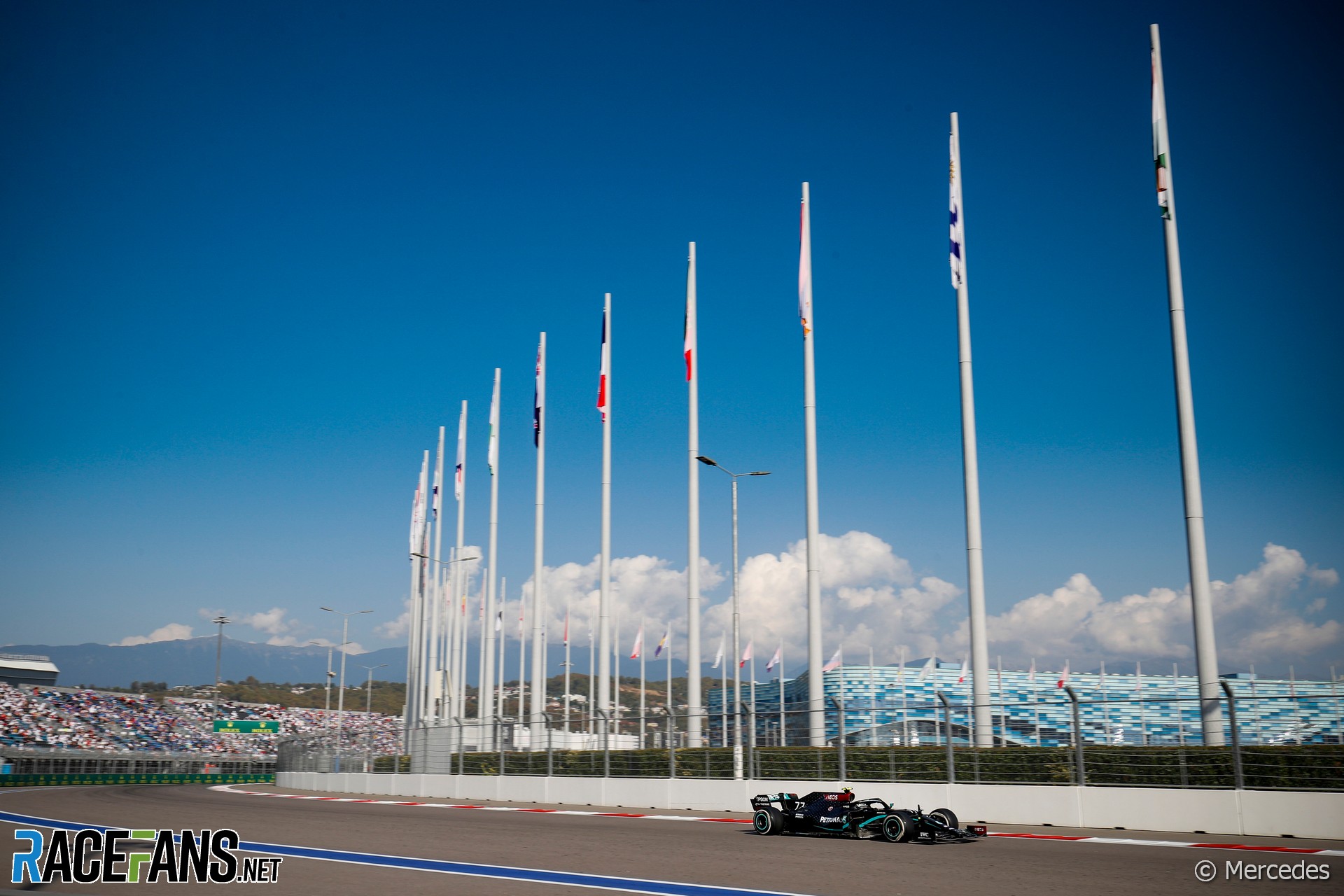 A high chance of rain on Saturday could make for a dramatic qualifying session at the Russian Grand Prix.

Friday and Sunday share a relatively low chance of rain, so practice and the grand prix itself should be on dry track. However, Saturday’s weather could cause problems for F1 – and its packed support race schedule.

Formula 2 and Formula 3 are both joining F1 for the Russian Grand Prix weekend, the only time both junior series have been part of the same grand prix event this year after F3’s finale was moved from the United States Grand Prix. As a consequence of both series needing to run three races over the course of the weekend, each will hold two on Saturday, in addition to F1’s final practice and qualifying sessions.

However the forecast 80% chance of rain throughout much of the day may throw a spanner in the works. Teams from the two support series have already encountered problems with the weather as rainfall earlier in the week left some car preparation areas flooded. Some have shared videos on social media of their personnel waist-deep in water.

Otherwise, the weekend will be largely overcast, with sparse cloud cover early on Friday which should become denser in the afternoon. Following Saturday’s rain, heavy cloud cover that will continue into Sunday morning. The grand prix may see the best of the conditions, with cloud cover starting to lift on Sunday afternoon.

The other significant feature of the weekend will be significantly lower temperatures than usual. Last year air temperatures nudged 30C during the grand prix, but 12 months on they will only just break into the twenties. Friday’s practice sessions will see particularly cool conditions, potentially no higher than 14C.

Wind speeds will overall be fairly low, across the weekend, at 15-25 kilometres per hour for all three days of running. However, the wind will change directions, starting with a south-easterly breeze on Friday before changing to directly south on Saturday and then fully reversing to be north-westerly on Sunday.