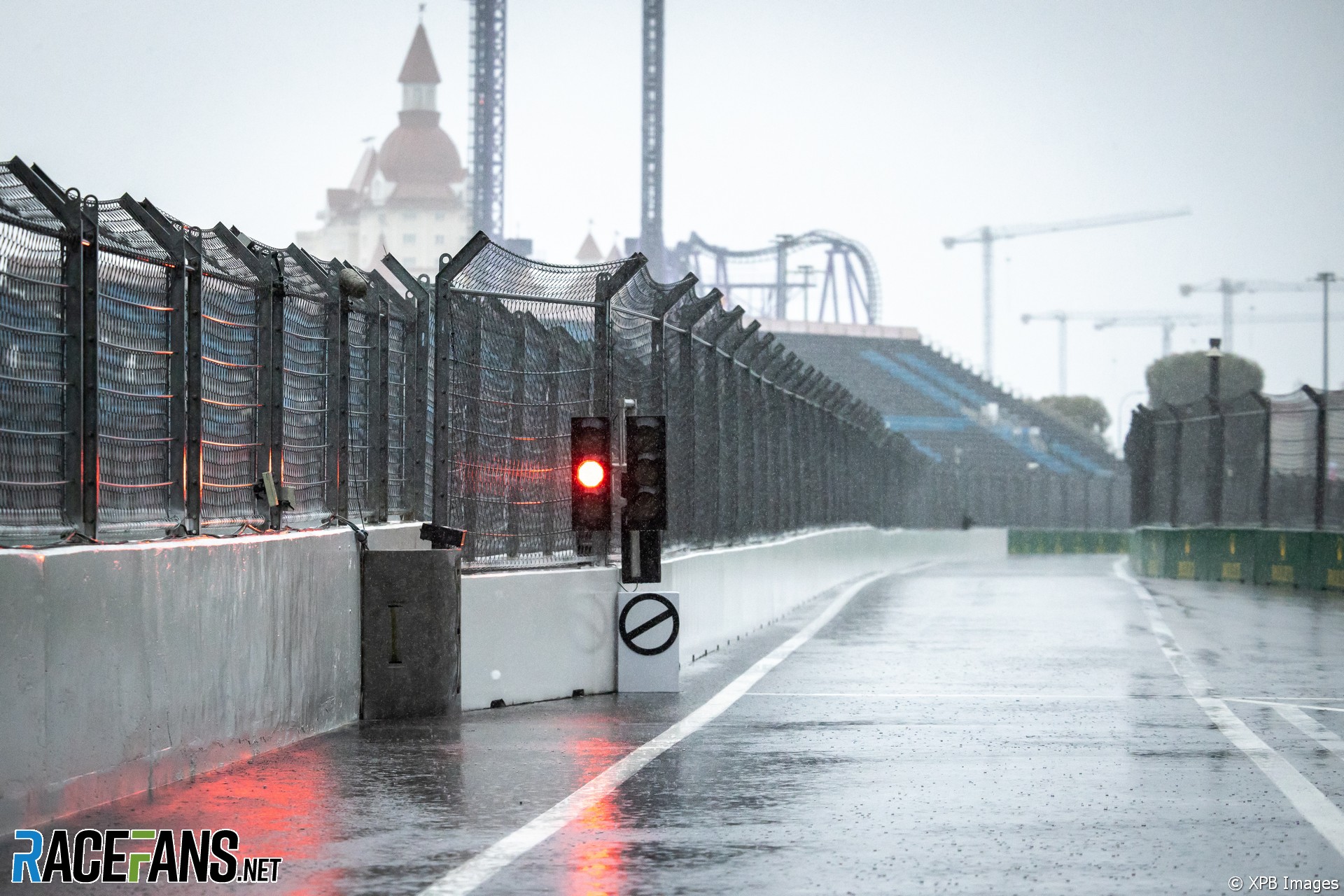 Formula 2 and Formula 3 have trimmed their schedules from three races each to two due to the wet conditions at Sochi Autodrom.

Formula 3 moved its first sprint race of the weekend forward to yesterday to clear space in Saturday’s timetable.

Its second sprint race, which was due to be held at 1:40pm local time, has now officially been cancelled. The series has confirmed it intends to run tomorrow’s season-concluding feature race as planned. Jonathan Hoggard and Jak Crawford were due to start the second sprint race from the front row.

Formula 2’s first race this morning was postponed as a sustained downpour hit the track making it impossible for the race to go ahead. The series intends to run that race at a later time, but has cancelled its second sprint race. F2’s first sprint race has been tentatively scheduled for 4:45pm, when race two was originally due to go ahead, but that is at the mercy of F1’s qualifying session, which is scheduled for 3pm.

Both series’ feature races are intended to go ahead as planned tomorrow morning, ahead of the Formula 1 race. However further changes may be needed should the conditions force F1 to postpone its qualifying session from Saturday afternoon to Sunday morning.