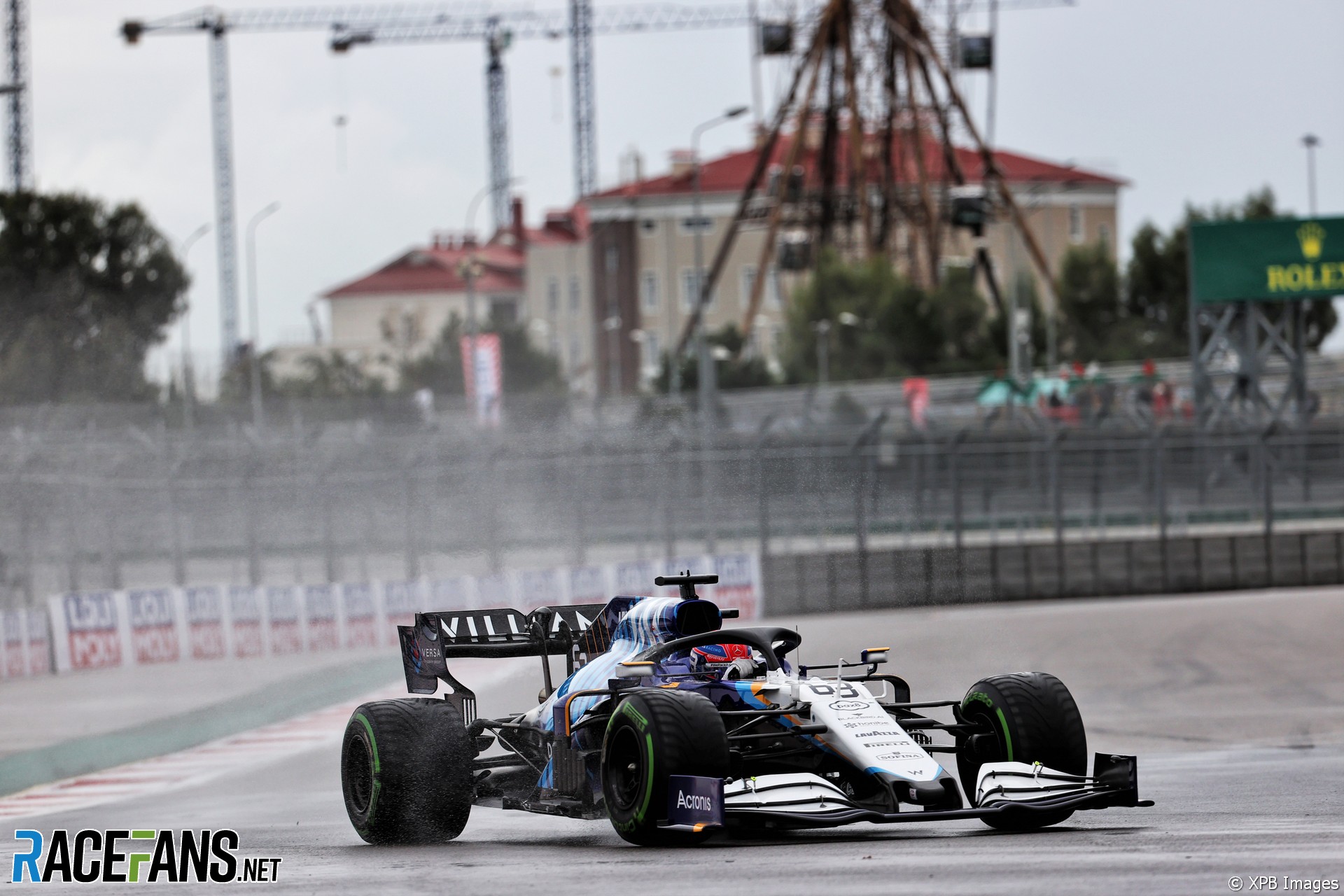 George Russell revealed his pivotal switch to slick tyres during qualifying came about because of a miscommunication with his team.

The Williams driver was the first to gamble on changing from intermediate to slick tyres as the track dried. However he said his team misunderstood his instruction to prepare the slicks and called him in immediately to fit them.

“I came on the radio to say to [tell] the guys let’s get the slicks ready because it’s definitely going to go slicks. And they replied saying, ‘okay let’s box this lap’. So I thought they may have misunderstood what I meant by that radio comment.”

He decided to go with the gamble and went along with the change of tyres.

“I said, let’s go for it. We’ve got to go for it in these sessions. High risk, high reward, especially in these conditions.”

He had a scare when he returned to the track with the slick tyres fitted. “When I came out of the pit lane on the slicks I almost crashed straight out of the box,” he said.

He eventually secured third on the grid behind Lando Norris and Carlos Sainz Jnr.

“It was only on that last lap, I kept getting a little bit of traffic in there, I couldn’t complete the lap. So that was a bit frustrating.

“But as it was for everybody, I knew that last lap was going to be the killer lap. So we saved it all for then and here we are. It’s a bit surreal, second top-three in four races now.”

Russell’s qualifying position is his second top-three start in the last four races, following his second on the grid at Spa. He said he used a similar approach, preparing his car to ensure it was in the best possible condition for the final lap when the track was at its best.

“I saw the dry line appearing and I knew if there wasn’t an interrupted session, it definitely would have been slicks. So I was pretty relaxed.

“I was pushing the limits but I wasn’t going too crazy because I knew that on that opening lap or the out-lap I could have easily ended up in the wall if you’re half a metre too wide and you get a wet patch. I was sort of saving it for that last lap and making sure I had the right track position.

“I had a bit of traffic here and there, I still wouldn’t have been quick enough to fight for pole at that point. So I thought, let’s just save it and make sure we’re in a great position for that final lap and go for it. So it’s similar to Spa to be honest.”